Last night we joined the Crude Brew Crew (CBC) Homebrew Club whose March meeting just happened to fall on St. Patrick’s Day this year. The event with was held at CBC member Noel’s home and featured the brewing of a Heady Topper clone that smelled delicious with its almost one pound of hops added. In addition there was an Irish Kissed Ale that was homebrewed by Michael last month and an outstanding Wild Smog City that Noel brewer from wort obtained at a Smog City Monster Brew. There were also a few bottles shared including The Bruery’s Mocha Wednesday and Kern River’s Citra that Keith and April brought along with them; if you have not had a chance to try that yet it is fantastic. The club’s president Jules brought his Kiwi’s Big Adventure that he brewed with Phantom Ales and he brought the fixings for some delicious corned beef tacos. We also got an opportunity to try Leprechaun Balls, clipped and prepared by April. They are even better than they sound.

If you are a home brewer and do not belong to a homebrew club you should really consider joining one. It is a great way to interact with others that share your passion for brewing and they are always willing to help you learn to brew better beer. You can learn more about the Crude Brew Crew by visiting their Facebook page. Cheers! 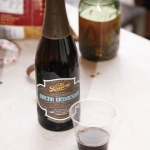 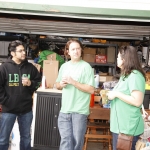 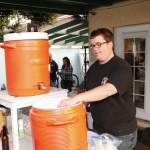 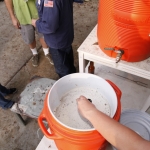 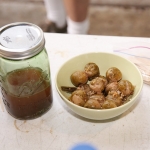 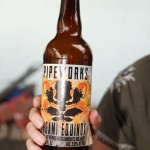 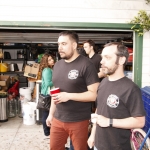 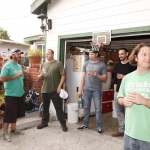 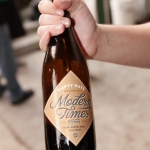 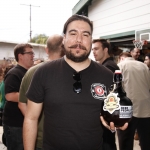 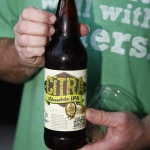 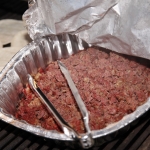 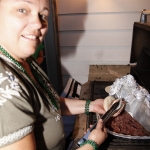 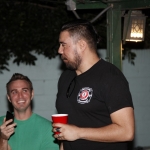 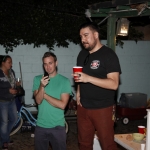 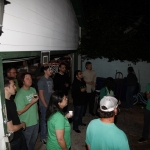 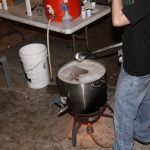 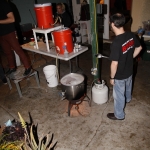