Sunday was day two of the 2015 LA Beer Week (#LABW7) and it was Father’s Day. As my daughter wanted to take me out for Father’s Day and I wanted to take my dad out, we decided that we would all go together. My dad enjoys his craft beer but I know I have brought things over to the house that he just was not into; so I asked him if he had ever tried a wild ale or sour beer. He had not, but was willing to give it a try, so we decided that we would head over to Phantom Carriage for their Father’s Day Brunch and Vinyl Sunday.

I brought Elvis Costello’s “My Aim is True” which they put on the turntable while Tanya and I enjoyed Beer-Mosas with their Brewers Breakfast. In the meantime I introduced dad to Muis; it wasn’t his thing and he asked if they had an IPA. I brought him a Hoppy Birthday and his eyes lit up. After learning it wasn’t brewed by Phantom Carriage he said he wanted to try something else by them; I should just surprise him. Well, apparently his palate warmed up and he truly enjoyed the Dolores Nitro I presented.

We got there when they first opened and it had a decent group; by the time we finished eating, drinking and visiting the place was packed. It is good to see that they are continuing to grow. Speaking of which, they now have growlers of Muis available; bottles of some of their other brews will be there before you know it.

For the fundraiser, Monkish created four cask brews and donated 100% of the proceeds to The SOLD Project. The four casks, which I understand were done primarily by Jen, were the Wai Thai, Coco Daddy, Hot Papi and Spoiled Brat. My dad enjoyed a taste of the Spoiled Brat but Shaolin Fist and St. Mosaic won him over.

After dropping my dad off and taking care of the dogs we headed over to the International Boardwalk to check out King Harbor Brewing’s new Waterfront Tasting Room since I had not been there since they actually opened. Since it was Father’s Day the Redondo Beach Pier and International Boardwalk were packed. In fact, we almost had to leave because there was no parking; then one appeared as we were headed out of the parking structure. I guess it was meant to be.

The Waterfront Tasting Room was doing very good business as people took advantage of the good beer, weather and people watching. While I was there I was able to observe (and photograph) the filling of their new crowlers. It is pretty cool to watch the first couple times and they appear to be very popular. After enjoying a Simcoe IPA and a Radler for Tanya, we walked next door to a new place called The Slip Bar & Eatery. I met the owners a few weeks ago when I first went to photograph the Waterfront Tasting Room and we have a couple friends that recommended them; since they were now having their soft open Tanya suggested we check out their food menu. I will give them some time to work out the kinks before we return.

We then headed over to Naja’s Place. Now, Naja’s usually has 88 taps but I forget that they are having their Meeting of the Guilds on Wednesday and that is going to take up 60 taps. Then they have another event a couple days after that; so taps are sparse this week. Luckily, they have all kinds of Deschutes The Abyss on tap going back to 2009, so it wasn’t all bad.

Tonight will be the Pink Boots Takeover of Three Weavers. Tickets are $20 and must be purchased online, in advance. It should be fun and the proceeds go to the Pink Boots scholarship fund. I hope to see you there. Cheers!

Back to LABW7: Father’s Day
[Show as slideshow] 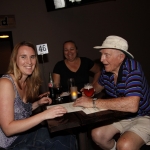 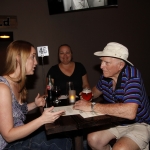 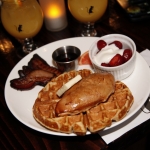 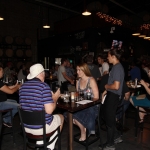 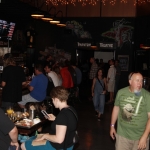 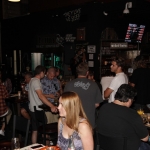 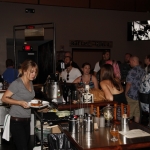 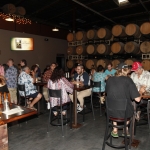 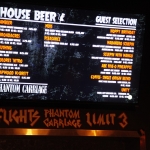 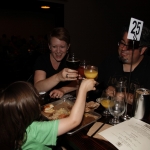 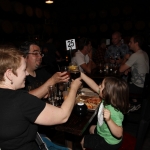 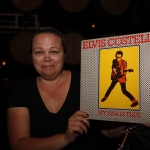 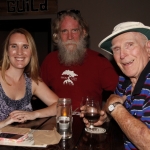 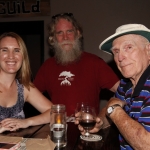 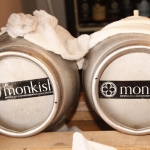 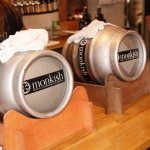 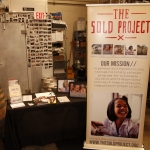 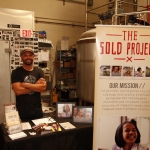 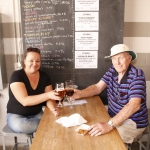 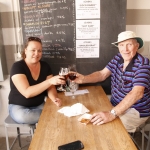