When I stop to think about it, I only have two things that I do every month like clockwork. One is Business & Beer which we will be celebrating four years of in a couple weeks; that has the second Thursday of every month dedicated to it. The other, more recent addition to my routine are the beer dinners held the second Wednesday of every month at Jimmy’s Bar Grill in Redondo Beach. In the past we have enjoyed co-owner/chef Marc Dix’s delightful food pairings with beers from Smog City Brewing, El Segundo Brewing, Avery, Bell’s Brewery and a night of Belgian ales. They have all been great experiences, but I admit I got a little giddy a month ago when I saw that Firestone Walker would be the featured brewery for this month’s beer dinner. As I started trying to guess what might be poured that night I knew one thing for sure, this was going to be a great meal; I was correct.

Joe Cartlidge, LA Market Manager at Firestone Walker Brewing Company, was there to give a little history of Firestone Walker while we enjoyed our welcome beer, Pivo Pils. I know Dix likes to open up our taste buds with a hoppy brew and the Pivo Pils did the trick.

Our first course was a Shrimp Risotto with asparagus and Parmesan. There were a couple nice shrimp topping each portion, which were not only quite tasty but they also covered the tons of shrimp buried in the risotto itself. This was paired with Barrelworks Bretta Weisse; the berry tartness worked so well. Shrimp and Bretta Weisse could become a staple for me.

The Shrimp Risotto, while delicious, was a little heavy; so the second course being a salad was quite welcome. It may have been lighter in weight, but it made up for that with the ingredients of arugula, baby greens, pomegranate seeds, pecorino, roasted butternut, candied pecans, and quinoa all tossed in a pineapple sherry vinaigrette. This was paired with Luponic Distortion 001; with its tropical hops it was perfect with the pineapple vinaigrette.

I have mentioned before that Dix is also a co-owner of the Barley Hops Grill food truck. Last month his partner at Barley Hops, Alex Bouffiou, came to assist in the kitchen for their beer dinner one year anniversary. Apparently he liked it and is contributing on the monthly beer dinners now. As I recall, last month’s dinner Bouffiou created the dessert, which was something new for him. This month he assisted with the main course which was a Chile Herb Jerk Pork Chop over collard greens and roasted carrots. If you have ever eaten off the Barley Hops Grill you probably already knew this, but Bouffiou makes the best collard greens around. The pork chop was good, but the collard greens and carrots were out of this world. I could go vegetarian …. almost. This was paired with Firestone Walker’s Wookey Jack black rye IPA; what can I say, it was great.

Dessert is always a special time at Jimmy’s beer dinners, and last night was no different. Bouffiou once again tried his hand at making a dessert, this time by baking his first cake from scratch. We were presented with huge squares of chocolate cake that were created with at least two different stouts, Modern Times stout and Belching Beaver’s peanut butter stout, which was all covered with a bourbon caramel topping; the bourbon was Jack Daniels for those keeping score. This was paired with Firestone Walker’s Nitro Merlin Milk Stout. As big as a servings were, I did not see much in the way of leftovers for the cake. And yeah, the pairing was as good as it sounds.

Since I started attending these dinners I have noticed that the group seems to be getting larger all the time; there is a reason for that. If you go once, you are going to want to go every month. Jimmy’s Bar & Grill is located at 2701 190th Street in Redondo Beach and they are open seven days a week. Jimmy’s Beer Dinner Series is held on the second Wednesday of every month from 7:00-10:00 PM. Please visit Jimmy’s Bar & Grill Facebook page for information on upcoming events. Cheers! 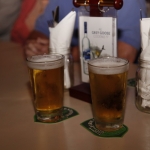 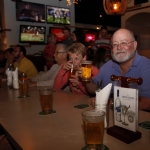 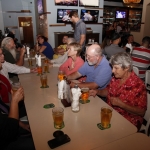 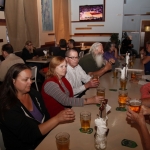 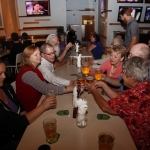 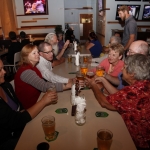 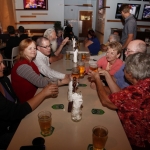 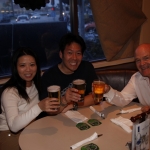 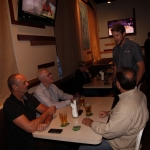 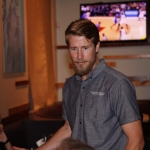 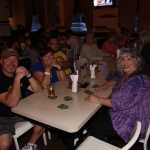 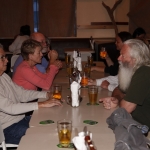 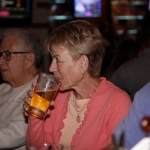 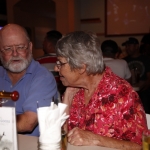 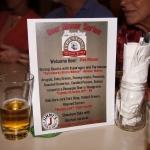 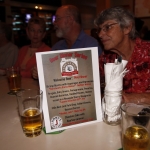 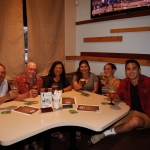 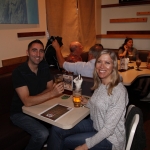 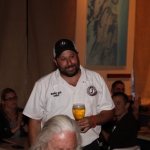 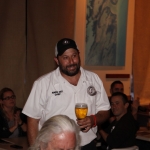