Wednesday evening we went to Jimmy’s Bar & Grill in Redondo Beach for their monthly beer dinner; this month featuring Bell’s Brewery. As it was the one year anniversary of Jimmy’s first beer dinner, with Absolution Brewing Company, there was Bell’s Brewery swag and Jimmy’s gift cards for all the attendees. That was on top of what promised to be another outstanding meal.

I have mentioned before that Jimmy’s co-owner/chef Marc Dix puts a lot of thought into his pairings and Wednesday’s dinner was no exception. If you did not know, Dix is also a co-owner of the Barley Hops Grill and for this dinner he brought in co-owner/chef Alex Bouffiou to help out in the kitchen; and they did another great job.

As the dinners always consist of five beers and four courses, attendees were all welcomed with a Two Hearted Ale to wake up the taste buds; they were not going to want to miss a thing.

Our first course was chili rubbed and seared yellowtail on a sweet corn and black bean salad with feta cheese. One thing I always emphasize when I am talking to people about the beer dinners at Jimmy’s is that Dix always creates the dish to go with the beer. Naturally, he gets to try all the beers first, but this pairing was with Le Pianiste, a Bière de Garde that is best described as a sour amber, and he was unable to sample it until the rest of us did. He used his imagination as to what he thought the combination would taste like and it was an outstanding.

The second course was a surf and turf combination of Thai Lobster and Lamb Satay on a peanut broccoli slaw. It was paired with a relatively new beer from Bell’s, Oatsmobile Ale, a sessionable pale ale. The nose of peach, mango and other tropical fruits combined with the smoothness of the oats went well with the lobster and slaw for sure. As Tanya cannot do shellfish, I gladly finished hers so cannot really speak to the lamb other than to say Tanya really seemed to enjoy it.

Course three consisted of the largest smoked baby back ribs I have ever seen; they were straight out of the intro for The Flintstones. They were glazed with a sweet mustard barbecue sauce and served on a bed of tangy red, white and bleu slaw. This dish was paired with Consecrator which is a dopplebock. Admittedly, I am not a huge bleu cheese fan but when paired with the Consecrator it was delicious.

Dessert was the one item on the menu that I knew ahead of time was going to be on it, and I could hardly wait; rhubarb and cherry oatmeal cobbler with vanilla bean ice cream. It was paired with Bell’s Cherry Stout, which I enjoyed with the ice cream; but it was the rhubarb I was looking for. My first bite of the cobbler had a nice piece of rhubarb in it and I was in heaven. I was thinking that it is not very often that you will find lobster and rhubarb on the same menu but Dix and Bouffiou did it, and did it wonderfully.

Congratulations to Jimmy’s Bar & Grill on a year of great beer dinners. I highly recommend that if you are in the habit of eating on the second Wednesday of the month, you should consider joining us at Jimmy’s. Dinners start at 7:00 and run until around 9:30; they are always outstanding meals. The June 8 dinner will feature Firestone Walker Brewing Company, so you know you will want to be there. Jimmy’s Bar & Grill is located at 2701 190th Street in Redondo Beach, which is on the northeast corner of 190th and Inglewood Avenue. Cheers! 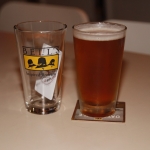 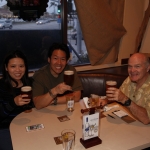 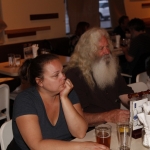 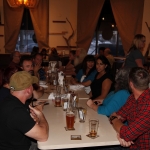 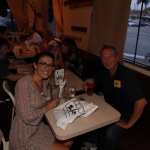 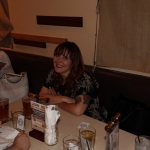 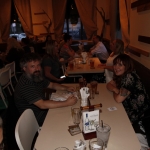 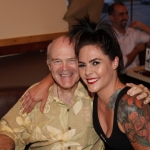 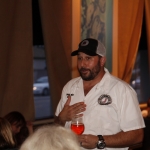 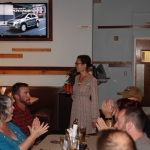 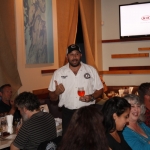 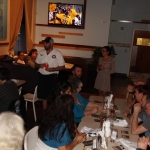 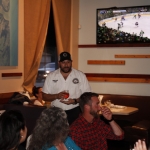 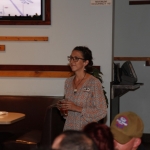 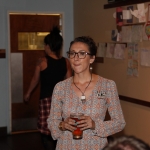 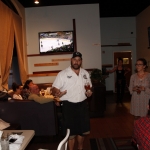 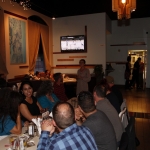 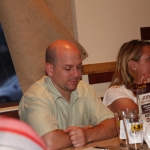 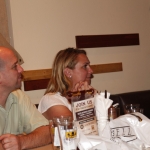