A Class of Beer at Select Beer Store

For those that think I made a typo in the title, I didn’t. A Class of Beer: An Overview of the Craft Brewing Renaissance is a class that was offered this spring through UCLA’s continuing education program; UCLA Extension. The class, taught by local beerlebrity, beer hoarder and writer for Celebrator Beer News and Beer Paper L.A. Tomm Carroll, explored the history of beer from ancient times to today’s craft beer explosion. With Carroll leading the class, students learned about different styles of beers as well as how to differentiate between a flawed beer and a good one. Essentially, by the time they completed the eight week class, attendees should be well on their way to being capable of pursuing a rank from the Beer Judge Certification Program (BJCP) or to begin the Brewers Association’s program to be certified as a Cicerone.

As we all know, sitting in a classroom listening to beer experts like Carroll, John Palmer, author of Water: A Comprehensive Guide for Brewers; Devon Randall of Arts District Brewing; Rob Croxall of El Segundo Brewing, as well as various craft beer bar owners, homebrewers and judges is all well and good but until you can see, smell and taste the beer the talking can only go so far. To remedy this, Carroll has beer tastings of four different beers for each classroom session and arranged a few field trips to locations like Monkish Brewing to discuss brewing styles and yeasts; Mohawk Bend to learn about running a craft beer bar or brewpub; and this past Monday they visited Select Beer Store in Redondo Beach, where I caught up to them.

I must admit that when news of A Class of Beer first hit social media I wondered what the demographic might be; would it be college kids trying to pick up some much needed, but arguably the most fun credits, or beer nerds that just cannot imbibe too much knowledge when it comes to beer? I listened to the questions that were asked and the comments that were made and discovered there was a pretty wide mix but if there were any beer newcomers, Carroll’s class has definitely got them talking like they have been enjoying craft beer for ages.

There were students that planned on opening their own breweries or bottle shops; there were homebrewers and there were beer nerds that just cannot imbibe too much knowledge when it comes to beer.

Select Beer Store owner Wes Jacobs spoke about what it took to open Select, which has recently celebrated their fourth anniversary. Jacobs spoke on why he decided to open a bottle shop, all the processes encountered along the way like finding a location and the numerous licenses required; and that is before you start the building process. Once you are legal to sell the beer, one must know what beer to stock and Jacobs has done a very good job of that with close to 500 bottles available, 18 beers on tap and another 100 kegs in the back. This segued into the next topic; the proper storing and aging of various types of beer. Luckily, Select Beer Store has a lot of cooler space, but you cannot store IPAs too long, so proper inventory selection is important. For the hundreds of beers that are not in the cooler, Jacobs uses filters on the windows and low UV lighting.

Another topic that was discussed was the difference between beers that are bottled versus draught beer. For that demonstration, samples of Chimay Bleue, both bottled and on draught were handed out. They were approximately the same age but the differences were pretty obvious with the bottled version having much more body. Carroll, who is always looking for a way to cut into his stash, brought in a magnum of a 2008 Chimay Bleue which he distributed around class so people could compare that difference.

After the beer demonstration, Ashley Todd, Craft Brand Manager at Harbor Distributing, spoke to attendees about marketing and distribution of beer; including when a new brewery should consider making the move from self-distribution to using a distributor and the pros and cons.

Carroll plans on having another class next quarter so if you want to become a Cicerone, beer judge or open your own brewery this is probably a great class for you. I would visit the UCLA Extension website for more details. Select Beer Store is located at 1613 S. Pacific Coast Highway in Redondo Beach. Cheers! 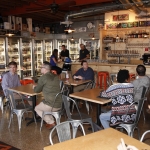 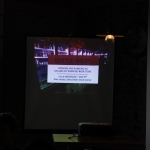 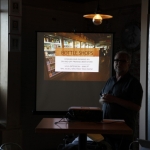 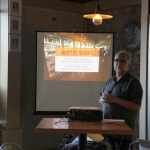 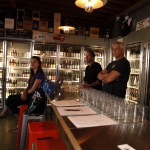 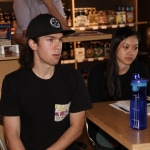 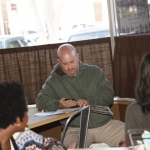 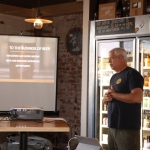 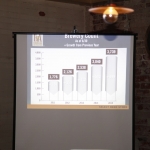 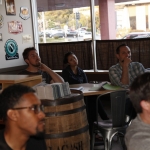 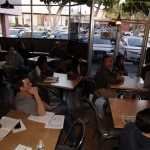 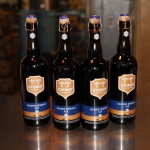 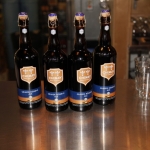 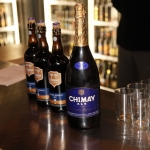 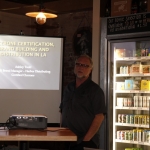 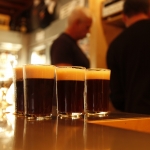 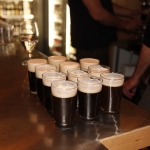 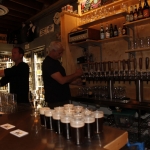 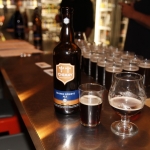 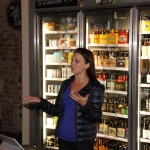