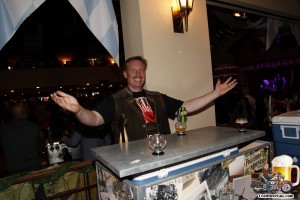 On Saturday July 19, Alpine Village will host the Euro Bierfest 2014 featuring a selection of more than 50 microbrews and craft beers from all over Europe. It is safe to say that unless you spent a lot of time drinking beer in Europe there will be beers and breweries you have never heard of; in fact, there will be beers that may have never been poured from a tap anywhere in the continental United States. Any craft beer drinker worth his salt knows that craft beer and many of the styles emulated by American craft breweries originated in Germany, Belgium and England and all three countries will be well-represented. In addition to them, breweries from Latvia, the Czech Republic, Estonia, Lithuania, Poland, Slovakia and Italy will also be represented. This is a beer event that only an establishment like Alpine Village can put on.

Alpine Village, located in Torrance at the 405 and 110 freeways was established in 1968 and has been the home of the biggest Oktoberfest celebration in Southern California for more than 40 years. In 2012 they held their first Alpine Bier Fest which had more than 100 beers with almost as many attendees. Believe me when I say, if you did not attend it was your loss; there were amazing brews there. Last year they had their 2nd Annual Alpine Bierfest which many of you did attend and can attest to the fact that this was another great beer event and possibly the best value of any beer festival I attended in 2013. The point is, Alpine Village has been doing beer festivals longer than anyone I can think of on this side of the Mississippi River. When Alpine Village says they are providing some of the most amazing beers from across the Atlantic for your tasting pleasure, they mean it. Belgian Sours, German Bocks, English Porters, French Ciders and more. 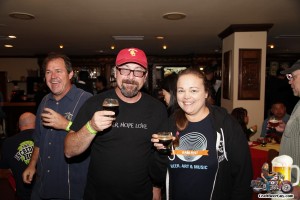 This one-of-a-kind event will be held Saturday July 19 from 1:00-4:00 PM for general admission attendees with VIP ticket holders gaining entrance at noon. The price of tickets for those that do not read CraftBeerGuy.com is $40 for General Admission and $60 for VIP. If you purchase your tickets by July 4 you will get a $7.50 discount; however, July 19 is also my birthday and I want to have as many of you as possible in attendance. To help this along, if you use the PROMO CODE of “craftbeerguy” you will get an additional $7.50 off your ticket as long as you buy it online before the event. I have to say though; knocking $15 off a general admission or VIP admission ticket really seems to be the smart way to go.

General Admission will get you admission, a tasting glass and unlimited tastings. A VIP pass will get you all of that as well as getting in an hour early and a commemorative t-shirt. You can order your tickets online at https://events.admitoneproducts.com/tkt_sales.php?test=true&event_id=793814.

If this does not sell out you can buy tickets at the door, but there will be no discounts available so take advantage of reading this entire article. I look forward to seeing you at Euro Bierfest 2014 on July 19; cheers and prost!