After leaving the LA Beer Week Kickoff Festival we stopped by El Segundo Brewing Company (ESBC) for an after-party they were having. They were kind of on the way home anyway, so we headed over.

By the time we arrived the tasting room was jumping as a mixture of people that had obviously been to the LABW8 festival melded with the usual taproom crowd that flock to ESBC to enjoy their fresh brews. I had seen something mentioned on social media about the event, but I did not realize that this was more than just an after party; this was much more.

Disclaimer: I have gleaned this from what I could dig up; no one has provided specific details. So, in 2015(?) during LA Beer Week there was a Battle of the Bands with the bands being made up of owners, brewers and other employees of the area breweries. Apparently, Tom of El Segundo Brewing and Evan of Noble Ale Works entered into some type of wager. Again I don’t know the specifics, and from what I can find, neither of them won the Battle of the Bands but El Segundo Brewing’s customers won the wager.

What I do know is that four middle-aged ninja turtles and who can only be described as their apparent leader came bearing pizzas; lots and lots of pizzas. All I can say is that it is good so many beer people enjoy Jenga, it made getting the stack down to a manageable size a lot easier.

Between ESBC’s delicious beer, the ninja turtles, pizza and Broken Skull’s own Steve Austin everyone seemed to be having a blast. LABW8 is just getting started. Cheers!

Update: After I initially wrote this article, and before publishing it, I decided to head over to Three Weavers Brewing for the Pink Boots Takeover where I happened to run into Noble Ale Works CEO, Brian “Master Splinter” Rauso. The following facts were provided by him.

I had some of the facts correct; such as the wager was made during the 2015 Battle of the Bands. The wager between El Segundo Brewing and Noble Ale Works did not require that either of them actually won the Battle of the Bands, it was which of them would rank higher in the voting. El Segundo Brewing beat out Noble Ale Works, which according to Rauso was not really saying much; Eagle Rock Brewing was the actual winner.

As far as the wager itself was concerned; pizza was not part of the original plan. The terms of the deal was that the losing team (Noble) would have to make an appearance at the winning brewery’s tasting room (ESBC) dressed as super-heroes and it would have to be done prior to the 2016 Battle of the Bands which is being held tonight at Eagle Rock Brewery.

When the Noble team decided that they were going to appear as mutant ninja turtles El Segundo Brewing decided to spring for the pizzas to help enhance Noble’s costumes. 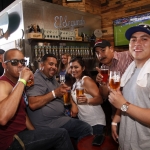 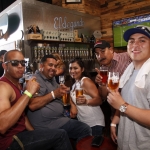 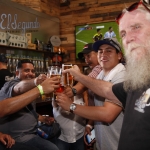 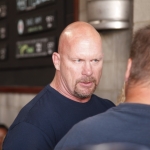 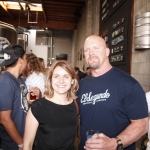 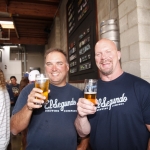 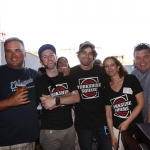 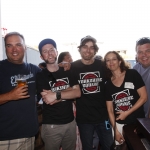 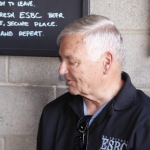 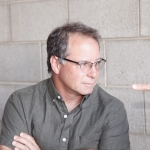 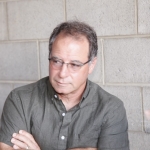 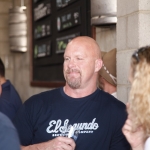 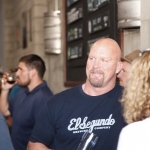 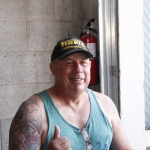 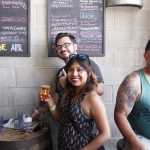 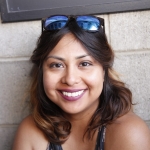 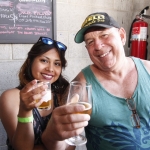 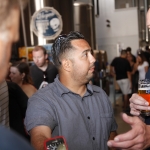 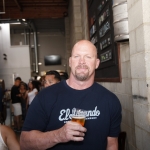 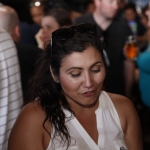