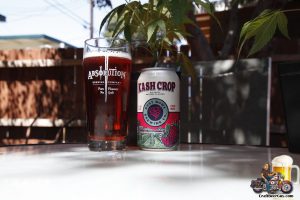 In addition to off-premise options, consumers can experience the full portfolio of beers at Dust Bowl Brewing Co. taprooms located in Turlock and Monterey, California. The Turlock location boasts wide-open views into the brewery set on an expansive property, while the Monterey site showcases a picturesque backdrop against the Pacific Ocean, near Fisherman’s Wharf. Both locations are back open for indoor and outdoor seating. Packaged beer, growlers and Crowlers are available. Shipping within California is also available from the company’s website, www.dustbowlbrewing.com.

Dust Bowl Brewing Co. produced its first beer in May 2009. The company is owned by Brett and Karen Tate and Brett and Camy Honoré, who became the Tate’s business partners in 2010. The company built and moved its production to a 30,000 sq. ft. brewery and taproom, located in Turlock, California, in June 2016. Dust Bowl Brewing Co. beers are available in 5.2 and 15.5 gallon kegs along with selected styles in 22 oz. and 12 oz. bottles and 19.2 oz., 16 oz. and 12 oz. cans. Distribution includes California, Nevada, Oklahoma, Pennsylvania and Texas. Dust Bowl Brewing Co. achieved Regional Brewery status in 2020 with an annual production of over 16,000 barrels. The craft brewery showcases a wide variety of its beers at its two taprooms, the Brewery Taproom located in Turlock, California and the Tap Depot in Monterey, California. More information may be found at www.dustbowlbrewing.com.