These photos were taken Sunday, October 9, day five of my Craft Beer Tour 2022. Ruth wanted to visit the Pictured Rocks National Lakeshore, so we set the destination of Marquette and reserved a hotel room so we would be sure to have somewhere to stay. As a result, we ended up visiting Beards Brewery in Petoskey, Biere de Mac Brew Works in Mackinaw City, and Barrel + Beam in Marquette.

So, for those that do not know what a Yooper is, it is a self-given nickname given to the residents of Michigan’s Upper Peninsula. If you look at a map, which I never did until two weeks later, you will notice that these next three breweries were about as “upper” as you can get on the Michigan Upper Peninsula.

Our first stop for the day was Beards Brewery, a brewpub along Little Traverse Bay in Petoskey. Beards originally opened in 2012 with a 1bbl system; about five years later they moved to their current location where they were able to add a 3bbl system to increase production.

They boast 24 taps, which is pretty good considering the size of the brewhouse. Ruth got their Copperstar Galactica IPA and I had the Oh, the Citranity Pale Ale; I may have had a little beer envy.

While enjoying my beer, Ben, one of the founders took me downstairs to the brewhouse to meet Peter, another founder and the brewer. In addition to the brewhouse, they had what I might describe as an event space, The Root Cellar, which was closed the day of our visit.

While down there Peter asked me if I had ever had a beer that had no water in it; naturally I said I hadn’t, so he resolved that by turning me on to a can of their Tree Blood, a stout released once a year. Instead of using water, it is brewed with sap from maple trees. As one might think, it was the most unique beer I have ever had and made for a great hotel beer.

After the tour I went back upstairs and had their Hop Up North, an Imperial Red IPA, which was my favorite Michigan beer that I had tried on this trip, so far.

Beards Brewery is located at 215 E. Lake Street in Petoskey. The Pub and restaurant opens at noon Wednesday through Sunday at noon, with The Root Cellar opening at 5:00 PM Monday through Thursday. They have a fairly extensive food menu (and one for the kids), and have cans available to-go.

As we headed north about 30 miles we ended up in Mackinaw City, and Biere de Mac Brew Works, a microbrewery that opened in 2017.

As one might guess by the spelling of their name, which is actually a tribute to their French ancestors that settled the area a few hundred years ago, Biere de Mac has a lot of saisons and Belgianish brews, but out of the 13 taps available there were also a couple stouts, an IPA and a couple barrel-aged brews and hard ciders. I opted to try their Reciprocal Love Farmhouse Ale, Winne the Bulldog Russian Imperial Stout, Concise Single Belgian, and Bitterman’s IPA. Reciprocal Love was probably my favorite.

Biere de Mac Brew Works is located at 14277 Mackinaw Hwy, in Mackinaw City. They open at noon, Wednesday through Sunday, offer growlers to-go and have pizza available for purchase.

After our brews, we headed northwest for a three hour drive to Marquette. The coolest part of the drive was going over Mackinac Bridge which literally went over Lake Huron to the right, and Lake Michigan to the left. The cold weather had done its job as far as helping the leaves change color, so it made for a very pretty drive.

Marquette is right on Like Superior, so we were able to view three of the five Great Lakes in one day. Our last brewery of the day was Barrel + Beam, another brewery specializing in saisons, sours, and barrel-aged ales.

I have to admit, when I first walked inside the first thing that came to mind is that this place is way too nice to be a brewery. I also thought that Barrel + Beam is a very appropriately named location as there was lots of wood involved in the decor and there were lots of barrels.

Barrel + Beam opened in 2018, but the history of the building goes back to 1934 when it originally opened as The Northwoods Supper Club, which was obviously a pretty classy joint in its day. In 2016 a $2 million renovation was done so that it now has a brewery, nice tasting room, a barrel room, and a beer garden; with plenty of room for the return of a restaurant and an event space.

Between the saisons, sours, wild ales, and mead there were about 20 options available. Ruth had their Terroir Saison and I had the Golden Partager Saison followed up by their Michigander, a barrel-aged sour. All three were solid brews.

Barrel + Beam is located at 260 Northwoods Road in Marquette. They are open noon to 10:00 PM, Wednesday through Sunday. Food options were scarce on the night of our visit but that should be changing soon. They offer cans and bottles to go and it really is a nice spot. By the way, if Dave and/or Joy are reading this, it was nice to meet you. Cheers! 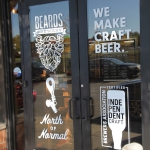 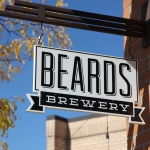 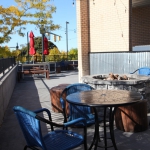 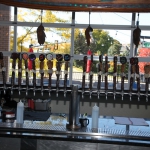 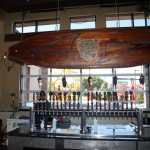 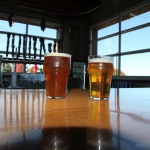 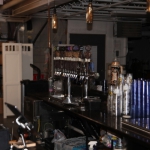 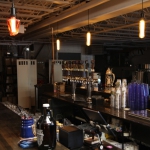 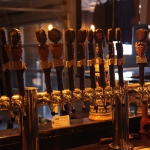 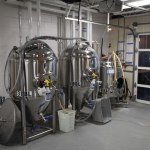 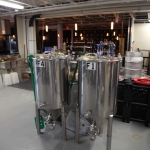 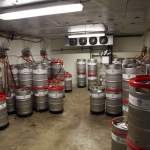 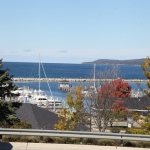 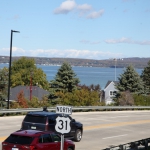 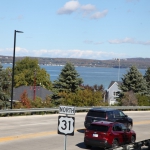 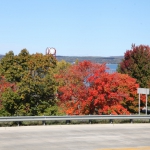 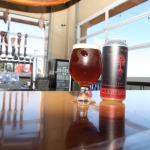 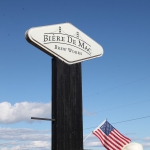 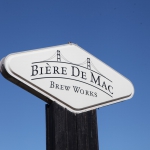 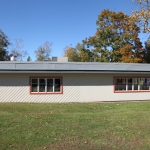