These photos were taken Monday, October 10, day six of my Craft Beer Tour 2022. As I mentioned in the last article, my sister Ruth wanted to visit the Pictured Rocks National Lakeshore so we set the GPS for Munising to check it out. We then visited ByGeorge Brewing (also in Munising) and Rusted Spoke Brewing in Mackinaw City.

While I figured that Pictured Rocks must be pretty photogenic, as we approached Munising I started having some concerns because virtually every billboard or sign that I saw mentioning Pictured Rocks seemed to include kayaks or boats; I was wondering how easy it was going to be to photograph this place from land. The GPS was not being very helpful either since dozens of places had “Pictured Rocks” in the name. Eventually we happened upon a helpful Park Service Ranger that told us we wanted to go to Miners Castle and gave us directions to get there.

Upon arrival we discovered that yeah, the best view of Pictured Rocks would be from the water. There was a path to Miners Castle that would allow us to see a portion of Pictured Rocks, but the trail down to the water was a little too much for someone that was recovering from a train wreck. In fact, the trail was made unusable a few days later by a storm. Anyway, I got a few photos then we decided to begin our search for craft breweries.

We had been given a few suggestions by people familiar with the area, but the reality was that most of the places we were told about were closed on Mondays. I do not recall how it happened, but Ruth happened to notice ByGeorge Brewing Company that was open.

ByGeorge Brewing is a microbrewery that opened in February 2020; you know, the perfect time to open a brewery or restaurant. It is a small operation that on the day of our visit offered nine beers and a pear cider. Ruth had their Negative Nancy’s IPA, while I enjoyed their Sexy Dad Bod DIPA, followed by Unicorn Piss IPA; Sexy Dad Bod was one of the best Michigan IPAs I had on the entire trip.

ByGeorge Brewing Company is located at 231 E. Superior Street in Munising. Now, I am not sure if they changed their hours after our visit, because their website and social media accounts all suggest that they are closed on Monday and Tuesday; timing is everything I guess. They offer cans to-go, and are connected to Driftwood Deli, so sandwiches are available as well.

We started heading back to Grand Rapids, which meant another crossing of the Mackinac Bridge, which was a longer journey this time due to road construction. By the time we got across the bridge we were ready for another break, this time stopping at Rusted Spoke Brewing in Mackinaw City.

Rusted Spoke opened in 2018 and is like a nice restaurant that has a brewery; it seemed classier than your standard brewpub. They had 20 taps, but only about five of the beers were brewed by them, with offerings from such breweries as Left Hand, Rogue, and Three Floyds to round out the balance of the taps; they also have a full bar. We both had their Epstein Didn’t Kill Himself IPA which was a solid IPA with a couple orders of hush puppies to hold us over. I ended up getting a Three Floyds Zombie Dust simply because it had been far too long since I had one on tap.

Rusted Spoke Brewing is located at 810 S. Huron in Mackinaw City. They open daily at 11:30 AM. Their food menu is very extensive, with everything from French fries and tater tots, to steaks, fish, pizza, burgers, sandwiches, and more. They offer growlers and crowlers to-go.

It was at this point that we decided to head back to Grand Rapids since I was scheduled to fly home in a few days and I did want to see what was new in Grand Rapids since my visit five years ago, and it was going to be a four hour drive. Cheers!

Back to Photos of Pictured Rocks, ByGeorge Brewing and Rusted Spoke Brewing
[Show as slideshow] 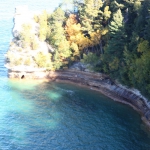 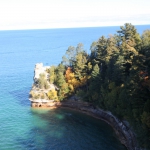 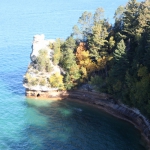 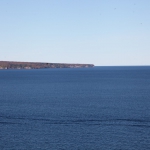 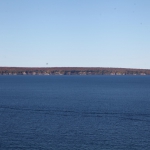 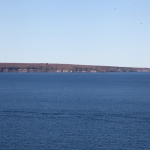 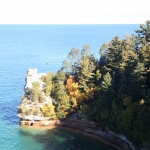 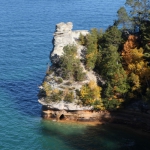 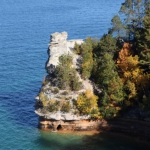 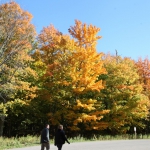 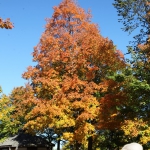 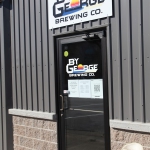 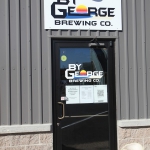 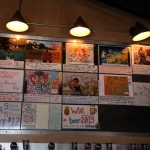 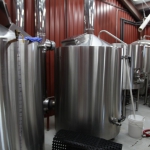 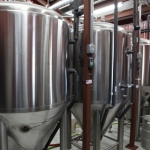 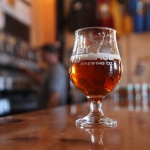 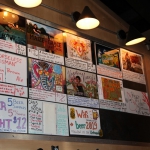 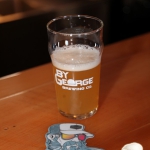 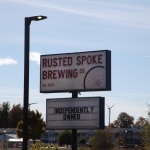 1 2 ►
Back to Photos of Pictured Rocks, ByGeorge Brewing and Rusted Spoke Brewing