These photos were taken September 17 and 18, days three and four of my Craft Beer Tour 2021, aka the search for fresh hopped beers; this time in Bend, Oregon. The breweries I visited were The Ale Apothecary, Crux Fermentation Project, Boss Rambler Beer Club, and GoodLife Brewing.

I intended to spend two nights in Bend, but the place I was staying at the first night didn’t have room for me for Saturday night, so I was going to have to play it by ear. I remember when I got out of the car when I arrived how great the air smelled, and there was a blue sky. To be honest, the air quality from Sacramento on had sucked due to the fires that had been in the area. I had put a post on Facebook asking the first bend brewery I should visit, and The Ale Apothecary was the first that came up that I had been to before, so I set my GPS for it and headed over.

I had not researched Ale Apothecary at all, but when I arrived it was clear this was not the place for IPAs, fresh hop or not. However, after all the trouble I had trying to find the place, I was not going to leave without trying one of their beers; I am glad I did.

The Ale Apothecary brews wild ales, and they do it up on a mountain, in a forest, using all wooden brewing equipment. I am guessing they may use stainless kegs for storing at the tasting room, but that is just a guess as I know at least one of their five offerings was on cask. In the tasting room is a hollowed out tree that was used as a coolship. I started off with their Earthbound Astronaut, which was served on cask; to say that this beer was funky would probably be an understatement. It was funky, tart, and delicious. I decided I had to have one more, so I went with their Bitter, which they describe as their session sour. As it is only aged six months, compared to the one or two years on the other offering, it was tasty and funky, but not nearly as tart.

The Ale Apothecary is located at 30 SW Century Drive, Ste 140, in Bend. They are open Wednesday through Sunday and have outdoor seating as well as indoor. They offer bottles to go.

While the wild ales were pleasant, I still wanted a fresh hop IPA, so I decided to head over to Crux Fermentation Project. Sadly, in the hour I had been inside Apothecary, the air quality got really bad with smoke drifting in from some nearby fire. One thing is for sure, I would be drinking my beers inside.

I had visited Crux when I was here in 2018, but I felt like I wanted to experience their beer a little more; besides, I was sure they would have a fresh hop beer on tap.

Like the last time I was there, Crux was hopping. They have a large tasting room, and an even larger outdoor area that was full of food trucks and families enjoying the evening.

I went inside and asked if there was a chance I could photograph the brewhouse, at which time I was approached by a manager. When he explained that I could have some limited access for photos I took advantage of it. When I finished shooting, I thanked him and told him what I was really looking for was a fresh hopped IPA. “We just blew the keg,” was the response; then said there would be more soon, but “soon” was a day or two. Luckily, they canned some so I reserved a couple 4-paks, then sat down to a flight.

The flight was a delicious mix of their Crux Pilz, Glacial Pace Helles Lager, Trisky Bizness IPA, and Gimme Mo IPA. If you have ever been to Crux, you can probably guess how good they were; if you have not you might want to make a point to change that.

Crux Fermentation Project is located at 50 SW Division Street in Bend and is open seven days a week, has a dog friendly patio and offers growlers, bottles and cans to go.

I was back at my room for the evening when the weather took another turn; it got windy as all heck and I could tell rain was coming; at least the smoke was gone.

When I awoke the next morning, it was pretty obvious that rain had been there and was hanging around for a while, and it remained cold and windy. My AirBNB for Saturday night would not let me check in until 3:00, and I was beginning to have buyer’s remorse. There was really only one reason for me to hang in Bend, and that was to see my friend Jon Urch, who is not only my friend, but as Sales Director for Diagio Beer Company USA for the west side of the country. I don’t get to see him much, and he was actually home the same time I was in Bend, so we had to at least make an hour together.

We had arranged to meet at 1:00, which was fine because I wanted to check out Boss Rambler Beer Club, which I had described previously “as a lemonade stand advertising beer for $5.00.” I had enjoyed my time there before, but they were going through some transitions over the years, so I wanted to see what was going on three years later.

From what I gather, the physical location is shared by Megaphone Coffee, who opens daily at 7:00 AM; at noon or 1:00 PM (depending on the day) they start selling beer. As I knew Boss Rambler was releasing some fresh hopped beers that day I decided to hang around and readjust the beer in my ice chest while I waited for noon to roll around.

While waiting for Boss Rambler to open, Jon asked if we could move out man date up 40 minutes, which was fine with me for a variety of reasons, but it meant I wasn’t going to get a flight. I did get a sample of a wet hop hazy, and I grabbed a couple 4-paks of their Fresh Fresh to enjoy at my leisure.

Boss Rambler Beer Club is located at 1009 NW Galveston Avenue in Bend. They are open seven days a week, have a dog friendly patio, and offer cans to-go.

My friend, Jon, wanted to meet at GoodLife Brewing Company; he described it as “one of the underrated breweries of Bend!” While we may not always drink the same style of beer, I know Jon knows beer, so that was good enough for me.

I arrived a little earlier than Jon, so got permission to take a few photos; unfortunately they had a private event going on so I could not go into the heart of the beast. GoodLife Brewing recently celebrated their 10th anniversary and has seemed to collect a lot of GABF medals, so I felt more than comfortable setting up a flight while conversing with my friend about our lives.

The flight was made up of their Sweet As! Pacific Ale, Descender IPA, 10 Year Pilsner, Beach Life Mango Pale Ale, 150 Hippies Fesh Hop and Pass Stout. They were all very nice, but 150 Hippies is the best fresh hop beer I have had on this trip; it was so juicy with bright flavors.

GoodLife Brewing Company is located at 70 SW Century in Bend. It is almost next door to Ale Apothecary; in fact, if you want go Ale Apothecary, put GoodLife in your GPS and you will land on their doorstep. GoodLife is open seven days a week, they have a dog friendly patio, and offer cans and bottles to go.

The weather blew out the smoke, and after Jon and I parted company, it blew me away as well. I forfeited my AirBNB and headed off to Oregon City, where I could stay with longtime friends. Cheers!

Back to Photos from Bend, Oregon
[Show as slideshow] 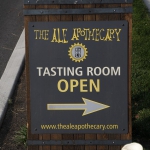 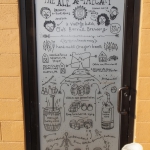 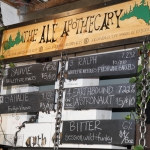 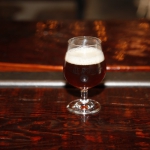 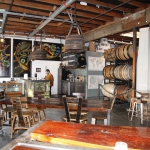 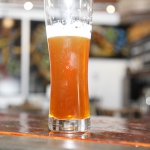 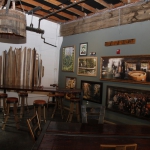 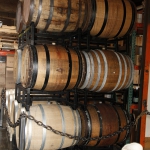 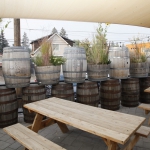 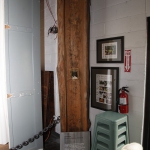 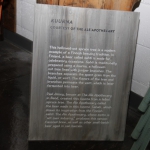 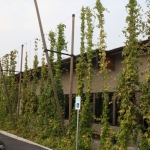 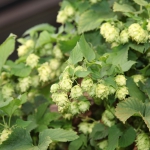 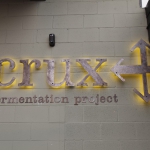 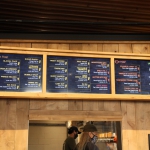 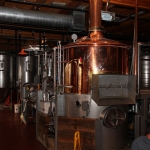 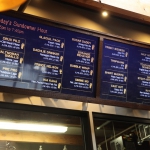