These photos were taken Thursday, October 10, day 11 of Craft Beer Tour 2019; my annual craft beercation taken before and after the Great American Beer Festival (GABF) in Denver. The photos were taken at Edge Brewing and Woodland Empire in Boise, and Bella Brewing in Garden City, Idaho.

As I am spending three days in the Boise area, I wanted to split my time up evenly; and have new places to visit the next time I come here. Edge Brewing had been mentioned by a friend or two; and Woodland Empire was recommended by Charlie; the guy I had met at Square State Brewing; his recommendation of Western Collective was enough for me to trust his recommendation of Woodland Empire.

My camera shy friend, Catherine, and I started off at Edge Brewing Company first, primarily because they were open first, and they offered food, which I was sure Catherine would want. She also wanted to bring one of her dogs, and they had a dog friendly patio; again, the downside is that the temperature has dropped close to 30 degrees since I arrived.

When we arrived we knew ahead of time that we would be sitting on the patio because of the two dogs, but I took a quick respite by taking photos of the 15 barrel brewhouse with 14 fermenters. As luck would have it, we arrived on the date of their fresh hop IPA release. The fact of the matter is that I came back to this part of the country for the fresh hop IPAs that I knew would be around.

Catherine started with a Huckleberry cider and I made up a flight of their Thrills 4 da Pilz, Peach Hipster Dufus, Pugzilla IPA, and their new Fresh Hop IPA. All my choices were solid, but the Fresh Hop and Pugzilla were my favorites. We also tried their cheese curds (not pictured) and salmon croquettes which were both delicious; they were paired with the Blackwater Stout and Obligatory DIPA.

Edge Brewing Company is a brewpub located at 525 Steelhead Way in Boise. There are open seven days a week, have a dog friendly patio, and offer growlers and cans to go.

While we had a great time at Edge, we needed to find a place that the dogs were welcome inside, and we found that at Woodland Empire.

Woodland Empire was recommended to me by the aforementioned Charlie. They are a brewery with a taproom that is next door to a restaurant called Manfred’s Kitchen. I don’t know much about their connection beyond the buildings being connected and you can get food easily,

On the day of our visit they had 13 taps available as well as a couple guest taps. I created a flight made up of their After the Love Has Gone Lager, Pilsner, Old Boise Lager, Strawberry Shortcake Lager, City of Trees IPA, Big Sticky Red IPA, Twined & Twisted IPA, and Battlehammer Stout. While I really enjoyed Old Boise, I think my favorite had to be Big Sticky followed by City of Trees.

Woodland Empire Brewery is located at 1114 W Front Street in Boise. They are open seven days a week, are very dog friendly, and offer growlers to go.

As we were headed home to Boise’s definition of rush hour, Catherine noticed another brewery up ahead; so we stopped at Bella Brewing.

Bella Brewing says they are a brewpub with their signage, but neither of us saw any signs of food. They had 13 taps available, but we did not really have time for a flight; Catherine got an Oh Bee-Have! honey beer, and I opted for the Dirty Hands, Clean Beer wet-hopped pale ale. They were both quite tasty.

Bella Brewing is located at 4340 W Chinden Boulevard in Garden City. They are open seven days a week, are dog friendly, and offer growlers and bottles to go. Cheers!

Back to Photos from Edge Brewing, Woodland Empire, and Bella Brewing
[Show as slideshow] 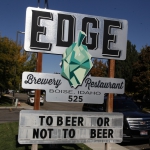 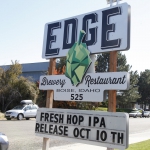 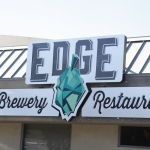 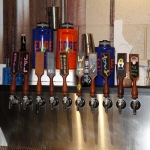 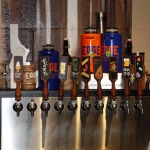 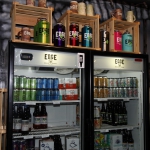 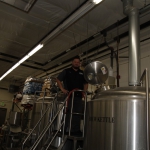 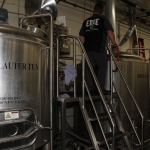 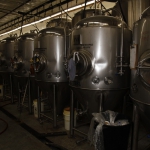 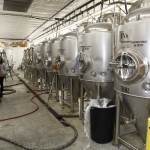 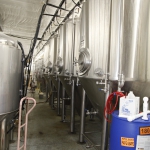 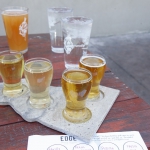 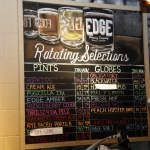 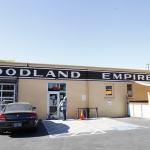 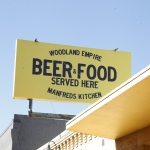 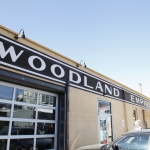 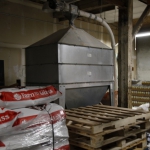 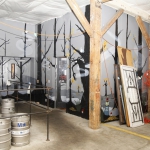 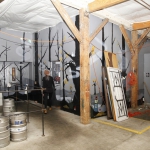 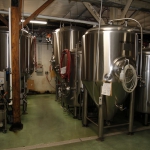 1 2 3 ►
Back to Photos from Edge Brewing, Woodland Empire, and Bella Brewing