These photos were taken Friday, October 11, day 12 of Craft Beer Tour 2019; my annual craft beercation taken before and after the Great American Beer Festival (GABF) in Denver. The photos were taken at Crescent Brewery and 2C Family Brewing in Nampa, and Ram Restaurant and Brewery, in Meridian, Idaho.

As this was going to be my last day in Idaho, my friend Catherine and I decided to head out to the Nampa area. This is my second year in the Boise area, and I have always wanted to check out Mother Earth in Nampa, but they are only open three days a week and they don’t open until 4:00 PM. I figured there had to be something else there, and sure enough I found two; within a five minute walk of each other.

Our first stop was Crescent Brewing. Crescent Brewing is 10 years old, and you are not going to be driving by and spot it out of the corner of your eye. They are down the bike path, under the 16th Street overpass.

The decor of the tasting room not so subtly hints at the Highlander and Viking heritages of the owners. After taking photos of their four barrel brewhouse which provide beers to 10 taps, I set up a flight made up of their Highland Hammer (Wee Heavy) Anniversary Edition, Tilted Kilt Pale Ale, Searbh IPA, Skull Splitter Black IPA. Catherine got a Blond Bitch and really enjoyed it; I liked Skull Splitter the most.

Crescent Brewery is located at 1521 Front Street in Nampa. They are open seven days a week, are dog friendly, and offer growlers to go.

After finishing our beers we walked two and a half blocks to 2C Family Brewing; a nanobrewery that opened three months ago.

Located in the heart of beautiful, downtown Nampa, 2C Family Brewing specializes in German lagers and Belgian-ish ales. Brewing with a four barrel brewhouse, 2C had six taps available on this day. Catherine got a pint of their New Jerusalem Lager, while I created a flight of the remaining five; Sitty’s Honey & Orange Saison, 2C Festbeir, Merx Belgian Pale, Leo I Belgian Imperial IPA, and Ascension Dubbel. They were all really well done; I really am not sure which I liked the most.

2C Family Brewing is located at 1215 1st Street South in Nampa. They appear to be open Tuesday through Saturday, are very dog friendly, and offer crowlers and growlers to go.

Since it was a Friday evening, and my last scheduled night in Idaho, Catherine, her husband and I decided to go out to dinner together. We ended up at Ram Restaurant and Brewery, in Meridian.

Ram Restaurant is a chain, and I am not really sure where they brew, but they do not brew at the Ram Restaurant and Brewery in Meridian. They do however, serve their beer and food at extremely fair prices.

As the place was packed, I could not really go around and take photos, so I set down to creating a flight. They had about 10 taps available and their flights are six pours, so I did their five seasonal brews, Clearwater Kolsch, IPA 4 ALS, Owyhee Oktoberfest, Boise Brown Ale, and 71st Hazy Pale Ale with their Big Red IPA to round it out. 71st was my favorite, with the Boise Brown coming in at a close second.

Ram Restaurant and Brewery is located at 3272 E Pine Avenue in Meridian. They are open seven days a week and have surprisingly low prices.

And with that, I bid farewell to Idaho, for a while. Next stop, Yakima. Cheers!

Back to Photos from Crescent Brewery, 2C Family Brewing, and Ram Restaurant & Brewery
[Show as slideshow] 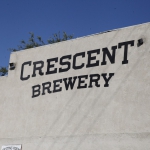 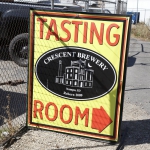 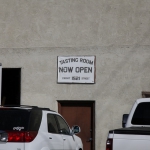 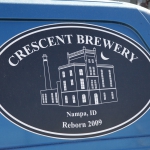 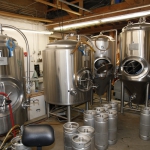 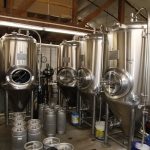 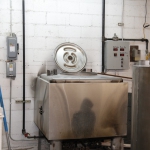 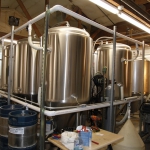 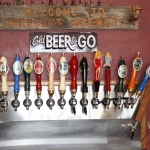 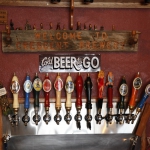 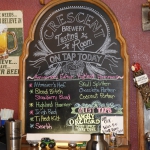 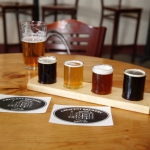 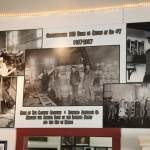 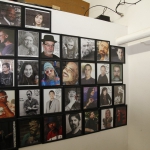 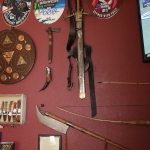 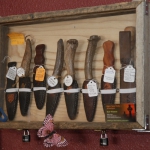 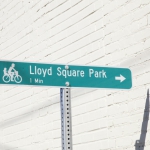 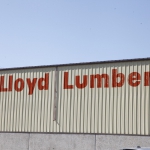 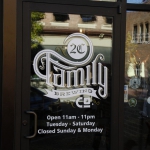 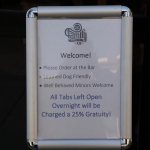 1 2 3 ►
Back to Photos from Crescent Brewery, 2C Family Brewing, and Ram Restaurant & Brewery