These photos were taken in Anniston, Alabama on October 19; and various parts of Mississippi on October 20, as I continued to work my way home.

There is something to be said for technology, but sometimes I wish I at least carried a decent paper map with me since trying to see the big picture on an S4’s screen is a lot easier said than done. When I left South Carolina I had decided that instead of taking I-20, I would take I-10. Unfortunately, I did not know what city to put in that would force my GPS to head to I-10 so I made a guess that was totally wrong. I would mention where I was, but I have no clue; I was not on an interstate, they were basically county roads. I was in the middle of nowhere South Carolina where it abuts nowhere Georgia. I also ended up on I-20.

What this meant for me craft beer-wise was that nothing in the part of Georgia I went through, including Atlanta, opened until 4:00 PM. I am sorry, but I was not going to stick around Atlanta for rush hour just to wait for a brewery to open. I will hit Georgia on another trip.

Leaving Atlanta put me in Alabama so I pulled over at a rest area and Googled “craft beer near me” and discovered Cheaha Brewing Company in Anniston was only another hour down the road; and they were open.

You will not find Cheaha Brewing Company by accident; you need to know you are going there. It is a former railroad station, so it is on one side of the tracks; your guess is as good as mine as far as which side of the tracks though.

The interior is pretty rustic with the brick walls and open beam ceilings; but it looks pretty cool with room for lots of customers. The tap list boasted close to 20 brews made in-house; I was definitely taken aback when I saw the brewhouse. It was definitely small, definitely for being able to offer as many different beers as they do. It was time for a flight and some food.

I asked for food recommendations, hoping some local treat would be suggested; instead I was told that their burgers are really popular, so I got one with a side of Creamy Cheese Grits. They were okay; but the beer.

I started off with a flight consisting of The Finial 8 Coffee Vanilla Oatmeal Stout, Devil’s Den IPA, Mighty Fine Pils, High Rock Black IPA, and Glen Addie Irish Red. As you can see, I got a pretty wide variety and they were all very good. I was pretty impressed.

Cheaha Brewing Company is located at 1208 Walnut Avenue in Anniston and is open seven days a week. They have a nice dog friendly patio out back and they offer growlers to go.

The next morning I headed into Mississippi without bothering to hunt down anything else in Alabama due to the time of day. By the time I hit Mississippi I decided I would try something that might be more reliable than Google; I would find a craft beer bar and start there.

My first stop was Brickhaus Bar & Grill which was just across the border in Meridian. Brickhaus, a self-described Mississippi Brewtique, would be a great stop if I wanted to stay in one place drinking different beers from Mississippi. They boast over 60 taps and a majority of them are from Mississippi.

I enjoyed a Crowd Control IPA by Southern Prohibition Brewing, got the names of a few breweries I should remember for my trip, and headed west to Jackson.

As I got close to Jackson I pulled over again to see what breweries were around. My results were less than desired and it seemed the one brewery I had heard of was closed on a Friday for some reason. I decided to stop at a local bottle shop and see if I had any better luck with referrals; I picked LD’s Beer Run because it was freeway close.

LD’s would be another great stop if I had someone with me. They sold local craft beer on tap, but you had to buy a crowler at a time and you had to drink it there; in other words, they had to package it, but you could not take it home with you. They did have lots of local beer available for take-away so I did pick up a few bombers.

When I asked about local breweries that I might be able to visit between Jackson and everything west of there, I did not get many suggestions, but the one I mentioned earlier that was closed on a Friday came up again. When I said they were closed it was like a light bulb had switched on; they were likely closed because of Jackson Mississippi’s Annual Jacktoberfest. It was only a couple miles away; I pretty much had to go check it out.

Again, time was not really on my side. The event, which is set up on a side street with a large park and the capitol building overlooking it, was set up to be a pretty large event with craft beer, food and music provided. Unfortunately, it was about 3:30 and things were not really going yet. Plus, the 7th Annual Homebrew Competition was not starting for another hour or two; I was going to have to move on.

As I headed west I looked for names of cities and towns I was familiar with because it seems everywhere has a craft brewery somewhere close, so if I have heard of the town it is probably big enough to have one brewery if not two or three. Granted, this policy has not worked all the time but I have a pretty good track record of finding small breweries. When I saw Vicksburg coming up I figured they had to have at least one brewery; hopefully close to a motel as I was going to call it a day.

I am not sure why, but when using my Smartphone my local Google results did not show me much, but they did suggest The Historic Klondyke Trading Post. To be honest, I was probably too tired and hungry to dig deeper, but I did call Klondyke to confirm they at least sold local beer; they did so I headed over there.

The Historic Klondyke Trading Post is probably exactly what you would expect a dive bar/diner in Vicksburg Mississippi to be. It was dark, it had a smoking section, and the customers are proud of being rednecks; at least that’s what they told me.

They sell beer, some of it is craft and I would advise getting up and looking through the cooler yourself; one local beer was not suggested because it was an “India” Pale Ale, nothing local about India. The staff doesn’t exactly know beer, but they know how to be friendly and they definitely know food.

Again, I wanted something local, and the catfish with Creole crawfish sauce was immediately suggested. They chuckled when I acted apprehensive about the crawfish portion, but they eliminated any concerns by giving me a sample of the crawfish. When I got my plate I was sure Buddy would be getting leftovers; after the first bite I was pretty sure he was going to have to stick with his dog food for that day.

The Historic Klondyke Trading Post is located at 100 Washington Street in Vicksburg and is open seven days a week.

I know I missed some breweries in Georgia and a couple in Jackson and Vicksburg, but I will be back; now it was time to move onto Louisiana. Cheers!

Back to Craft Beer Tour 2017: Alabama and Mississippi
[Show as slideshow] 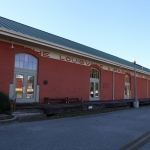 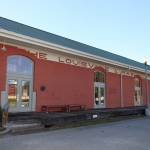 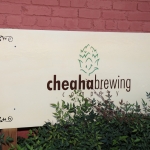 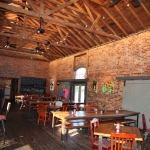 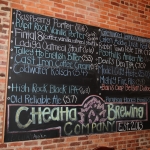 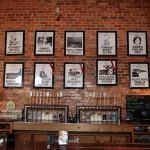 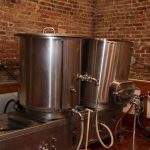 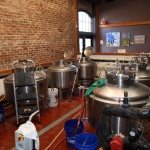 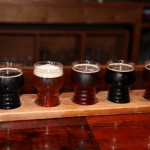 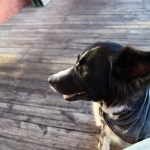 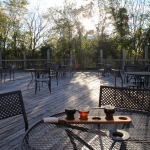 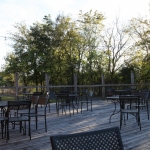 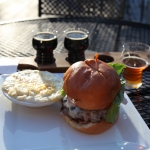 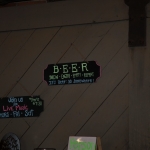 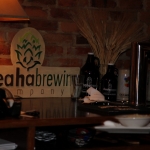 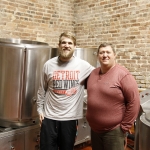 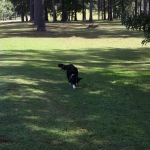 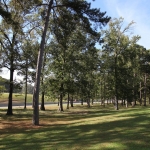 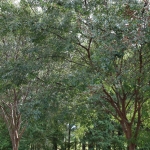