These photos were taken Monday night at the Clown Shoes Beer tap takeover which was held at the Tortilla Cantina Mexican restaurant in Torrance. Clown Shoes Beer west coast ambassador “Filthy” Phil Thomas brought three Clown Shoes offerings; Space Cake DIPA, Clementine Belgian style White Ale, and of course, Photosphere Phil – the IPA named after Thomas and bearing his likeness on the label. Attendees of the tap takeover were able to “steal the glass” for the first Clown Shoes pint they purchased. A few attendees took the opportunity to grab a photo with Photosphere Phil with their pints of Photosphere.

While I have know of Clown Shoes and Thomas for a couple years now, I never really knew much about Clown Shoes so I took opportunity to find out a little more about Clown Shoes Beer last night. Clown Shoes Beer opened in 2010 and is gypsy brewing out of Ipswich, Massachusetts. They are entering their sixth year of brewing and their list of brews, past and present, is pretty impressive. If you have noticed their bombers at your local bottle shop, you had to notice their distinctive labeling as well. They do some pretty solid stuff. By the way, they will be pouring at the upcoming Alpine Kraft Bierfest, so if you have not tried them yet you know where to find them.

Tortilla Cantina is located at 1225 El Prado Avenue in Old Torrance. They have an excellent selection of craft beer at excellent prices and have a happy hour seven days a week from 3:00 – 6:00 PM. Recently; Tortilla Cantina has been holding “steal the glass” tap takeovers on pretty much a weekly basis. I know that in the past few weeks, besides Clown Shoes last night, Mission, Bell’s and Kinetic have been featured. Check out the Tortilla Cantina website for more information on upcoming events. Cheers!

Back to Clown Shoes at Tortilla Cantina photos
[Show as slideshow] 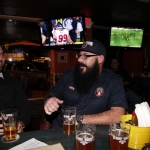 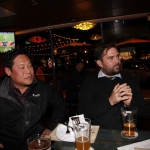 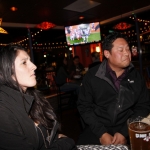 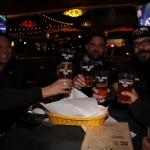 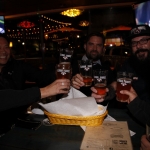 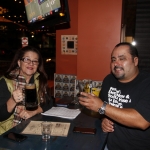 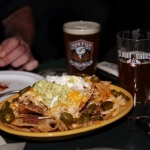 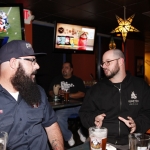 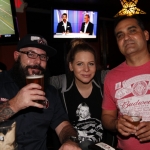 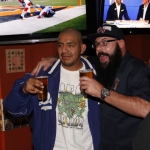 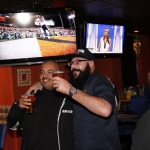 Back to Clown Shoes at Tortilla Cantina photos