As you probably heard, Thanksgiving is around the corner and based on my server stats that means for most of you the Christmas holiday shopping/spending season will begin Friday. Since I live in Torrance and we are the center of the craft beer explosion in the Greater Los Angeles Area, I figured I should give some tips to those of you that will be coming to our malls; primarily Del Amo Fashion Square and the South Bay Galleria. You are in luck; if you do have to venture to these locations for your Christmas shopping there is quite a bit of good beer available without having to give up your parking spot. Of course, if you can drop the wife off you can take your own mini craft beer tour and avoid the parking situation entirely, but if you have to go inside I have you covered.

I ventured off to the newly remodeled Del Amo Fashion Square and immediately rewrote this article in my head. I had planned one thing but parking was mind blowing and it was the Tuesday before Thanksgiving at 1:00 PM. My advice is that if you are shopping at Del Amo, find a central parking spot and stick with it. Trying to drive to the other end would just be silly. I don’t visit the mall often, but when I do I find the parking is best on the east side; so you want to get to the southwest corner of Madrona and Fashion Way. When you see the AMC sign, turn south into the parking lot. You may end up having to use the structures, but they are new and I really have no knowledge of how well they are set up.

On the outside of the mall, on the east side, there is a large courtyard area that features places like Starbucks, PF Chang’s and has the entrance to the theaters. Also in that group are three locations that have pretty decent offerings of craft beer and most carry at least a couple local brews.

I started off by checking out Lazy Dog primarily because it was the only one of the three I have not visited yet; well, not at this location anyway. Lazy Dog is centered right out front facing Del Amo Circle and is directly below Johnny Rockets. They used to contract brew with Bayhawk, but now their “house brews” are done at Golden Road which seems to be a pattern at Del Amo. The tap list at Lazy Dog is heavily InBev influenced but they had Strand, Firestone, Deschutes and Avery as well. They offer flights and as I recall, the food is okay. They have a Happy Hour on the weekdays, so if it is after work, you might check them out.

Across the courtyard from Lazy Dog is STACKED. I did a pretty extensive article on them last month so I don’t need to go into a lot of details. They have a full bar, a happy hour, good food that is entirely customized and a pretty nice tap list. They had three Knee Deep IPAs on tap if that tells you anything. It is definitely worth the stop if you want to take a load off.

Due south of STACKED is BJ’s Restaurant & Brewhouse. I do not believe they are actually brewing at the Torrance location, but they have some pretty solid beers and carry several guest taps as well. They did not want to talk much without getting approval from corporate, but I won’t hold that against them. BJ’s has turned out some great brewers like Smog City’s Jonathan Porter and they do have good food.

Since Del Amo had gone through the massive remodel I decided to contact my buddy, Pat Furey, the Mayor of Torrance and ask him if there were any new places I should be sure to check out. Turns out, he had just left Great Maple and he was happy to exclaim that they served Strand and Smog City brews. Great Maple is on the other side of the mall, by Nordstrom. I have to say that it seemed to have the Nordstrom vibe, being kind of upscale. I did not really check out anything besides the beer menu which was limited, but they did carry two Torrance beers which made up a decent percentage of their taps. It looked like a nice place to take a date; it sure smelled good.

Just south of Great Maple is Lucille’s Smokehouse Bar-B-Que; they also have really good food and a respectable tap list. Their house brew is contract brewed at Golden Road and they have a pretty decent guest tap list.

Initially I was going to suggest that you could walk from Del Amo to Absolution Brewing which is only a mile away, but it might make more sense to Uber it. According to Google maps it is a 30 minute walk, but after a few hours of shopping I am not sure you will be up for it.

Now, on the other side of town is the South Bay Galleria and literally next door to it is the King Harbor Brewing Company production brewery and tasting room. This is another case of it is just easier to walk than to drive. If you are shopping at the Galleria and need a break, just step outside the mall on either side and head south. When you get to 182nd Street you will essentially be there; it is on the corner of 182nd and Kingsdale, which is about 1/8th of a mile west of Hawthorne Blvd.

I hope this helps some of you and try to enjoy yourself out there; if you feel yourself getting stressed, stop for a cold craft beer. Cheers!

UPDATE – December 2, 2019 – Great Maple is no longer in business; however, on the east side of the Del Amo Fashion Center is the new The Brews Hall with Buzzrock Brewing and George Lopez Brewing Company. 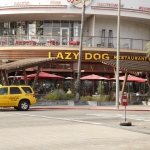 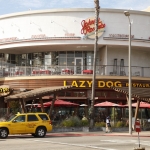 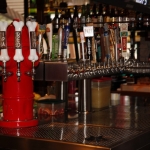 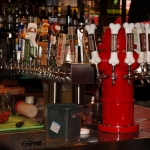 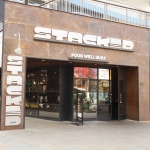 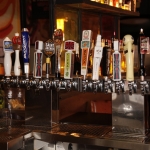 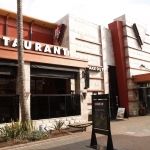 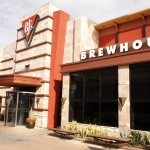 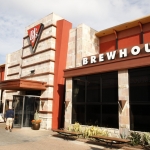 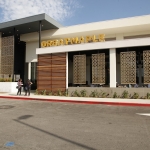 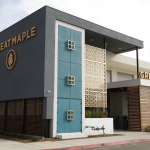 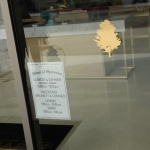 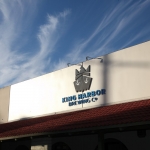 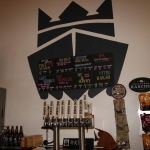 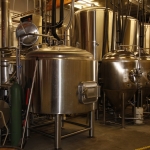