These photos were taken Saturday, May 30 at San Pedro Brewing Company, Scholb Premium Ales, and Absolution Brewing Company as breweries in the South Bay began reopening under Phase 2 of the COVID-19 lockdown.

On Friday it was announced that LA County was entering Phase 2 of the reopening of businesses from this lockdown; apparently two breweries, San Pedro Brewing Company and Scholb Brewing had been chomping at the bit waiting for permission to reopen as they were the first two craft beer establishments to begin in-house consumption of beer and food. I decided to visit the two of them to see how close my expectations were to our new reality.

My first stop was the brewpub San Pedro Brewing Company (SPBC) because they opened three hours earlier than Scholb. It was pretty easy to tell when I arrived at the location because 6th Street was blocked off and tables for several restaurants on the same block as SPBC.

I went in and spoke with the beertender for a bit and discovered that food and drink were available to be consumed inside or out on the street. In order to drink outside you had to order food, although it seemed that you could drink inside without ordering food; it will be interesting to see how long that lasts.

As the bar and about half of the booths have been made off-limits, they have imposed a 75 minute time limit. When I was there, there was a 45 minute wait for inside or outside dining. Their hours were supposed to be from noon to around 9:00 PM, but Saturday afternoon LA Mayor Garcetti imposed a citywide curfew for 8:00 PM so they closed around 7:00 PM; this will probably last as long as the curfew is imposed.

After leaving San Pedro I headed back to Torrance and stopped by Scholb Premium Ales.

As Scholb is a brewery with a tasting room, they had different rules than SPBC. The main difference, one I do not understand and no one can explain, is that breweries must now sell food to you if you want to drink on-site.

At Scholb, YuYo Bros was there with their popup serving from their Mexican-American menu. In order to drink beer in the tasting room, you have to first order something from YuYo Bros, and then present your receipt at the bar in order to open a beer tab. For clarification, there only needs to be one food order per table/beer tab.

Scholb will continue to be open seven days a week from 3:00 to 8:00 PM for the time being. Naturally, you can still get beer to-go.

Since I was in the area, I stopped by Absolution Brewing to pick up a 6-pack of 405 IPA and find out their plans for reopening. Right now, like most breweries, they are making sure that they can safely serve customers while taking care of their staff. For the time being they will continue with their curbside pickup and delivery options. I will keep you posted.

Stay healthy out there, and cheers! 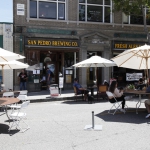 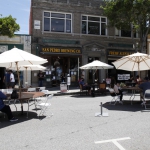 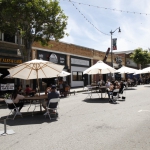 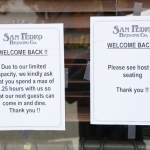 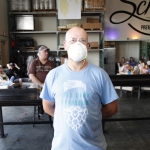 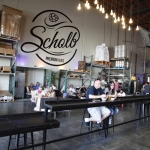 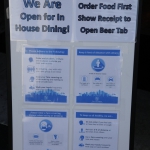 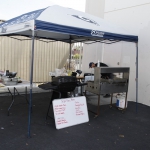 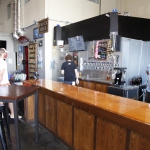 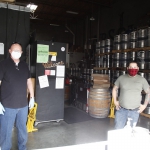