These photos were taken at the Beachwood BBQ & Brewing 4th Anniversary celebration which was held Saturday, July 11 at the Long Beach brewpub.

One of the best things about writing about my travels is that I am easily able to refer back to the first time I visited the Long Beach location or any of the three prior anniversary parties and easily see how much they have grown in just a few short years. I had to chuckle when I looked back and saw that they had nine beers available the first time I went there; yesterday they had over 40 on tap and even more on cask. And it is not even just about the number of beers they brew, but how well done and true to style they are. I feel really fortunate to have them so relatively close to home.

I initially went to Long Beach in the morning, but due to circumstances beyond my control, I got there later than I planned on and the line was just too long so I decided I would come back later. I watched conversations on Facebook and around 3:30 the lines were done. When we arrived it was still busy with their fans ordering up from the dozens of brews available. Since Beachwood staggered the tap times of their barrel-aged brews, just about everything was still available except for the big barrel-aged brews that were available early on.

In addition to the great beer selection, they had a special anniversary food menu, their Pickle Bar and some intense entertainment provided by the Merchant of Madness, Lucky John. Stop and take a look at those photos; this guy is good; or nuts, I haven’t figured that out yet. Beachwood also used the event to introduce their latest bottled brew, Hopernicus Double India Pale Ale. I am getting ready to go back and try that again.

Back to Beachwood Brewing’s 4th Anniversary Photos
[Show as slideshow] 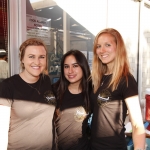 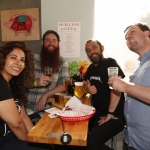 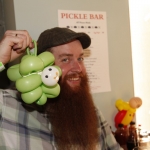 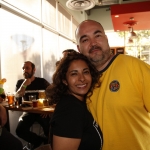 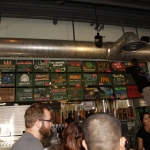 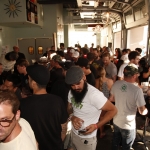 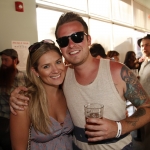 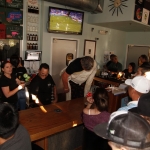 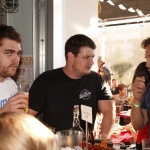 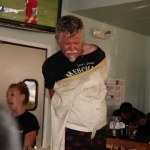 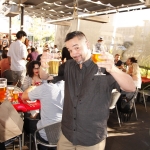 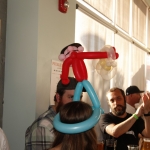 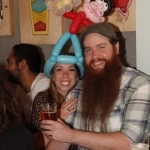 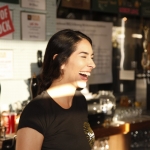 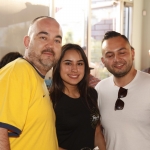 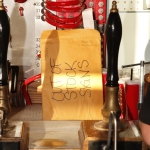 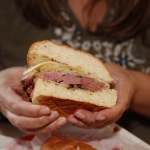 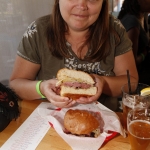 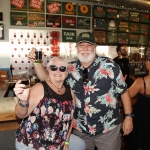 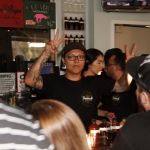