4th of July at the Bravery Brewing 3rd Anniversary

As you know, Saturday was the 4th of July and as I tried to figure out what we would do for the day I remembered that Bravery Brewing was having their 3rd Year Anniversary party, and if you have ever visited the Bravery Brewing tasting room you know that they are about as patriotic as they come with the memorials and memorabilia displayed prominently. Heck, one of the co-owners is R. Lee Ermey, who is a retired United States Marine Corps Staff Sergeant and an honorary Gunnery Sergeant. You might remember him from his role as Gunnery Sergeant Hartman in the movie Full Metal Jacket. Anyway, long story short, I could not think of a more patriotic craft brewery to visit on the 4th of July.

Since Lancaster is a bit of a drive for me, I contacted my friends at Transplant Brewing Company and told them I was going to be in the neighborhood so I would stop by their future production brewery to take a photo of the new sign they had put up. Watching their Facebook page I could see that they were very proud of it so I thought I grab a few shots for them. As it was the 4th of July and they are still putting things together, I knew they were not open and I certainly did not expect anyone to be there. Instead all three owners, Corey Cordovano, Matt and Sarah Luker, came out to open the doors for me to check out the progress thus far.

Transplant Brewing Company plans on being the first production/craft brewery in the city of Palmdale. I say “plans on being” because another brewery, Lucky Luke Brewing Company, is literally right around the corner from Transplants and they both plan to be making beer before this year is over. Transplants actually hopes to be able to have a soft open on Labor Day weekend. Right now they are waiting for the brewhouse which is on a slow boat somewhere. In the meantime, Transplants Brewing has been doing collaborations with the other Antelope Valley breweries, Kinetic Brewing Company and Bravery Brewing Company. It appears that the Antelope Valley is experiencing their own craft beer boom; and all the breweries are friends with each other and it shows with their collaborations. That is one thing that I am surprised I have not seen yet, or I missed it; a collaboration between Torrance or South Bay breweries.

After we left Transplants we headed over to Kinetic Brewing for some food since there was not going to be a food truck at Bravery Brewing’s event. Well, that and I wanted to try the collaboration that Transplants Brewing had done with Kinetic Brewing. It was a big saison (8.2) called Basil Exposition; it had an interesting flavor but it was already over 100 out and I had a long beer day ahead of me, so I stayed with Kinetic’s Ignition Pale Ale. It was perfect and paired well the taco combination we got; they were duck, fish, Korean Barbecue; the plate of six took care of us nicely.

While it cost nothing to come to the party, for $50 you got some very nice glassware, unlimited pours from their main bar, a raffle ticket for their hourly raffles, five tokens for $1.00 off future beers and access to their VIP Beer List. I guess I should come clean here; while I did come to this event because it just seemed right for the 4th of July, another was that I knew they would have their Brandy Barrel-Aged Batch #100. Tanya brought it to my attention at the LA Beer Week Kickoff; it was one of those, “Where did you get that?” events. That is probably when the idea was planted in my head.

The VIP Beer List was very nice with lots of variation. The La Fleur de Gingembre was a great way to start since it was just 4% and it was 105 degrees out; but after that the percentages jumped right up, so one had to be careful. There were several barrel-aged versions of their Batch #100 barleywine, along with a mango double IPA and several barrel aged brews. There was something for any barrel-aged fan. I think I enjoyed the Spiced Brandy Shroud the most in that the spices were subtle but definitely noticed.

I spoke with brewer/co-owner Brian Avery about future plans and he told me that they plan on purchasing the building they are currently leasing and buying the building next door to them. I get the impression we will see more from his barrel program. They are bottling, but I do not know if they are available outside of the brewery or not. It looks like Bravery Brewing has done a lot in the last three years and I am sure you will hear more about them in the future. Bravery Brewing Company is located at 42705 8th Street West in Lancaster. Cheers!

Back to Bravery Brewing 3rd Anniversary photos
[Show as slideshow] 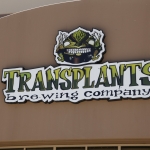 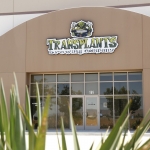 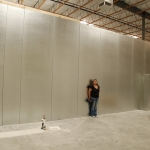 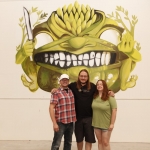 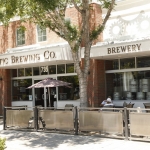 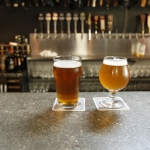 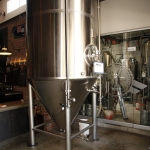 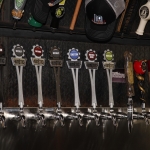 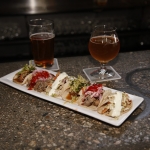 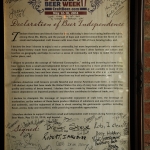 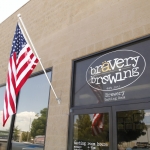 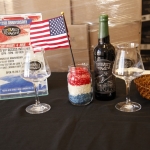 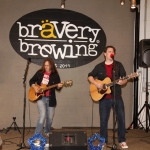 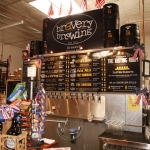 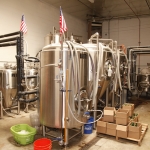 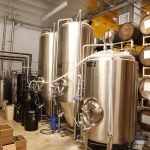 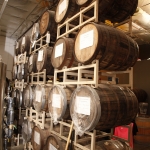 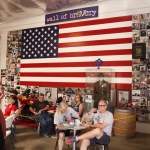 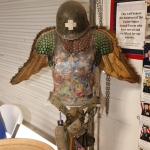 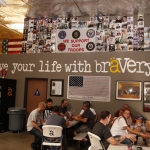