These photos were taken Wednesday evening at Zymurgy Brew Works & Tasting Room when they held their second in a series of “Learn to Brew” guest brewer nights; this time featuring Patrick Schulz, a co-founder and head brewer for Scholb Premium Ales, located in Torrance. Patrick would be showing the group how to brew his Dad’s IPA.

As I missed the first guest brewer event, I was not entirely sure how the event would be completed in the scheduled three hours; but like a TV talk show that has a cooking segment, they had that worked out by doing two brews. One brew had already had the grain added by the time I got there, and the second kettle was in the process of heating the water. When everyone arrived they started by adding grain to the second kettle and after sparging the grain in the first kettle, the hop additions began.

As Patrick’s “real job” is a music teacher, having him lead this class was entirely natural; he even came prepared with handouts that included the recipe for Dad’s IPA, as well as a “Beer by the Numbers” sheet that explained everything from Standard Reference Method (SRM) to Final Gravity. He also provided a list of suggested references such as books, magazines, websites and software.

Since a watched pot never boils there is a lot of dead-time while brewing; Patrick used this time to show and explain the differences between different malts and hops and what affect they have on the resulting beer. Since it is very difficult to brew beer without drinking beer, Patrick also brought a few growlers of Scholb’s premium ales; Banging Nut Brown, Dad’s IPA and Fins & Chrome Black IPA. He also brought a couple bottles of their newest release and first bottled brew; Can’t Wait, which is best described as a winter warmer. It is pretty tasty and will be available at their tasting room on Friday.

I have to say, this was a pretty fun event; there were attendees with various levels of brewing knowledge but everyone seemed to really enjoy the event. If you ever considered homebrewing or you thought about using Zymurgy’s equipment and were not sure what was entailed, these guest brewer nights are probably just the thing for you. For a mere $45.00, last night’s attendees received a full pour or flight of Zymurgy’s selections, and all the samples Patrick brought; and when last night’s brew has been bottled, everyone will receive four 22oz bottles of Dad’s IPA. That is one heck of a deal. 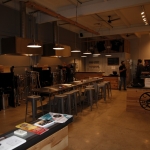 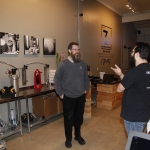 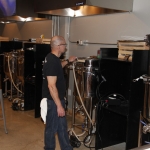 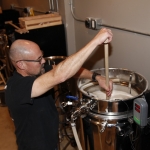 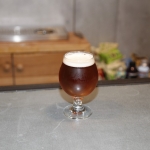 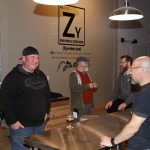 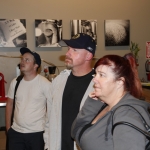 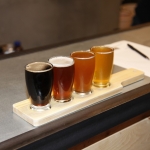 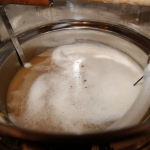 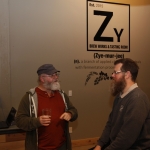 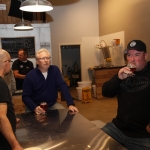 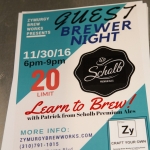 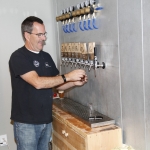 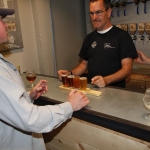 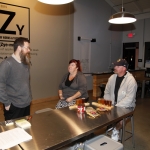 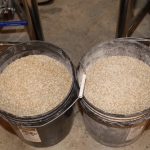 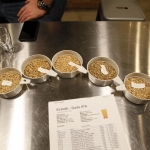 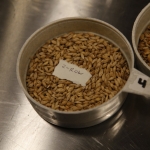 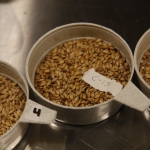