A Visit to the Palmdale Breweries

Since I was going to the Bravery Brewing 4th Anniversary celebration in Lancaster anyway, and Palmdale’s two new breweries are less than five miles from Bravery, I decided to stop in to visit Transplants Brewing Company and their neighbor across the way, Lucky Luke Brewing Company.

The last time I visited Palmdale was for the Transplants Brewing ribbon cutting back in January. If you look at the photos from that event you will probably notice that there was a large mural in progress, and you may have noticed that they were offering 10 beers for their opening day. When we arrived Sunday it was obvious that a lot more work has been done on the mural; I get the feeling it may never truly be completed, but it is very interesting to gaze upon.

Another piece of art that is constantly evolving is their tap list. Six months ago they had 10 beers, Sunday they had 25. I asked if most were not small batch experimentals, but they are not currently doing small batches; everything is a full batch. They still had some of our favorites, like Soulful Ginger and Palmdale Poppies, Pour Amour and Trance Plants and there were some very tasty additions such as Drink a Peach and Hops Goes the Weasel.

Transplants Brewing continues to experiment with interesting flavors, some which are going to be perfect for those Palmdale summers. I noticed that their swamp coolers kept the dog friendly tasting room quite comfortable; so I can see why it is becoming a popular Palmdale hangout. Transplants Brewing Company is located at 40242 La Quinta Lane in Palmdale and is open Wednesday through Sunday. They offer growlers and crowlers for takeout.

We then went across the street to the Lucky Luke Brewing Company to see what has changed there since our last visit six months ago. At first glance, there have not been a lot of changes in that they still had 10 beers on tap, but the style has expanded. For instance, in January they offered The Actuator, a Belgian golden strong ale; on Sunday they released The Actuator aged in either red or white wine barrels. I tried the red and really enjoyed it. They now offer The Salzmann, a Gose with coriander; it was pretty tasty. Unfortunately, my favorite of their beers, The Impresario IPA was not available because they have just signed with a distributor that resulted in their accounts getting The Impresario for now, while the tasting room got by with The Adventurer IPL.

The Lucky Luke Brewing Company is located at 610 W. Avenue O in Palmdale and their dog friendly tasting room is open Wednesday through Sunday. They are currently filling growlers to go. Cheers! 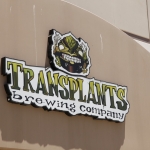 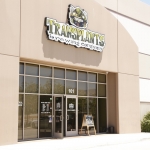 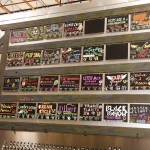 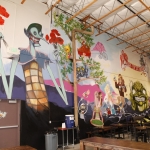 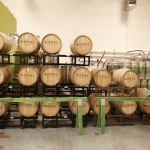 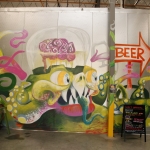 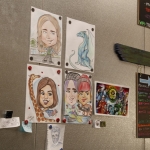 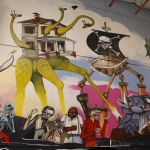 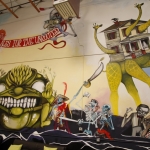 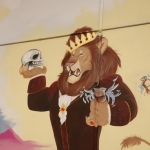 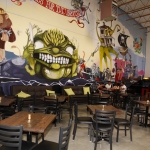 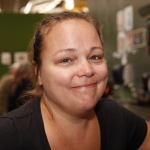 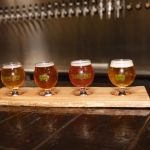 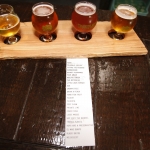 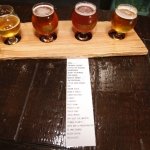 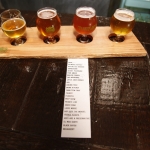 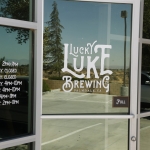 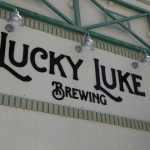 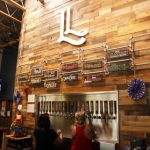 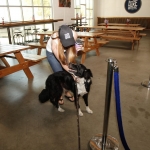