A Visit to the Torrance Microbreweries

I have always felt pretty fortunate to live in the South Bay with its great weather and lack of natural disasters, but the recent explosion of craft brewers in the area has made living here that much better. Earlier in the month, Torrance Mayor Scotto even cited craft beer as a new growth industry for Torrance. I will do all I can to help Torrance craft brewers succeed and look forward to the day that a tour of Torrance microbreweries will rival anything San Diego County can offer. Torrance currently has three microbreweries with tasting rooms, Strand Brewing Company, Monkish Brewing Company and Smog City Brewing. On Saturday my girlfriend Tanya and I had gone out to photograph flowers at the South Coast Botanical Gardens, which just happened to be around the corner from Strand Brewing Company, so we made a stop on the way home.

Strand Brewing Company is one of the original two microbreweries here that has a tasting room. While the tasting room has only been open for little over a year, Strand Brewing has been in business since 2009, supplying local establishments that serve craft beer. Probably best known for their 24th Street Pale Ale and Atticus IPA’s, Strand Brewing’s owner/brewmaster Joel Elliot has been releasing a few different styles including some outstanding Double IPA’s, with White Sand being a personal favorite. Their Second Sleep Imperial Stout is another standout. Strand has recently started bottling beers so it is becoming easier to take my favorites home and have them last longer than what growler can provide.

Tanya was getting a little hungry, so we decided to head over to Monkish Brewing Company because they seem to always have a food truck there on Fridays and Saturdays. Saturday they had Andy’s Cart, a gourmet hot dog and sausage cart. We tried their Chicago dog and a Reuben sausage sandwich; they were pretty good.

Monkish Brewing Company opened their tasting room about the same time as Strand Brewing and specializes in Belgian style ales. It has been a pleasure watching Monkish grow as owner/brewmaster Henry Nguyen expands his list of available beers. The first time I visited Monkish they had four taps available; their Oblate, Anomaly, Red Table and Feminist. When we stopped by Saturday there were a total of 10 taps pouring including his new lager, a Dubbel and a Tripel. Barrel aged is next on tap.

Literally right around the corner from Monkish Brewing Company is the newest microbrewery to open a tasting room in Torrance, Smog City Brewing Company. While Smog City is new, the owner/brewmaster Jonathan Porter has been brewing professionally for several years, first cutting his teeth at BJ’s and going on to be the brewmaster at Tustin Brewing Company for about six years. The thing I like most about Smog City is the wide variety of styles brewed by Porter. At the grand opening he had an XPA, an IPA, a red ale, a sour, a barrel aged, a saison, a porter and a stout. He has a couple more scheduled for release pretty soon, so I think this is a great addition to the South Bay craft beer scene.

Back to Torrance Microbrewery Photos
[Show as slideshow] 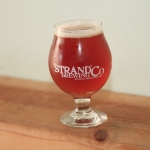 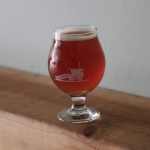 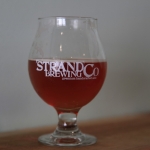 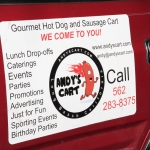 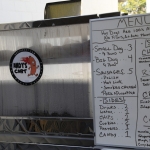 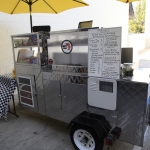 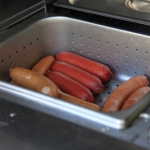 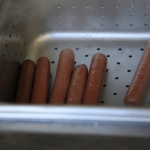 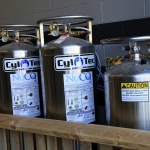 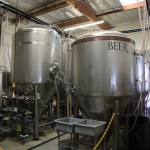 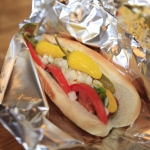 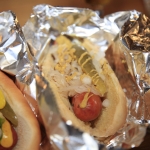 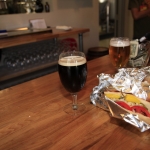 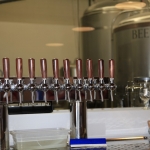 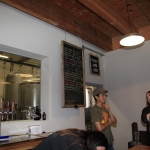 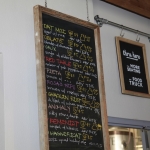 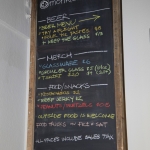 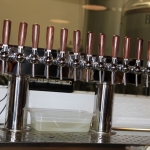 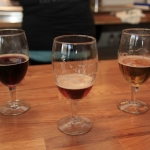 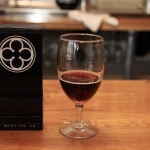 1 2 ►
Back to Torrance Microbrewery Photos