It seems like we have been waiting forever, but the day has finally come; The Dudes’ Brewing Company has officially opened their tasting room to the public and the public turned out en masse. Even though they opened their doors at 3:00 PM, when most people are at work, there was a line forming by the time I got there; and I got there early. In the last minutes before the doors were officially opened, finish work and clean up was being completed on the new tap room. When the doors opened everyone lined up at the bar to order one of the many beers brewed by The Dudes’. The brews included the familiar Double Trunk, Grandma’s Pecan, Kolschtal Eddy, Blood Orange and Grinning Face with the not as well-known South Bay Session and the newly introduced California IPA and El Duderino Agave Wheat.

The grand opening continues Saturday and Sunday when The Dudes’ will be open from noon until 10:00 PM. Throughout the weekend various cask offerings will be made available along with giveaways and special beer pricing. There will also be food trucks for those seeking food.

The Dudes’ Brewing Company is located at 1840 W. 208th Street in Torrance. Their hours, for the time being, will be Thursdays and Fridays from 3:00-10:00 PM and 12:00-10:00 on Saturdays and Sundays. I had a few people come up and tell me that some of the brews that they had tried before seemed even better straight from the source, and I believe that would be tough to dispute. Welcome to the South Bay, Dudes. Cheers!

Back to Grand Opening at The Dudes’ Photos
[Show as slideshow] 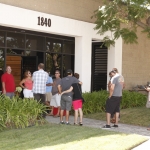 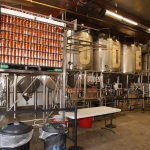 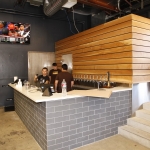 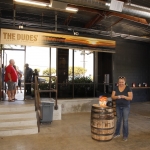 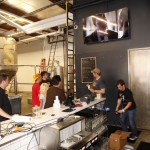 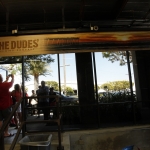 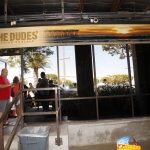 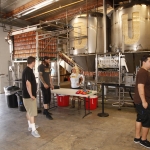 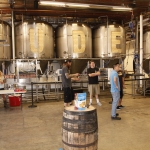 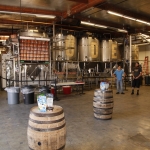 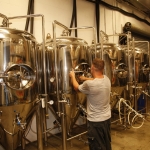 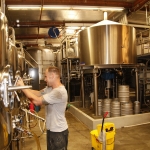 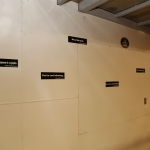 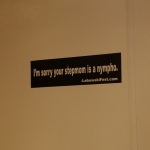 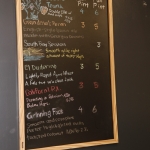 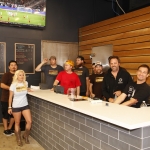 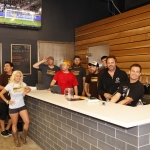 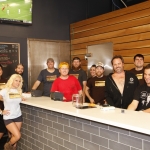 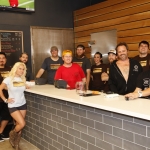 One Response to Photos from The Dudes’ Brewing Company Grand Opening