The Dudes’ Brewing Company: Hard to call them a microbrew

I was out and about Saturday morning, taking photos for a project, when I suddenly found myself around the corner from one of Torrance’s newest microbreweries, The Dudes’ Brewing Company. I had several invitations to drop by and Saturday morning I happened to show up while they were preparing to start brewing a new IPA. Head brewer, Jeff Parker had a Kolschtal Eddy poured for me, then took me on a tour of The Dudes’ brewing operation; it is quite impressive.

The Dudes’ launched over the St. Patrick’s Day weekend with several kickoff parties, two of which I attended. It was clear that their local roots were paying off as both events were packed. The Dudes’ are a little different than the other microbreweries around here in that they do not have a tasting room yet, preferring to begin by providing kegs to local taverns and eateries. They have been very successful at that and now can be found all over central and Southern California. Their plan is to start up the canning line in early August with a tasting room being added by the end of 2013.

If you have visited any of the local microbreweries in the South Bay you cannot help but be impressed by the size of The Dudes’ operation. While the larger breweries around here have a capacity for maybe 9,000 barrels a year, The Dudes’ can brew up to 30,000 barrels with plans to bring it up to 50,000 barrels. One might think it would be difficult for a small microbrewery to manage that much production and you would be right; until you add automation. Jeff showed me the schematic diagram he spent a few months putting together for his vision; you can tell there was a lot of thought put into it. He then gave it to a friend that works with Anheuser-Busch on the automation portion of their operation and he made the diagram a reality.

The Dudes’ have a little remodeling left to do to fit in a tasting room, then they will have their Conditional Use Permit hearing; knowing how receptive the City of Torrance is to the craft beer scene, it should not be too long before we have another tasting room in Torrance; then you can see their operation for yourself. In the meantime, here are a few photos from my visit. 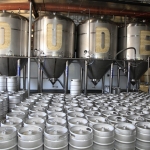 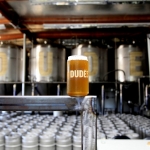 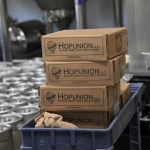 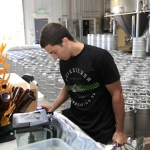 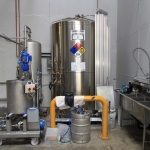 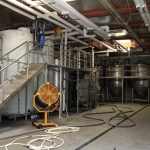 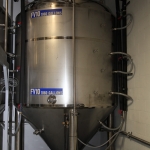 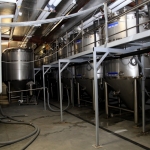 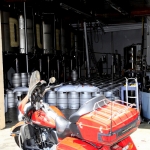 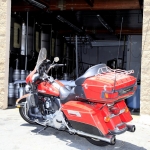 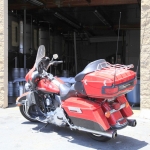 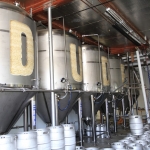 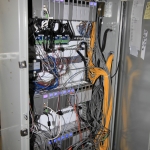 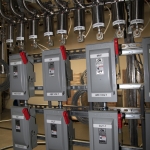 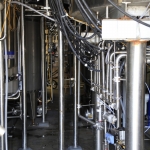 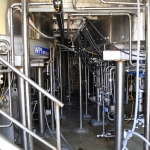 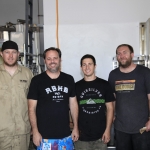