I have been fortunate enough to spend a considerable amount of time traveling around the United States and in that time I have found numerous brewpubs. For definition sake, a brewpub is a brewery that also serves food. Some of brewpubs serve pretty basic fare, like cheese or hummus and pita; others are pretty upscale and rival any restaurants in their price range. Of all the brewpubs I have visited, The Brewery at Abigaile in Hermosa Beach is the brewpub that sets the bar for brewpubs in my opinion.

I first became aware of the Brewery at Abigaile during American Craft Beer Week in 2012; the manager of The Rockefeller (a gastropub up the street from Abigaile) knew that I was seeking new local beers and Abigaile had just undergone some changes, including a name and menu change and they decided to utilize the brewing equipment that had been sitting as a decoration for 10 years when the restaurant operated under a different name. Brain Brewer, who had been home brewing since high school was working construction when Abigaile owner Jed Sanford asked him to revive the brewing system. The timing was right and the South Bay has been better for it as a result. As I do not do beer reviews because I do not feel they can be subjective, I will just urge you to buy a flight if you are a first time visitor. Brewer’s selections of brews never fails to satisfy, as evidenced by his current options of his Orange Blossom Blonde Ale, Polyrhytm Pale, Cacophony IPA, Black Mass Porter and Sugar Daddy, a Belgian style strong ale. Their head chef, Tin, does some amazing things in his kitchen and you are encouraged to stop by for their happy hour as they call it their R&D Hour and there is always something special that Tin has thrown together as an experiment; it is pretty darn good.

This week, the Brewery at Abigaile has released their Cacophony IPA which was brewed in participation with the Ales for ALS charity, using a special blend of new and experimental hops created by Loftus Ranches and Hopunion in conjunction with Vinnie Cilurzo from Russian River and John Mallet from Bell’s Brewery. ALS is commonly known as Lou Gehrig’s Disease and is a progressive neurodegenerative disease that leads to paralysis due to the death of motor neurons in the spinal cord and brain. The Brewery at Abigaile is donating $1.00 from every pint sold to the ALS Therapy Development Institute and this is just one example of why I like these guys so much. In the short time I have known them they not only turn out quality beers and tasty food, but they always seem to be doing something involved with the betterment of the community or they are giving away beer and food to thank the community for their support. They are a class operation that I am happy to call friends.

The Brewery at Abigaile is located at 1301 Manhattan Avenue in Hermosa Beach at the northwest corner of Manhattan and Pier Avenues. They are open Monday through Friday at 5:00 PM and are open for brunch at 11:00 AM on the weekends. 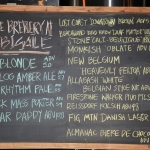 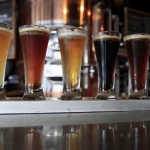 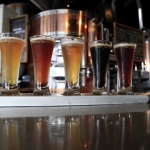 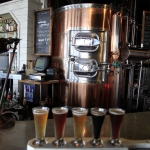 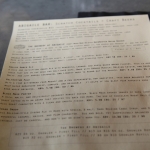 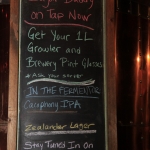 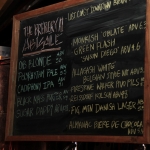 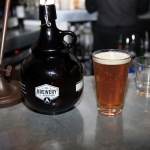 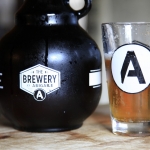 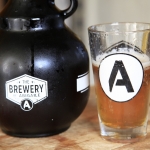 One Response to Cacophony IPA: Ales for ALS