Surfridge Brewing: and Then There Were Four

Followers of the Craft Beer Guy Facebook page may recall that I put up a few photos from Surfridge Brewing at the end of July, but in all honesty, owners Steve and Jennifer Lieberman were still keeping things close to the vest and really only let me photograph their six 20bbl fermenters. When I first saw the tasting room that was really what I wanted to shoot.

Hopefully you know that I left town for GABF and my annual Craft Beer Tour at the end of September. A few days later Surfridge had their soft open, followed by their grand opening a week later; as a result, I missed out on both and was only able to share their event on Facebook. I know at least a few of you attended, and I hear it was a fun event with live music and food trucks to go along with the Surfridge brews. Since I returned home Sunday evening, I used Thursday for my first official visit, complete with Surfridge Brewing brews.

Thursday afternoon I was the first customer to come in, and it was the first time I have walked in through the front door; their tasting room really is one of the nicest and welcoming of any I have visited, and you know I have visited a lot of tasting rooms. Their bar is long, with plenty of room for sitting or standing. There are tables with benches, and tables with nice couches. There is an outdoor patio, as well as an indoor patio area; each with plenty of comfortable seating. And they have beer.

On the day of my visit they had six beers to choose from; Gimme One Kolsch, Mr. Pink Witbier, Nug Light Session IPA, We Used to be Friends Pale Ale, Throwback 1997 IPA, and This Ain’t Your Grandma’s Oatmeal Stout. Gimme One was a great way to start, while Mr. Pink with its Pink Peppercorns caused me some pause; Nug Light was outstanding as was This Ain’t Your Grandma’s Oatmeal Stout.

Surfridge Brewing Company is located at 137 Nevada Street in El Segundo. They are open Wednesday through Sunday, have a dog friendly patio area (inside and out), have rotating food trucks, and offer crowlers to go, or will fill your growlers that have other brewery names covered. Cheers!

Back to Photos from Surfridge Brewing Company
[Show as slideshow] 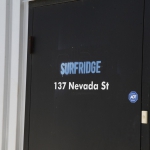 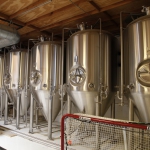 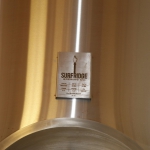 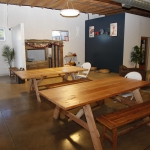 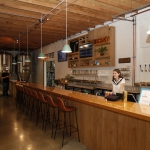 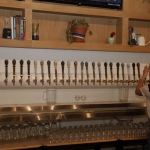 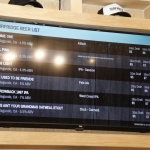 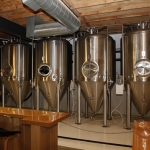 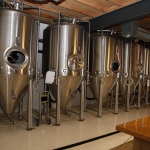 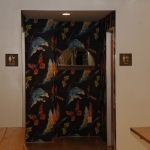 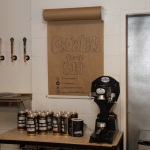 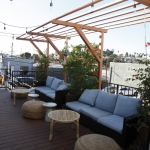 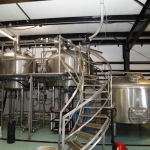 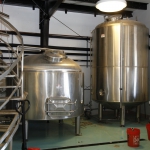 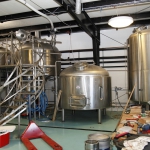 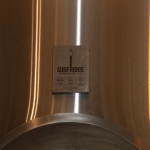 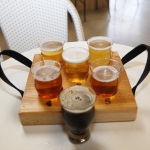 Back to Photos from Surfridge Brewing Company