Since we have been on the road lately, I decided that this weekend we would stick around and give a little love to the South Bay’s craft beer brewers for the Valentine’s Day weekend. Friday, Valentine’s Day, we headed over to The Brewery at Abigaile, a brewpub in Hermosa Beach. Since it was Valentine’s Day and we had not made any reservations we took advantage of their Happy Hour seating and grabbed a couple seats at the bar where we were able to enjoy a flight of their brews; including their 002 2nd Anniversary DIPA and Dark Matter a Belgian dark ale that can only get better with age. One of the best things about the release of the 002 DIPA is that it means the anniversary party for Abigaile must be coming soon.

On Saturday I headed over to Smog City Brewing where they were hosting a fundraiser for the LA Derby Dolls Enforcers. The Derby Dolls are a Southern California, all-female banked track roller derby league. The Enforcers are the referees for the league. The fundraiser consisted of a raffle for Derby Dolls and Smog City swag as well as beer floats in four different varieties and a pie versus cake sale. Between the people that came out specifically for the fundraiser, the various beer tour buses and those that just wanted to come have a beer, Smog City was packed to the brim. After sampling a couple beers and Tanya’s Death by Chocolate (The Nothing with chocolate ice cream beer float) we headed over to Monkish Brewing.

We got there about the same time as the LA Craft Beer Tours van, so we found Monkish to be almost as crowded as Smog City. When I think back to when we first started going to Monkish and compare it to today it is pretty obvious that the craft beer scene in Torrance is really exploding. People frequently ask me if there are too many breweries here; when I visit multiple local breweries like I did Saturday I can’t help but think how crowded these locations would be if there were only one or two available.

We then headed to Strand Brewing Company to enjoy my favorite, White Sand DIPA while Tanya had a Batch 100; her long time favorite from Strand. When we first arrived there were perhaps a dozen patrons enjoying Strand’s brews but that soon changed and by the time we finished our beers the tasting room’s population increased three-fold as co-owner Rich Marcello darted around talking with anyone that asked as well as offering suggestions on what brew should be enjoyed next.

The last of the photos are from Sunday at El Segundo Brewing Company. While there was no scheduled “event” at El Segundo, their tasting room was pretty packed. As we have not had a flight there in a while it was decided that a flight would make a great photo op and it would give Tanya an opportunity to test her ever expanding palate and try to figure out which hops she does and does not like. I am happy to report that even though a month ago she would have never said this, White Dog was actually her favorite brew. As a hophead living with someone that previously would not give a hoppy beer the time of day, this was music to my ears.

All in all, it was a nice weekend and the South Bay’s craft breweries all seem to be doing quite well. They say that a given percentage of new businesses are doomed to failure; I think it is safe to say that this group has passed the hurdle and we will be enjoying their brews for years to come. Cheers!

Back to South Bay Breweries Valentine’s Weekend
[Show as slideshow] 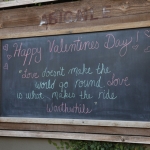 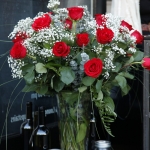 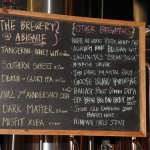 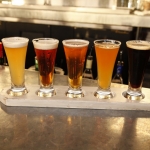 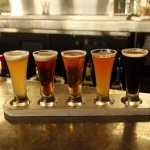 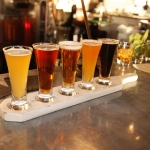 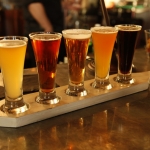 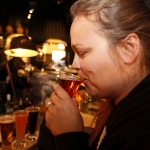 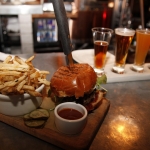 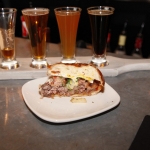 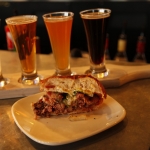 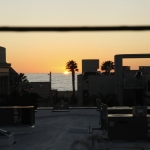 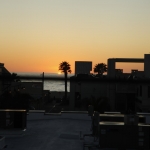 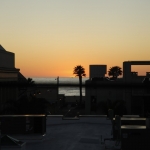 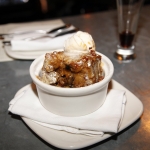 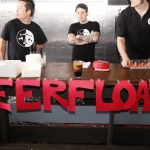 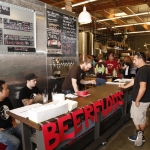 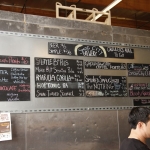 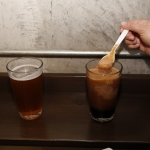 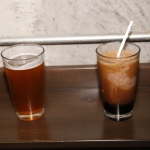