Wednesday evening, San Pedro brewpub San Pedro Brewing Company (SPBC) held their first Bourbon Barrel Aged Beer Night featuring their Blitzen Belgian Winter Ale and Sunken City Imperial Stout. Both brews are delicious on their own merits, but it is pretty amazing the difference what a few weeks in a bourbon barrel will do. I have to admit, I came because I knew the Sunken City was going to be excellent but I was completely blown away with what a little barrel aging did to the Blitzen. It was like drinking the best candy bar ever made. Hosted by San Pedro Brewing Company’s manager Greg Arn and brewer Jason Welke, visitors had an opportunity to try these first time attempts by SPBC at barrel aging and from the comments I overheard, no one left disappointed.

The primary roadblock many brewpubs run into when it comes to experimenting with new recipes and styles is space, and SPBC is no different in that regards, but Welke still finds the time and space to turn out some great brews and lots of awards for them. The rumor about town is that San Pedro Brewing may be obtaining a 10,000 square foot facility right around the corner from their existing brewpub. We should know what is happening with that within the next few months; personally, I cannot wait to see what Welke can do when he is given enough space to spread his brewing wings.

San Pedro Brewing Company is located at 331 W. 6th Street in San Pedro and is open seven days a week. They consistently have six of their own beers on tap with a few taps reserved for guest beers. They also have a nice food menu with their bruschetta being a house favorite. I hope to see you there sometime. Cheers! 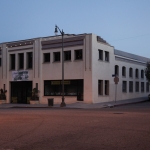 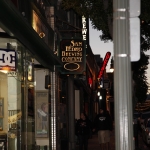 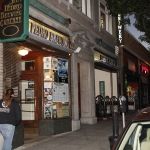 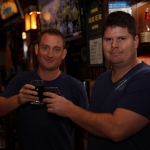 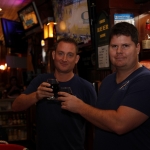 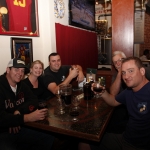 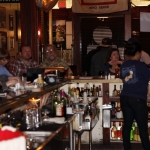 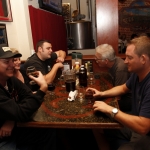 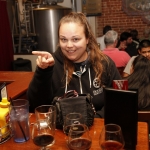 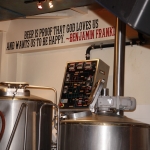