I started the morning off at the VIP session of Smog City’s festivities. They had opened up the cellar room that connects directly to the south of the main tasting room where they added two beer stations. One had their sours, like Cuddlebug, Snugglebug and Jason’s now famous Cuddle Paloma; and a citrus station where you would find Bloody Optimist, Mexican Vacation and Kumquat Saison. The main taproom had an additional Brewers Station back in the brewhouse where you would find brews like Bourbon O.E., Infinite Wishes and The Nothing. The Old Fashioned O.E. made its return from last year; I was glad Tanya got one so I could taste it.

The group was limited to 200 people which might sound like a lot for the tasting room, but with the cellar room being opened up, it was quite comfortable and the Smog City staff was keeping up handily with any lines that formed.

One of the best things about the South Bay craft beer scene is how close the brewery owners are to each other. This was exemplified by the fact that El Segundo Brewing was celebrating their El Cinco de Segundo, so they teamed up with Smog City Brewing and LA Craft Beer Tours and had two shuttles running from 1:00-6:00 PM, with shuttles leaving every 30 minutes from both locations. Since the ride availability was there, we jumped on the shuttle for a short visit to El Segundo Brewing Company. Those photos begin towards the bottom of page 8.

El Segundo Brewing was rocking with close to 20 brews at the main bar, and another station in the back with casks and specialty beers like the El Cinco de Segundo anniversary beer. If you are a hophead, you want to track it down; just delicious. The Basil Broken Skull on cask was pretty tasty too.

Out back, they had cornhole, and Jenga courtesy of Deep Seeded LA; and live entertainment provided by Hunter Porter. It was beautiful out there and people were enjoying soaking up the rays as they soaked up their suds. Congratulations to Rob Croxall, Tom Kelley and everyone at El Segundo Brewing Company on a great five years.

After an hour we jumped back on the LA Craft Beer Tours shuttle for the ride back to Smog City. Those photos begin on bottom of page 12.

When I returned to Smog City, things were still jumping. Most of the specialty beers were still available and people seemed to be enjoying that as well as the new spaciousness of the day. There were lots of good looking dogs there, so I had to capture a few of them.

Smog City has gone through a lot of growth and evolution over the last three years and all signs point there being at least as much in the coming three. Congratulations to Jonathan and Laurie Porter and everyone at Smog City Brewing. Cheers! 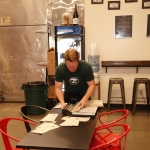 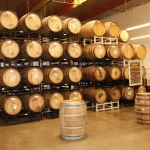 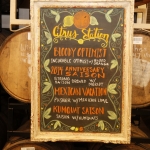 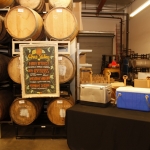 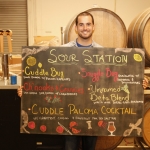 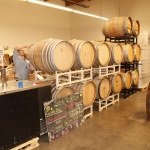 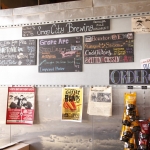 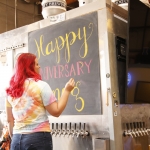 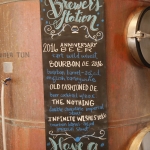 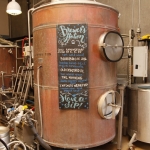 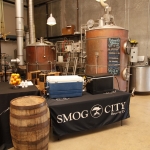 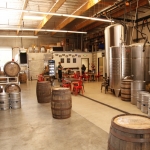 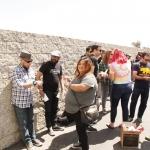 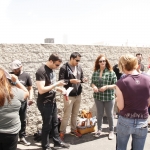 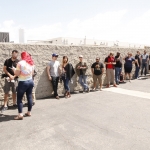 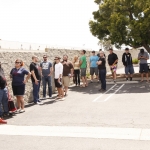 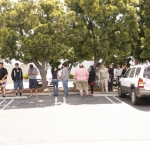 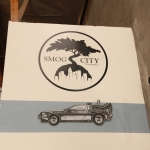 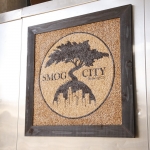 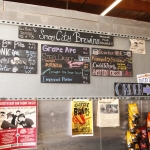