As it is American Craft Beer Week and I really have not done any articles to acknowledge it, I thought this might be a good time to talk about re-release of the first canned American craft beer.

A couple months ago I got an email asking if I would like to try a new beer that was being released nationally by the Pabst Brewing Company, Old Tankard Ale, an English Mild Ale. Now let there be no mistake, I am not a fan of Pabst Blue Ribbon in any way but when I read that the re-release of Old Tankard Ale was using a 1937 brewer’s log recipe I was intrigued as it was the number two nationwide seller in the 1930’s through the 1950’s. I wondered what was killing it back in the day.

When I opened and began pouring my first Old Tankard Ale, I was immediately surprised. My preconceived notions of what I was going to see and smell were blown away; if you had not told me it was a Pabst I never would have guessed it. There was a slight hop aroma with what I thought was sweet malt notes in the background. When I poured it I immediately wished I owned a real tankard as recommended. The color was beautiful and the head was thick; I was looking forward to trying it.

While an English Mild Ale might not be my first choice of session brews I would choose, this was pretty tasty; a lot better than what I think of PBR for sure. There was lots of body, caramel and even some background bitterness. But hey, free beer always tastes better plus they sent me quite a bit of it, so I decided that I would take it out and distribute some to some craft beer professionals, like professional brewers, homebrewers, tasting room beertenders and people I know that drink a lot of different beers. What would they think?

I did not watch everyone’s experience, but for the ones I did observe it is obvious that everyone loved the color. I watched as some brewers dissected the ingredients; the 2-Row malt and Cascade hops were the easiest to discern. The overall response was positive, with a couple of “eh” received. It is a good thing that it is a sessionable beer because it is not one of those beers that gets better as it warms up; I think it would be a nice winter session brew. Cheers! 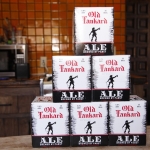 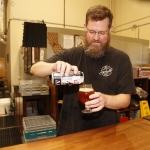 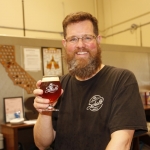 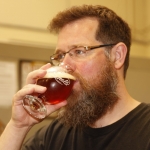 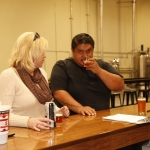 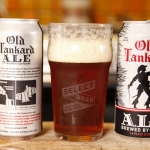