Battle of the Casks at Smog City Brewing

These photos were taken Saturday, December 28 at Smog City Brewing Company’s Battle of the Casks. This was a very fun event which featured five beers on cask, each created by the five Smog City team members; Jonathan and Laurie Porter, Chris Walowski, Mike Freeman and Ryan Trousdale. The contest was pretty cool; using their Bloody Knuckle Porter as the base beer, which is the base beer for their award winning Groundwork Coffee Porter, the five came up with their own recipes which were served on cask; with the attendees voting for their favorite. The options included a Fruit and Maple Cask, containing dried orange, cranberries and maple syrup; a Peanut Butter and Chocolate Cask, containing dried peanut butter, chocolate powder and cocoa nibs; and a Mint Chocolate Cask, containing chocolate powder, cocoa nibs, mint oil and vanilla beans. There was also a Toasted Coconut Cask which contained toasted coconut and vanilla beans; and rounding it off with a Raspberry Chocolate Sticks Porter Cask which contained raspberry puree, freeze dried raspberries, coco powder, cocoa nibs and vanilla beans.

It was a pretty tight competition but in the end, after all the votes were tallied, Porter’s Fruit and Maple Cask took third place, Ryan’s Toasted Coconut Cask was the first runner up with Chris’ Raspberry Chocolate Sticks Porter Cask getting the most votes; thus entitling him to the coveted Budweiser Belt and bragging rights until the next time.

In addition to the Battle of the Casks competition they raffled off lots of Smog City Brewing swag including shirts, caps, growlers and growler fills. For those seeking food, Serendoggity was there with their organic hotdogs. All in all, it was another great event at Smog City Brewing Company.

For those interested, Smog City will be open this Monday and Tuesday (December 30 and 31) from 2:00 – 5:00 PM for growler fills if you want to bring a growler or two to your New Years Eve party. Growlers are $2 off those two days. Cheers!

Back to Battle of the Casks Photos
[Show as slideshow] 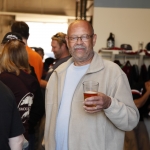 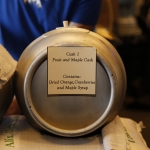 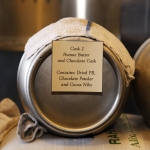 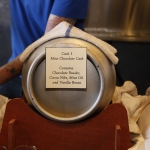 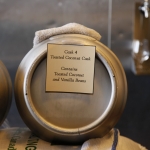 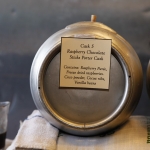 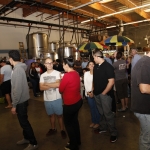 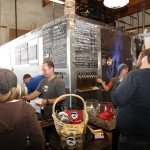 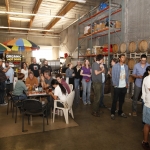 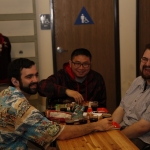 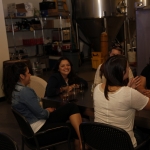 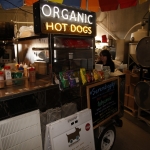 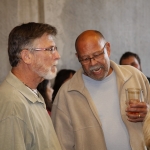 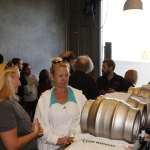 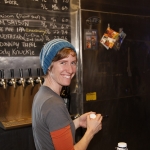 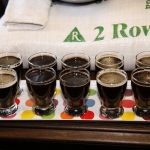 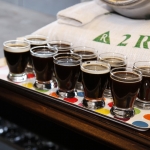 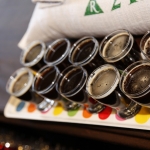 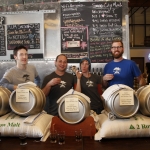 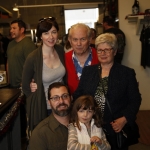 One Response to Battle of the Casks at Smog City Brewing