It was a year ago that I first stumbled upon Anaheim Brewery, a microbrewery located at 336 S Anaheim Boulevard in Anaheim, CA. I had attended the Easyriders Bike Show at the Anaheim Convention Center and noticed that they were virtually around the corner from Disneyland and the convention center; so I made the inevitable stop. On that visit, January 5, 2013, I had the opportunity to meet the owners and discovered that they were into motorcycles so we chatted for a while before they had to leave. The six beers they offered on tap were good and I made a mental note to stop by again on a future date. As it turns out, I do not really have a lot of reasons to travel to Anaheim; so when I found myself at the Easyriders Bike Show again on Saturday I knew I would have to stop by again to see what was new there.

Anaheim Brewery was initially established in 1870 at a different location in downtown Anaheim; pre-Disneyland. Actually, this is the 4th location for Anaheim Brewery, due in part to Prohibition which resulted in a 90 year closure. This most recent location was opened in 2010 and is on the site of the former Packard Building, a 1920s structure within the city’s Historic District.

Anaheim Brewery offers six different beers on tap at any one time. Their four flagship beers are their Anaheim Gold, Anaheim Hefeweizen (truly delicious), Anaheim Red and their steamed style beer, Anaheim 1888. They have two seasonal taps, one of which is usually an IPA. As I mentioned, this was my second visit and both times were in January, so I suppose the seasonals have a reason to be similar. The first time I went there their seasonal taps were Anaheim Chocolate Porter and Old Pacific IPA. On my most recent visit the seasonal taps were Mocha Porter and Coast to Coast IPA. The IPAs both have essentially the same description (Columbus hops and California grown barley) so I am not really sure what the difference might be other than the name. Both were tasty and smooth. I spent some time talking with Alisha, their Tasting Room Manager and she informed me that they would soon have a Scottish Ale available. When I looked at their Untappd history I noticed they have had several different varieties of beers available, so I guess it might pay to stop in a little more frequently.

Anaheim Brewery is open six days a week, they are closed on Mondays, and they offer pints, flights, growler fills and they have a number of their brews available in bottles. Flights are only $11 for six 4 ounce pours and you get to keep a souvenir glass. Anaheim Brewery does not go to the larger beer festivals but throw events at their tasting room and they do participate in a local street fair. If you go to Disneyland, California Adventure or the Anaheim Convention Center you will find a few of their beers available there as well. If you are in the neighborhood, they are freeway close off the 5 or 91 freeways and are worth the stop. Cheers!

Back to Anaheim Brewery photos
[Show as slideshow] 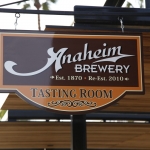 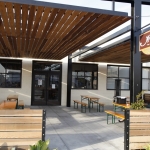 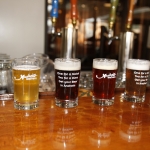 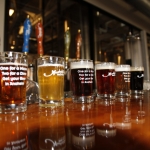 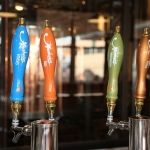 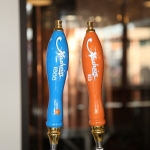 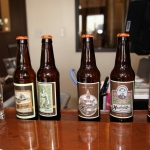 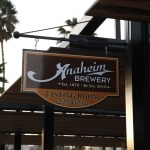 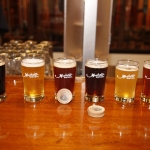 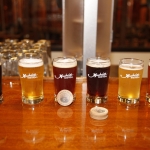 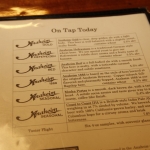 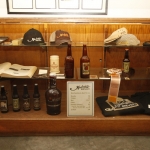 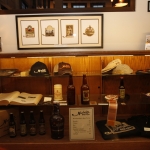 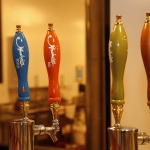 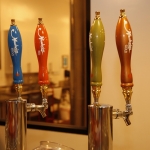 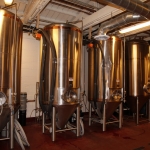 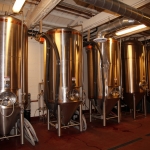 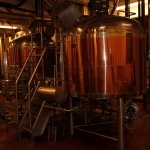 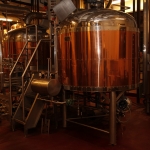 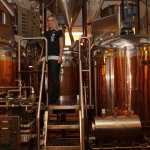 1 2 ►
Back to Anaheim Brewery photos