I have traveled to breweries up and down the state and ventured east as far as Indiana and Louisiana but even though it is only a couple hours away, I have not covered much in the San Diego area. With more than 100 breweries in San Diego County, I had visited a total of two; Alpine Beer Company in Alpine, and Stone Brewing’s Escondido location. The main reason for this is probably because a trip to San Diego for a beer tour would pretty much require an overnight stay and a convenient time just never came up. About a month ago I received an email asking if I would like to join Travelocity on an overnight beercation in San Diego; my convenient time had arrived. The fact that it was during San Diego Beer Week was just icing on the cake.

Our group consisted of a variety of foodies, travel influencers and two beer writers; we would be staying at the Pearl Hotel and visit AleSmith Brewing, Ballast Point, Mission Brewing and end with dinner at Stone’s Liberty Station location. We were transported around the different breweries by HotShots Brewery Tours. The reason for the invitation was that Travelocity has realized how big craft beer is around the country and that people are traveling specifically to try craft beer; so they created a beer tourism index. Everything we did can be booked via Travelocity.

The index is based on four things with different weight values; how many breweries per million residents, rideshare availability, the number of airports that can fly to the city non-stop, and the price of lodging. They then break the results down by large and small metro areas; San Diego ranked 8th in 2016 for large metro areas. For those wondering, Torrance did not make the cut; I expect 2017 will be different.

We all met up at the Pearl Hotel which is a cool retro-style hotel in the Roseville-Fleetridge neighborhood of Point Loma. Other than sleeping, we did not spend a lot of time there but there were a few highlights in my opinion; the first of which is the craft beer tap list in the hotel’s bar. They have 10 taps, all of which are dedicated to San Diego breweries; I was able to try a Thorn Street Relay IPA which was very nice. The room I had was pretty cool and right by the pool; if I had given it any thought, it would have been a great weekend to bring swimwear. Another nice touch was that every room was protected by its own personal Betta fish, otherwise known as a Siamese fighting fish; and they name each fish, mine was Ace. I slept well knowing Ace was watching over me.

The Pearl Hotel is located at 1410 Rosecrans Street and rooms can be booked via Travelocity.

After everyone got checked in and settled we were picked up by HotShots Brewery Tours. To be honest, this was the first time I ever went on a professional brewery tour, so I was not exactly sure what to expect.

HotShots Brewery Tours uses a retro-fitted fire truck that used to be a hotshots fire truck. For those unfamiliar with what a hotshot is, they are the crews that fight forest and wildland fires. They are considered by many to be the special forces of the firefighting world. As an interesting aside, a portion of their sales goes to support the Wildland Firefighter Foundation. Paul and Anthony were our guides and they ensured everyone had a great time.

Our first stop was supposed to be Green Flash, but something got in the way and we diverted to AleSmith Brewing Company. The first thing I noticed about AleSmith is that this is definitely a destination brewery; no one is accidentally stumbling onto it. If it was not for the grain silos outside, you might not know there was a brewery there; there was virtually no advertising on the outside of the building that I noticed, other than an umbrella on their patio.

As it was early afternoon, HotShots brought out a nice lunch with a choice of three varieties of sandwich, salads, cookies and of course, beer. We were treated to AleSmith’s Lil Devil Pale Ale, followed by their IPA and then they started bringing out the big guns; specifically Speedway Stout. Since it was San Diego Beer Week (SDBW2016), AleSmith was offering their Speedway Grand Prix which offered four or five variations of the Speedway Stout. I did not see anyone from our group go for that option, but several of us did visit AleSmith’s “Anvil & Stave: A Barrel-Aged Beer Experience”; a separate room that allows visitors to create their own barrel-aged beer blends. I opted for the Blend of the Day which was nothing short of amazing.

After we finished eating and were given our Speedway Stouts, we were given a tour of the brewery itself. All I can say is that after visiting a brewery like AleSmith that has been open for 20 years, it really makes me excited to see where our local breweries are after another 15 years.

AleSmith Brewing Company is located at 9990 AleSmith Court and they are open seven days a week at 11:00 AM. They do not have food, but there were two food trucks when we were there and they obviously allow you to bring your own food.

Our next stop was Ballast Point Brewing & Spirits. Admittedly, I am not sure that Ballast Point would have been on my bucket list, but I expect to find more variety at any tasting room than I will find at a bottle shop or craft beer bar so I went in open minded. I must admit, I was pretty surprised when we walked into the tasting room as they had over 40 beers available on tap! I had no idea they brewed so many varieties.

We were given a very nice tour of the Ballast Point facilities, beyond just the massive brewery itself. We got to go back behind the scenes where they actually do tests to find out what the shelf life is of different varieties. Essentially they do a stress test on their brews to ensure the consumer receives what Ballast Point wants them to experience.

Ballast Point Brewing & Spirits has several locations in the San Diego area; the one we visited was the Scripps Ranch location at 10051 Old Grove Road. They are open seven days a week and have food trucks every day except Mondays.

It was dark by the time we got to our third destination, Mission Brewery; I cannot help but think that the brick exterior and the grain silo were enhanced by the darkness; it is a very cool looking building.

Once inside we were greeted with about 20 taps, six of which are their core beers; so there were a lot of seasonal brews available that you would probably never know existed if you did not visit the brewery itself. Maybe some local San Diego bars have some of the seasonals; I am not really sure.

The brewhouse is right next to the tasting room, so visitors can see where their beer is coming from. We were given a tour of the operation and tried a couple tasters; to be honest, by this point my palate was pretty useless so I did not do any experimenting but I did pick up a barrel-aged Dark Seas which will be saved for sometime in the future.

Mission Brewery is located at 1441 L Street in the East Village area of San Diego. They open daily at noon and are dog (and kid) friendly. They do not offer food, but like just about every tasting room I have visited, outside food is welcomed.

Liberty Station has very large inside and outside patio dining areas with a food menu that is on par with the Escondido location; it is definitely more gastropub than a typical brewpub. They have about 40 craft beers on tap and have more than 100 bottles available from around the world. They also have a small brewhouse there, which we toured.

I would like to once again thank Travelocity for the invitation, I had a great time. Several of the members of our entourage mentioned that they use the Travelocity mobile application for their travel needs and they all seemed to be very happy with its ease of use and the benefits they received. If you decide you need a beercation, you might want to check it out. Cheers!

Back to San Diego Beercation Photos
[Show as slideshow] 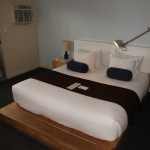 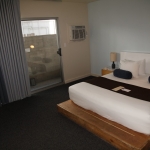 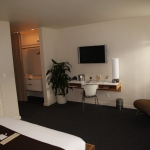 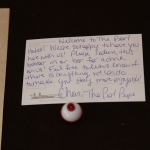 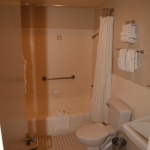 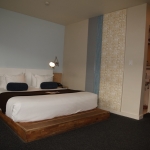 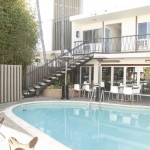 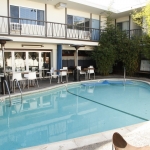 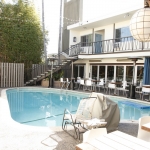 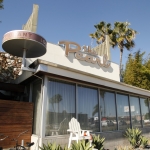 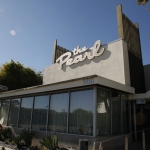 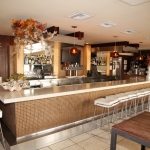 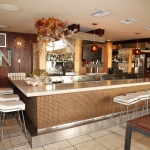 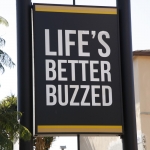 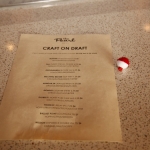 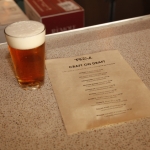 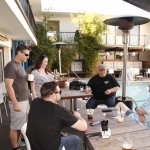 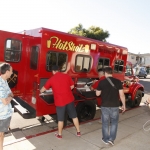 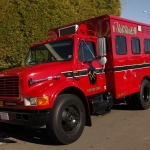 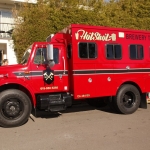