When I last posted here, I was at the California Craft Beer Summit in Sacramento (thanks again to HopSaint Brewing Company for the support); I was in need of a road trip so I figured since I was already there, I should make the two hour drive to Reno, Nevada to visit George, a friend of mine that is stuck at the VA hospital there because of all the Agent Orange he was doused with in Viet Nam. We have known each other since 1972 but I have not seen him in close to 10 years; I wanted to see him before it was too late.

After we signed George out of the VA and he wanted to go to lunch at a steakhouse in one of the big casinos; when we arrived we found out the steakhouse did not open for several more hours. George had another place he enjoyed, so we drove over there.

When we pulled up I was more concerned with finding a shady spot to park (for the dogs) than what the name of the place was, and I was really there to visit with my friend; I was not very concerned with where his appetite had brought us.

As I walked through the dimly lit entry and approached the receptionist’s station I could not help but notice a couple brite tanks. “Do you brew here?” “Yes, we do.” I scored; George did not have a clue about Craft Beer Guy, I am not sure he does now. My buddy had brought us to Brasserie Saint James, a brewpub that has seven year-round brews and a host of seasonal beers.

I will be honest; I did not take any notes about the beer because I was socializing with an old friend. I can tell you everything was a lot better than I was prepared for in the middle of the Nevada desert. Their 1904 Peach sour was pretty darn tasty as was their Vienna Lager and Session IPA. Tanya ordered the waffles and chicken which was also pretty good.

Even though my notes were non-existent, we all had a great time and I would highly recommend visiting Brasserie Saint James; they are located at 761 South Virginia Street in Reno.

After we poured George back into his room we headed to The Depot Craft Brewery Distillery; which is exactly what it sounds like, a brewpub and distillery that also happens to have a dog friendly patio. We started off with a flight of their James & the Giant Witbier and a few IPAs before trying a flight of their spirits. I guess my palate is not that educated when it comes to discerning various whiskeys; I enjoy tasting beer a lot more. Since we had already done lunch, we did not go very deep on the food menu; but their pretzel was very good. Since it was a very hot day, their standout beers for me were The Ranch Hand kolsch and the James & the Giant and The Emigrant sour.

While the dog friendly patio was a draw for us, I am very glad I went inside; the building is from the early 1900’s and is very photogenic. If you visit them, walk around and check it out.

The Depot Craft Brewery Distillery is located at 320 East Fourth Street in Reno.

As the sun set we decided that we were going to drive to Indiana to visit Tanya’s family, so we got a room for the night. As it was still relatively early we decided to take a walk over by the casinos as there were a couple more craft breweries to be found among them.

There are two Silver Peak Brewery locations; we went to the one alongside the Truckee River, located at 135 N. Sierra Street in Reno.

While we were there our bartender recommended we visit Ole Bridge Pub which was just a hundred feet away. Ole Bridge Pub is billed as Reno’s best craft beer bar, so it would have been silly to pass it up, right?

When we arrived they were getting ready to close up, but they let us in for a pint and a game of darts. They had 17 craft beers on tap as well as numerous bottle selections. Their beer list was made up of several local brews as well as a few from California, Colorado and even Maryland. They also carry several wines. As they are right on the Truckee River it has a very scenic patio.

The Ole Bridge Pub is located at 50 N. Sierra Street in Reno. It is virtually across the street from Silver Peak Brewery.

After we got done playing alongside the Truckee, we began our walk home which meant we had to walk by the Eldorado Hotel & Casino which houses The Brew Brothers microbrewery. As it was very late there was not time for a flight (I don’t recall that they actually offered them, to be honest), so I tried their Rye IPA which was okay, even if it was served in a plastic cup.

The next day we headed east on I-80 which offered views of the Truckee River and Donner Pass, but very little in the way of beer until we arrived in Elko and found Stray Dog Pub & Cafe. I was relying on my navigator, so not exactly sure how we ended up here, but they had a decent tap list with several Nevada breweries featured and a damned good pizza. You don’t get much more desolate than Elko, Nevada so your options are pretty limited; Stray Dog Pub & Cafe is a nice place to refuel; they are located at 374 5th Street in Elko, Nevada.

Back to Photos of Reno & Elko, Nevada Craft Beer
[Show as slideshow] 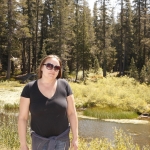 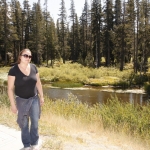 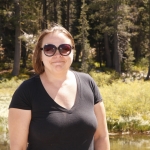 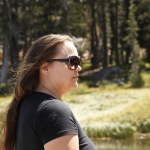 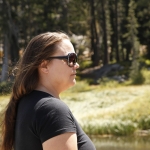 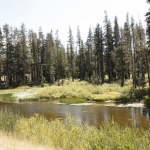 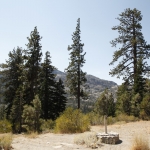 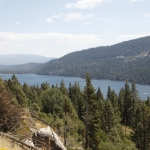 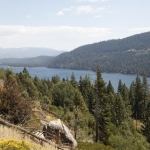 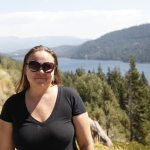 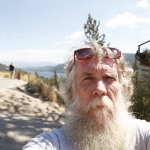 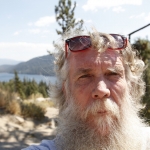 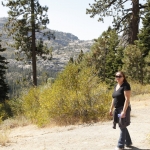 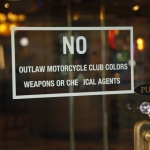 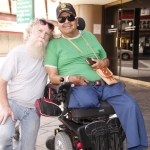 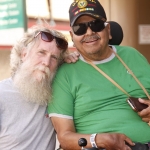 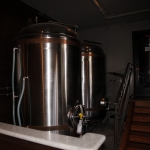 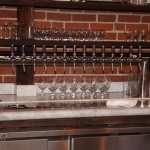 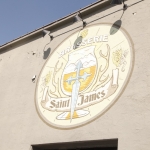 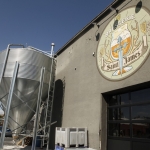