Photos from The Slice and Pint Soft Open

These photos were taken Sunday afternoon at the soft open of El Segundo Brewing Company’s, The Slice and Pint, a new restaurant featuring craft beer, local wines, and a variety of pizzas, salads and appetizers including such items as chicken wings, meatballs, Garlic Knots and calamari.

The event was limited to friends, family, and craft beer industry types, but was very well attended; even with the Rams game on. Of course, those that wanted to watch the game were able to do so as The Slice and Pint had six or seven large screen televisions placed strategically so that you would have to go out of your way to avoid seeing one.

El Segundo Brewing featured about 12 of their beers, with a few guest taps from local breweries like Smog City. There were a few wines available, as well as soft drinks for the kids.

The Slice and Pint is located at 130 W. Grand in El Segundo. I cannot say exactly what days they will be open, or what the hours will be, but store manager Pete Crowner suggested staying tuned to the ESBC Slice and Pint Instagram page for the latest information. Of course, when I hear the official dates and times, I will also post them on the Craft Beer Guy Facebook page. Cheers! 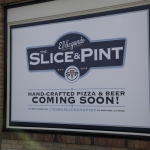 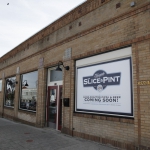 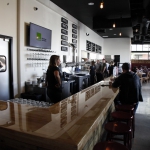 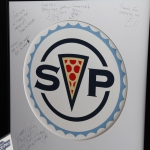 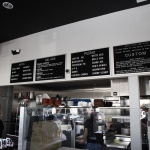 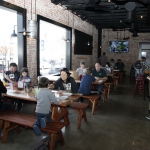 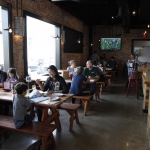 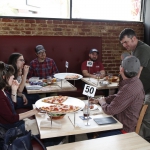 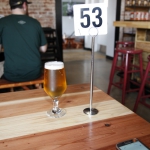 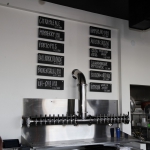 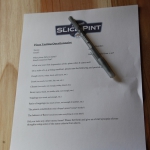 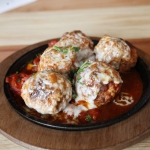 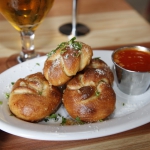 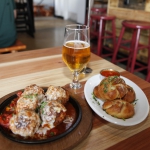 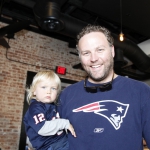 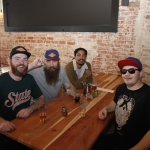 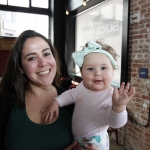 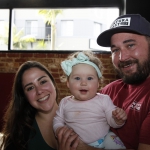 1 2 ►
Back to The Slice and Pint Soft Open Photos