These photos were taken Saturday afternoon at Los Angeles Ale Works, Hawthorne’s first production brewery, where they celebrated their third anniversary with a massive block party. The event featured a quadruple can release, four food vendors, DJs and live music, anniversary merchandise, and a michelada bar.

I had two events to cover Saturday; one was inside and the other, LA Ale Works’ Block Party, was outside. As it was a beautiful day in the South Bay it was not too difficult to decide which one I was going to do first.

After taking a few photos I decided it was time to try their “anniversary beer” which turned out to be seven different beers. They included Infinite Potential Munich lager, Cosmik Debris IPA, Flight Path DIPA, Scrappalicious Juicy IPA, From the Roots farmhouse ale, In For the Long Haul bourbon and rum barrel-aged barleywine, and Tropic Punch In mixed fermentation barrel beer; I opted to begin with Flight Path and had no regrets.

The can release consisted of their Scrappalicious, a 7.5% Juicy IPA, Flight Path, an 8.5% Double IPA, In For The Long Haul, a 10.0% Barrel Blend w/Coconut, and Sled Dog, a 12.9%, Bourbon Barrel Aged Stout. Food was provided by Kogi Korean BBQ, La Huesuda Tacos, Scoops on Tap, and Compton Churros.

It was another fun LA Ale Works event with lots of families and dogs enjoying the music, weather, food and beer. As someone who has observed their growth since before they actually opened, it is good to see their growth and success. I am sure the next year will be more of the same. Cheers! 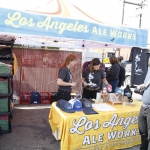 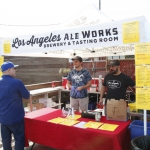 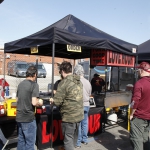 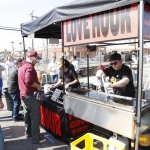 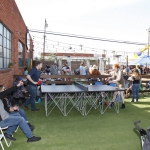 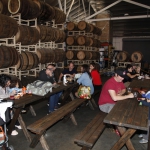 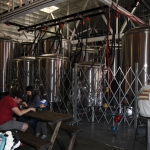 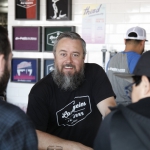 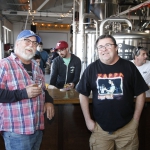 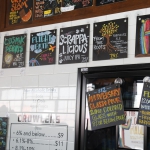 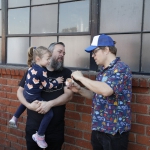 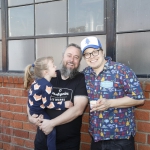 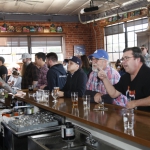