All day Saturday, Beachwood BBQ & Brewing, the world’s best large brewpub, celebrated five years with hundreds of their fans by providing at least 30 of their beers on tap, four casks, and hourly releases of such favorites as 8 Buffalo, Sadie and Jean-Quad Van Damme along with a special food menu, wandering magicians, balloon artists, and other side show acts turning their Long Beach location into a carnival fit for any adult that enjoys craft beer.

We arrived around 1:00 PM and while there was no line to get in, there was a two hour wait to get a table. We did like many and just opted to stand in the bar until a community table opened up. Getting a beer or ordering food at the bar was quick and easy; and it appeared to me that people were getting seated quicker than two hours.

After enjoying the beer, food and carnival atmosphere we decided to walk down the street to Great Society Cider & Mead. Great Society, as the name indicates, will serve only cider and mead on tap, with a few craft beer selections available in cans. They will also have a food menu suitable for carnivores and vegetarians alike. One of the owners is my friend, Otto Radtke, who you might remember as being the General Manager at Alpine Village in Torrance.

I first announced them in February as Independent Cider House; while they had hoped to be open by now, there is always something. This time one of the things involved a name change to Great Society Cider & Mead because they plan on fermenting their own ciders and the Great Society name was not already being used by any existing brewery, meadery or distillery. While visiting with Radtke yesterday he assured me they would be having their soft open in July. I will keep you posted about their soft open when it happens. Great Society Cider & Mead is located at 601 E. Broadway in Long Beach; on the corner of Broadway and Atlantic.

After a short visit with Radtke and his wife Brenda, and trying some outstanding ciders, we walked back towards Beachwood BBQ & Brewing which forced us to walk by Beachwood Blendery. As hard as it may be to believe, I have not been able to go to the Blendery when there wasn’t some special event going on; so I had to stop in.

The Beachwood 5 Year Anniversary spilled over to the Blendery, which had a good number of people there, but there was virtually no wait. Like I said, I have not really had an opportunity to try more than one or two beers there since they opened so it was nice to have 10 beers I have never had to choose from.

As you can tell from the photos, everyone was having a great time, Beachwood did it again. Congratulations to the entire Beachwood BBQ & Brewing team; you have really accomplished a lot in a relatively short time and we are lucky to be the people that get to enjoy the bounty. 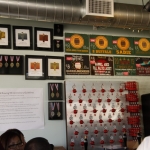 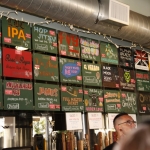 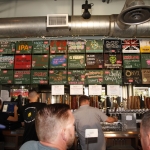 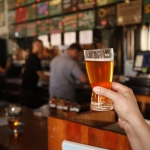 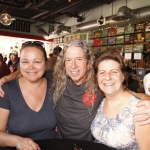 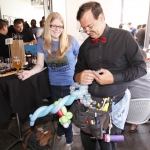 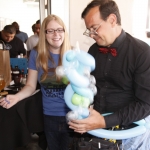 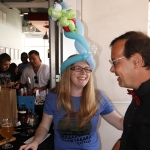 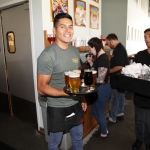 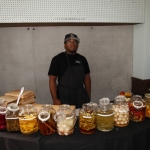 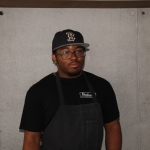 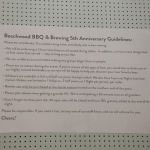 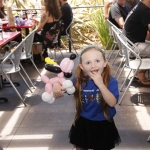 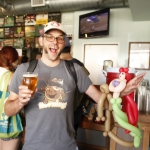 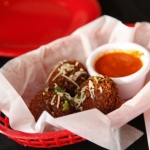 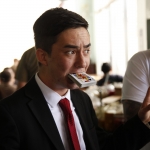 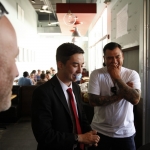 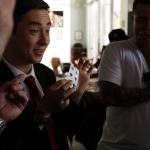 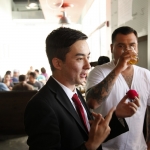 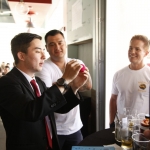