That was one busy Saturday, there were beer events going on all over the place; it took some careful planning to attend the events I did. One was a scheduling conflict between Phantom Carriage’s 1st Anniversary and Easy Reader’s 3rd Occasionally Annual Froth Awards and Beer Experience that was held at Saint Rocks at the same time. After lots of bouncing back and forth in my mind about which event to attend first, the Froth Awards won out; if for no other reason than I could stop by Monkish after Phantom’s event ended.

In the beginning, the first Froth Awards paired our five local breweries with five local restaurants and created a friendly competition between the breweries with the attendees voting on which pairing was best. The winners were those of us that attended. The Awards continued the following year, with five breweries again being paired with five restaurants. This time there was no voting because we all knew that we were the winners once again.

For some reason there was no Froth Awards in 2015, but they definitely picked up where they left off and perhaps improved it a little. This year, instead of it being a competition it was a celebration of local craft beer served with locally crafted food while we listened to locally crafted music. Again, attendees were the winners.

Instead of trying to pair with foods from seven different restaurants, HopSaint’s Steve Roberts worked with Saint Rocke’s Kitchen 142 to come up with some nice pairings. Like I said, I was not there long enough to try everything but HopSaint’s Killer Shrimp and the shot of Jameson were two of my favorites.

Music was provided by The Get Down Boys, Kira Lingman, The Walcotts and Sound of Ghosts. I was not there long enough to hear Sound of Ghosts, but the three I did here were all very good with Kira Lingman blowing my mind. I expected some folksy songs but got hard rock instead; it was great.

Congratulations to The Easy Reader, Saint Rocke and all the participating breweries for putting on a fun event; it was not easy to pull myself away. Cheers! 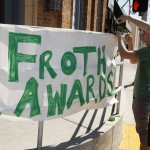 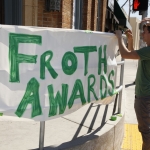 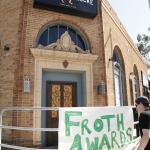 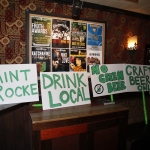 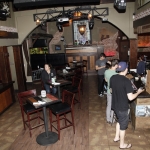 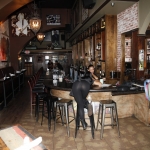 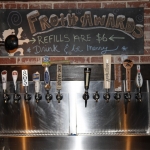 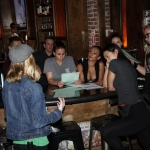 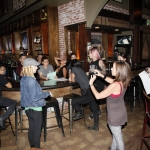 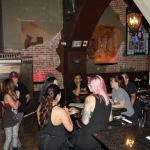 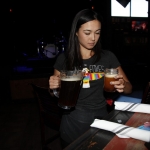 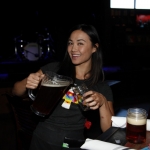 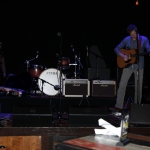 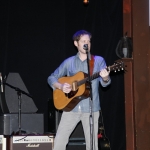 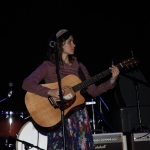 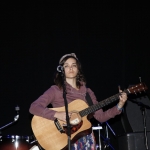 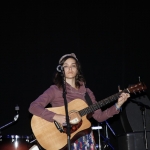 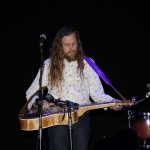 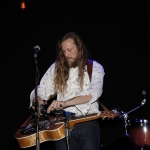 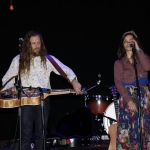