These photos were taken at the Phantom Carriage ribbon cutting which was held Thursday morning at their brewpub in Carson. Typically, the ribbon cuttings I have attended have been later in the afternoon, so I was pleasantly surprised to see the number of representatives from the City of Carson and the Carson Chamber of Commerce in attendance. Two things were pretty obvious; the first was that this was the first time coming to Phantom Carriage for many of them; the second was that they all seemed to enjoy the experience.

The Mayor of Carson, Jim Dear, started things off with a small ceremony out front to sign a petition in support of building an NFL stadium that theoretically would be the new home for the San Diego Chargers and the Oakland Raiders. They need about 8,000 signatures but Mayor Dear expects that they will get far more than that. You must be a Carson resident to sign the petition, so if you live in Carson and this is important to you, you might want to keep an eye out for signature gatherers.

After the petition ceremony we all moved inside for the ribbon cutting. Apparently, Dear is a fairly regular customer of Phantom Carriage and he made it clear that he has enjoyed his visits to Phantom and spoke of the success that their great brews and food have brought. One thing is quite certain, the City of Carson is very happy to have Phantom Carriage in their city and Mayor Dear looks forward to “several more” craft breweries calling Carson home. If the success of Phantom Carriage thus far is any indicator, Carson seems willing and able to become the latest craft beer Mecca of the Los Angeles area. Cheers!

Back to Phantom Carriage Ribbon Cutting Photos
[Show as slideshow] 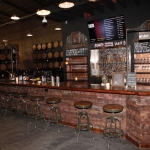 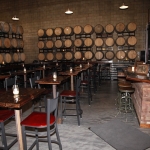 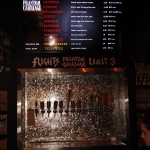 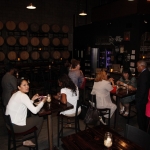 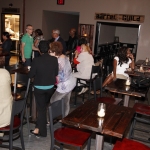 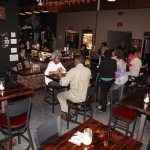 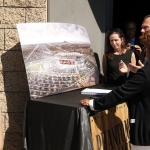 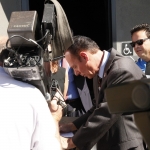 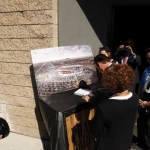 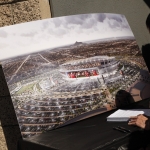 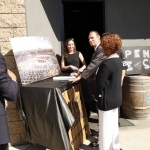 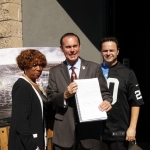 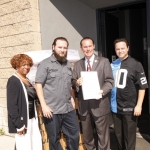 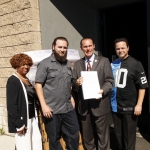 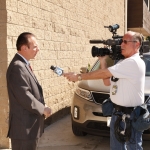