On Thursday evening the Business & Beer networking group paid one of its final visits to the Strand Brewing Company tasting room with a handful of attendees. The reason I say it was one of their final visits to the Strand Brewing tasting room is that Strand Brewing should be moving over to the Ale Triangle section of Torrance before too long. For those unfamiliar with the area I just described as the Ale Triangle, that is the part of Torrance that Smog City, Monkish Brewing and The Dudes’ are located; over by Western and Del Amo. I will have more information on that move as it becomes available and I am allowed to disclose it.

After the poor showing at last month’s Business & Beer networking event, the question arose; “Has Business & Beer run its course? Should we continue?” Between the handful of people that came to Strand Brewing for the event and those Strand customers that were curious enough to come over and talk to us about the group, it was decided that the group shall continue; at least for the time being.

One of those that came over and asked about the group was Nikki of Nikki’s Atomic Oven. She does meal preparations and came bearing gifts, some really delicious cookies. Hopefully Nikki will be able to join us at future gatherings.

Business & Beer was founded by Tanya and me in July of 2012 as an informal networking group for small business owners and others that networking was part of their job description; it also helps to be a fan of craft beer. The group started off meeting weekly for the first year, before deciding to make it a monthly event. Everyone is welcome; there are no dues or restrictions. Bring your friends or significant other; heck, bring them both. It really is a good group of fun people. Cheers!

Back to Business & Beer at Strand Brewing Company
[Show as slideshow] 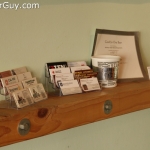 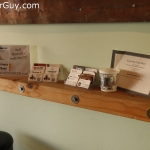 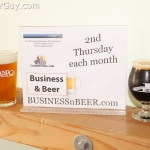 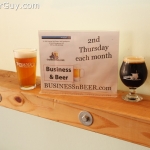 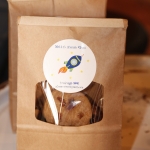 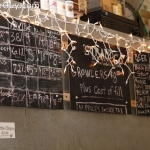 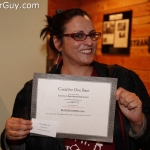 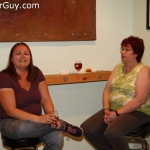 Back to Business & Beer at Strand Brewing Company