When Phantom Carriage first announced that they would be opening in Carson and specialize in sours, saisons and barrel-aged brews I know I was not alone in wondering if the City of Carson could sustain a brewery/blendery seeking such a niche audience. When we made our first visit there for the Media Day Soft Open Tanya was less than enthusiastic about even going because their style of brews is just not her thing but she discovered that she pretty much enjoyed everything we tried.

A month later we returned to see what kind of progress had been made and discovered tweaks to the beer and food menus, as well as seemingly small adjustments to the interior lighting and longer hours. It was then that co-owner and founder Martin Svab informed me that the Phantom Carriage grand opening is “now until early March.” Well, it is now early March and Phantom Carriage has officially had their Grand Opening which was held on Saturday.

As we drove down Main Street towards Phantom Carriage we could not help but notice cars parked all along the normally empty street; we had a feeling that these must be Phantom Carriage customers. This was confirmed when we pulled into their parking lot only to be greeted by a “Lot Full” sign and a long line of people waiting to get into the brewery itself. As I had another event to cover later I decided to just grab some photos then return later for close-ups; so if the photos look like they are from two different days, that is because they are.

Judging by my personal observations from my visit Saturday as well as commentary I noticed on my Facebook stream, I think the answer about whether or not a brewery specializing in sours can succeed has been answered. Saturday’s hours at Phantom were from noon until about 11:00 PM and from what could tell, they pretty much had a Standing Room Only crowd for the duration of the day. When I spoke to Svab during our visit Sunday evening he informed me that the Carson Fire Department gave them permission towards the end of the evening to let more people in than the posted maximum capacity allowed.

I did notice that by the time I finished taking photos on Saturday, the line outside had pretty much been brought inside so people could wait in the coolness of the building rather than stand out in the hot sun. For the Grand Opening, Phantom offered 15 of their brews on tap and had a couple beer stations set up for guest brews. When we returned Sunday evening, the lines were gone but they continued to do brisk business.

We tried a couple flights, partially for research purposes and to help expand Tanya’s palate. We started off with a Pleasance, Citra Muis and Rathbone and Tanya enjoyed them all (we both found Citra Muis to be the most interesting) so we tried another consisting of Bergman, Dolores and Opener Blend. They were all quite enjoyable and it appears Tanya’s palate is becoming more receptive to sours and wild ales; this is a good thing.

I think the question has been answered; yes, Carson can sustain a brewery that specializes in sours and wild ales. When a brewery has been open for three months and the biggest complaint is that there is still a line to get in, I think that is a pretty good problem to have.

Phantom Carriage is located at 18525 S. Main Street in Carson. They are now open six days a week; Tuesday through Friday from 11:30 AM – 10:00 PM, Saturday noon until 10:00 PM and Sunday noon until 8:00 PM. I have to mention that one of the most frequent comments I hear is from people that work in the Carson area and how much they love coming to Phantom Carriage for lunch. I may have to pay a visit soon just to see how crowded that gets. Cheers!

Back to Phantom Carriage Grand Opening Photos
[Show as slideshow] 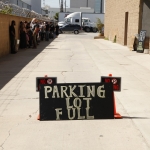 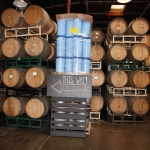 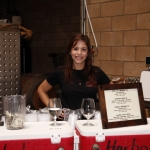 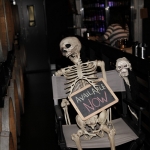 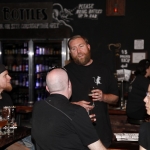 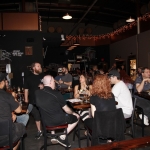 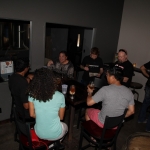 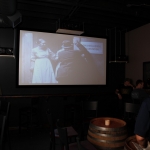 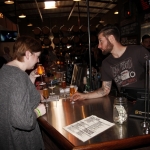 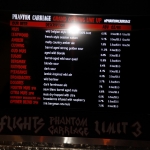 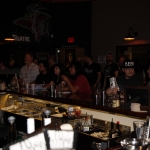 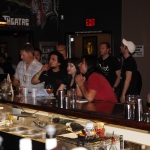 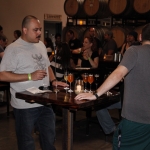 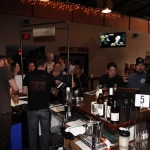 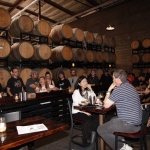 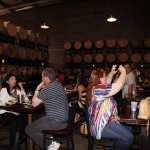 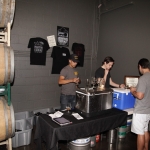 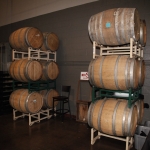 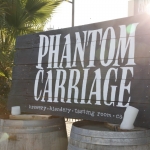 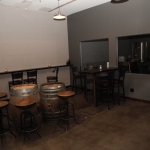