These photos were taken Sunday afternoon at Phantom Carriage Brewery in Carson, where a few dozen of their fans gathered to raise their glasses for a final time at the brewery/blendery which officially closed Sunday at 8:00 PM.

After celebrating Far Field Beer Company’s first anniversary, my friend Tomm Carroll joined me as we paid a final visit to Phantom Carriage, which is closing due to their building having been sold and the new owner apparently having different plans for the location.

While Phantom Carriage officially opened in 2015, I first became aware of them in 2013 when they would appear at various beer festivals, championing their Oude Muis, the brew that is credited with them deciding to open their own brewery/blendery/restaurant.

I remember when they first opened they did not do much in the way of “brewing” as they concentrated on barrel aging sours and wild ales; I frequently wondered if a brewery could survive without actually brewing. While they did eventually start showcasing their brewery, it was obvious early on that people were flocking there for their blended brews as was evidenced by how difficult it was to find a parking spot at any time of day.

When we arrived Sunday there was a small but steady group of customers; a few recognizing me and wanting their photos taken on Phantom’s last day.

All in all, it was a little somber, but at least I was able to have a couple final brews and I got a couple of the bottles that they still had available for purchase to-go.

There have been rumors that they had found a new location, but that fell through. The following is what they have posted on their Facebook page:

As you may have heard, the building we’ve occupied for over 10 years has been sold, and consequently we must either close, or relocate! We’re exploring all options to quickly find a location to continue retail sales, as we set up a new brewing operation.

Here’s what we’re looking for:

We are assembling a group of qualified potential investors, (ideally with brewery, taproom, property development, culinary or hospitality related backgrounds), as well as synergistic horror/film related enterprises with whom we can leverage our 10 years of operational experience to help make Phantom Carriage 2.0 a reality. We intend to incorporate new and innovative approaches to labor/material costs, Covid safety, and other looming challenges in the hospitality industry. If you are interested, (or know someone who might be), please email us: relocation@phantomcarriage.com

It’s ironic that over the years so many people have asked: “Have you ever considered adding new locations? We’d love to have something like Phantom in our hometown!”Well this may be your chance! If you are a fan of our unique approach to craft beer, enjoyable food pairings, and our immersive homage to Classic Horror Cinema, we can certainly use your help!

We want to say “Thank You”, from the bottom of our hearts, for the love and support so many have expressed! It’s a challenging situation, but we are inspired by your support, go forward suggestions, and fond remembrances!

Thank you to Phantom Carriage for all you have done to enhance the South Bay’s craft beer scene, and we hope to see you rebound soon. Cheers! 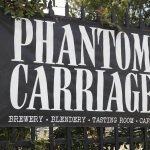 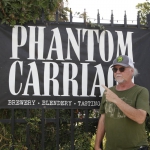 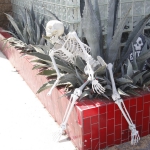 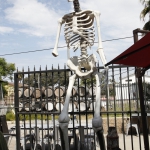 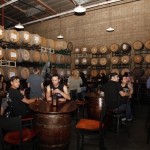 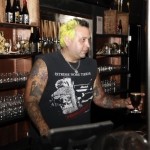 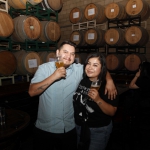 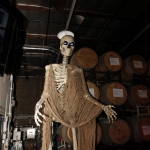 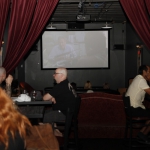 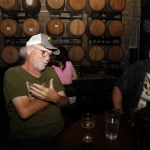 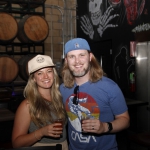