All four members of Pennywise, Jim Lindberg, Fletcher Dragge, Byron McMackin, and Randy Bradbury, were in attendance along with huge contingent of their fans. The members of the band did interviews, posed for photos and enjoyed both pints and bombers of the tasty, low ABV IPA.

Since Pennywise is a South Bay band, they initially contacted a few of the South Bay’s numerous breweries to do the collaboration with, but they ended up going with Eureka’s Lost Coast Brewery, most likely because Lost Coast brews about 20 times more beer than any of our local breweries are capable. Apparently, Lost Coast Brewery owner/founder Barbara Groom came out of retirement to brew this particular IPA which was dry-hooped with Cascade, Crystal, Chinook and Citra hops, which provides a nice citrus nose and a pleasant, mild hoppy flavor.

The easy-drinking Session IPA will be available as a limited release in select Southern California stores, bars and restaurants in early September, with expanded distribution in the coming months.

The Standing Room is located at 1320 Hermosa Avenue in Hermosa Beach. Cheers!

Back to Photos of the Pennywiser Release Party
[Show as slideshow] 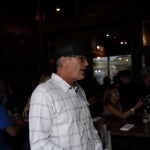 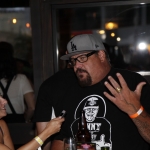 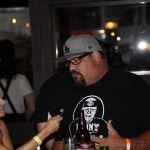 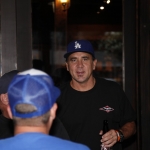 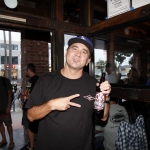 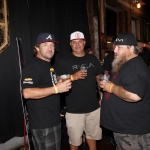 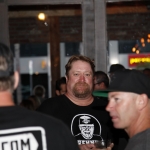 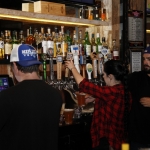 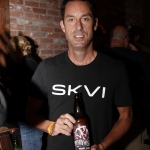 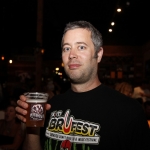 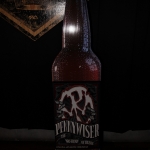 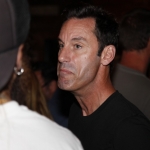 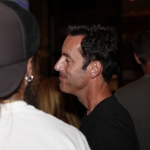 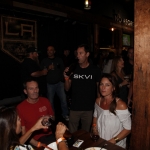 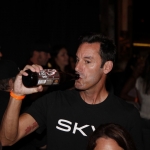 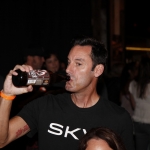 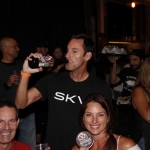 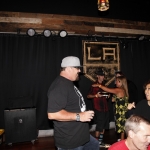 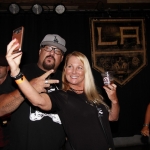 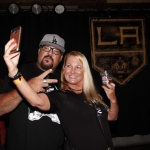 1 2 3 ►
Back to Photos of the Pennywiser Release Party