Pac City Brewery had their ribbon cutting was held at the end of April and since then they have been brewing up a storm, including the first beer ever named after me; Lloyd’s Hazel Nuts. While the beer was only a few days old it was pretty tasty, especially if you enjoy hazelnuts. I look forward to trying it again in a couple of weeks.

Because of the type of license Pac City Brewery has they cannot sell their brews at their tasting room, but they can give it away if having a function that is a fundraiser for a 501(C)(3) organization. So, while they work on getting the word out that Pacoima now has a craft brewery they have been displaying their beers by holding fundraisers such as their Beer Nights with Pac City which is being held Saturday, June 21 from 6:30-9:00. The $40 entry fee gets you full pint pours of whichever beer you desire, good music and Pac City tri-tip chili. A major portion of the monies raised will go to the LAPD Baker to Vegas running team. I sponsored Riverside Sheriffs a few years ago and went to photograph it; these guys are madmen. If you are interested, you can purchase tickets through Eventbrite. Pac City Brewery is located at 12780 Pierce Street in Pacoima.

After enjoying a couple of Pac City’s brews we headed over to MacLeod Ale Brewing Company in Van Nuys. You may recall that Van Nuys is the home to another brewery, but MacLeod Ale Brewing is slightly different in that they brew significantly smaller batches than their neighbor and I personally find their ales easier to drink than the lagers produced by their neighbor. MacLeod brews cask conditioned British ales; I only tried The Little Spree Yorkshire Pale Ale. I was reminded of a visit to London while drinking it. MacLeod brewing is also making baked goods with their spent grain which some of you may recall Tanya was also experimenting with. It was interesting to taste the difference in style.

I guess one thing that struck me as being different about MacLeod Ale Brewing from other craft breweries in Los Angeles is that they were actually able to get the licensing required for a tasting room. That is not an easy task in LA and it took them a couple of years, but it shows that with perseverance anything can be accomplished; even if it is controlled by the City of Angels. The grand opening will be held Sunday, June 22 from 12:00-8:00 PM. MacLeod Ale Brewing Company is located at 14741 Calvert Street in Van Nuys. Cheers!

Back to LA Beer Bloggers Summit 11 photos
[Show as slideshow] 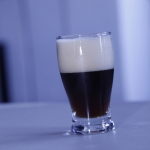 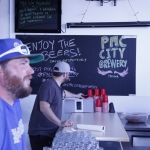 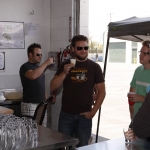 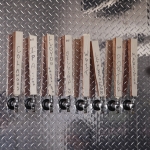 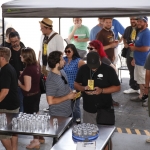 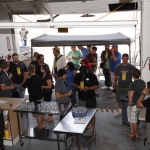 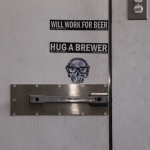 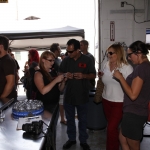 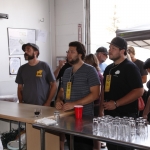 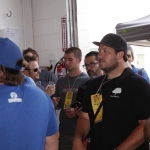 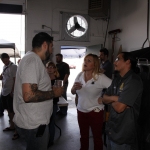 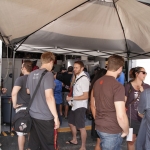 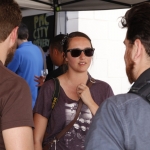 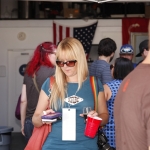 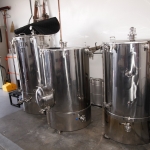 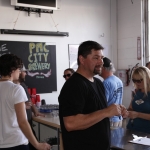 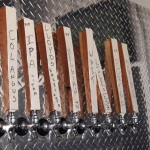 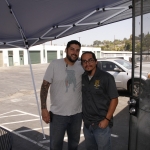 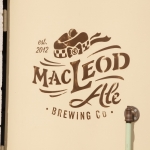