Tuesday afternoon I took advantage of the great Earth Day weather and rode out to the Los Angeles suburb of Pacoima to attend the ribbon cutting and soft opening of Pacoima’s first production brewery, Pac City Brewery. Pac City Brewery is a three (3) barrel microbrewery that will not have a tasting room in the foreseeable future but plans on working closely with local eateries and drinking holes to ensure their beers are readily available to those seeking it out. While they cannot have a tasting room, they will be able to hold events that include their beers on the spacious property that their brewery is located on.

The Pac City Brewing team is made up of CEO and head brewer Robert Cortez, Miguel Duran, Fernando Palacios and Robert’s brother Art Cortez. The ribbon cutting was attended by several friends and family members as well as the LA City Council, the Chamber of Commerce, LAPD and several representatives of the local craft beer scene.

After a short speech the ribbon was cut and guests were invited in to sample four of their brews, their Caramel IPA, Not so Amber Ale, Toasted Oat American Wheat Ale and their Chocolate Raspberry Coconut Porter. They also offered ginger ale and tea that are brewed on-site as well as pizza and sandwiches. Judging by the smiles, everyone had a good time. I will be sure to let you know when I hear about any special events that are open to the public. Pac City Brewing is located at 12780 Pierce Street, Unit #5 in Pacoima. Congratulations and good luck to Robert and all the team. Cheers! 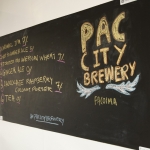 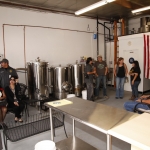 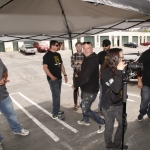 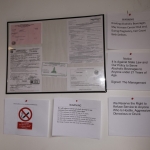 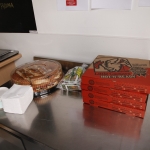 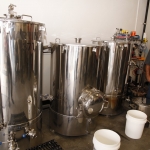 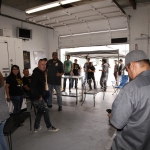 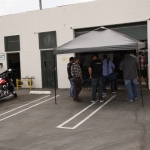 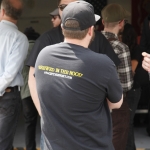 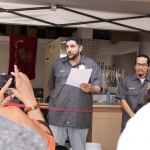 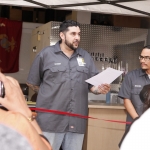 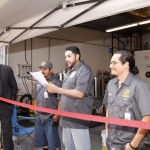 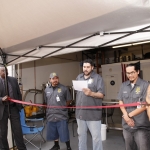 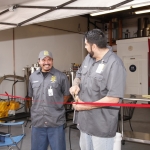 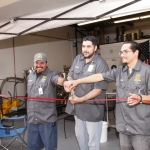 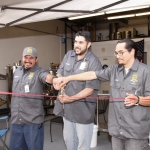 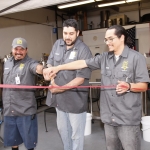 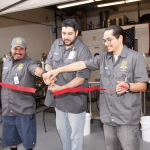 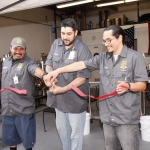 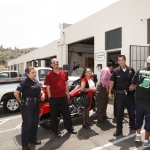 One Response to Photos from the Pac City Brewery ribbon cutting