A visit to Orange County microbreweries and brewpubs

At the beginning of the month I paid a return visit to Anaheim Brewery during which time I happened to get into a conversation with a couple that came into the tasting room. While our conversation naturally began with discussing the beers we were sampling, it did not take long for it to switch to our favorite local craft breweries. It was during this discussion that it dawned on me that I had barely skimmed the surface when it came to how many craft breweries in Orange County I had visited. This past weekend I decided to do something about it by visiting a few production breweries and brewpubs in the OC.

Tanya and I started off at Bootlegger’s Brewery, a production microbrewery located in Fullerton, CA. I must admit, I was a little surprised when we pulled up to the tasting room because it appeared to be extremely small from the front. When we went inside I saw close to 20 beers available on tap; it was then that I figured out that the brewery and the tasting room were at two different locations. Since I knew we would be making several stops over the course of the day, we opted to share a flight of four for a very reasonable $6.00. The flight consisted of a Sucker Punch IPA, Miss Double D Pale Ale, Double Dry Hopped Palomino Pale Ale and a Spiced Black Phoenix on cask. Bootlegger’s Brewery is open seven days a week and have bottles and growlers to go. While they are a production brewery they do not offer food, but you are welcome to bring food in. I noticed a pizza place next door. They have a very large patio area and there was a private party going on in one section so I think it is safe to say that if you want to have a party there, it can be arranged. The Bootlegger’s tasting room is located at 130 S Highland Avenue in Fullerton.

After enjoying Bootlegger’s we headed out to Brea and Taps Fish House & Brewery. As can be guessed by the name, Taps is a brewpub; in fact, it is a huge brewpub. The first thing I noticed, besides the large number of guests, was the number of awards that Taps Brewery has on the walls. Apparently Taps opened in 1999 and it looks like they have been consistently winning medals for their beers ever since. Since football was on, the place was packed and finding seating for two at the bar was not going to happen. We found a couple seats at one of the bars community tables and sat down to enjoy a Reuben sandwich and we split another flight. The flight was made up of an MJoe mead, Seaward Pale Ale, Azacca IPA and a Neo-Colonial Stout. I am becoming a big fan of Azacca hops, that is for sure. Taps Fish House & Brewery is located at 101 E Imperial Highway in Brea and they are also open seven days a week.

Our next stop was Noble Ale Works, a microbrewery in Anaheim. As far as the production breweries we visited are concerned, Nobel was by far the busiest. They may not have had the most beers to choose from but they definitely had some of the tastiest. We built a flight consisting of a delicious Pistol Whip’d Czech Pilsener, Breakaway Pale Ale, Big Whig IPA, Citra Showers and Gone To Plaid Wee Heavy Scotch Ale. In addition to pints and flights, Noble Ale Works offers growlers and several of their bottled brews.

After leaving Noble Ale Works we headed to Tustin and the Tustin Brewing Company, which is another brewpub. Tustin Brewing Company has been around for almost 17 years and is one of the survivors of the wave of brewpubs that opened in Southern California back in the 1990’s. Besides turning out very nice brews, Tustin Brewing Company has also been the home of a few brewers that have gone on to make a name for themselves; among them, Jonathan Porter of Smog City Brewing. In addition to the six beers they brew, Tustin Brewing also has a nice guest tap list with offerings from several local brewers as well as some of the bigger craft brewers like Oskar Blues, Avery Brewing and Goose Island. Their food menu looked enticing, but we were still pretty full from our lunch, so Tanya ordered a slice of chocolate cake. I have to go on record as stating that it has been a long time since we ordered chocolate cake, but it was delicious. It was well worth loosening my belt a little. Our flight consisted of one of each of Tustin’s brews including their flagship beers; Golden Spike Light Ale, Lemon Heights Hefeweizen, Red Hill Red and American Pale Ale. Their seasonal brews consisted of their Old Town IPA and More Cowbell Milk Stout. My understanding is that there is always an IPA of some sort, but it depends on the availability of various hops as to which it will be. The last tap will either be a porter or a stout, depending on when you come. Tustin Brewing Company is located at 13011 Newport Avenue in Tustin. They are open seven days a week and offer growlers to go; word is they will be bottling soon.

Our last stop was Brewbakers in Huntington Beach. Brewbakers is a “personal craft brewery and bread shop” which, in a nutshell, means that they are a Brew on Premise or BOP location. People that want to get into home brewing but do not have the space or equipment can head over to Brewbakers where they provide guidance, recipes, ingredients and the equipment for making your own beer. They allow you to make beers from extracts or full grain recipes; in addition, they have a kitchen in the back where breads, pizzas and pretzels are created from the spent grains. After talking to a few patrons it became clear that people come there for the social side of brewing. Groups of co-workers and friends come to brew beer and sample brews made by others while sampling the various breads that were available. Brewbakers’ recipes are for 20+ gallon batches which is more than the average customer will want to bring home, so whatever additional beer is leftover after the brewer has taken his share is put on tap and available for purchase. If sodas are your thing, the BOP is also set up for brewing sodas. We tried their root beer which was quite tasty. Brewbakers is located at 7242 Heil Avenue in Huntington Beach and are open seven days a week. They sell kegs, individual bottles and 6-packs of beers and soda. They had a recent change of management and apparently the new ownership is planning on opening a new brewery at the location next door, Revel Brewing Company, so watch for that.

I know I missed a lot of the Orange County breweries but I do not know them all; so if you would like me to include yours on a future tour, please feel free to leave me a message here or on my Facebook page and I will get out there as soon as possible. Cheers!

Back to Orange County Craft Breweries
[Show as slideshow] 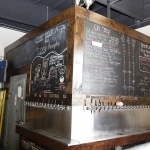 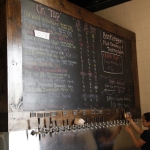 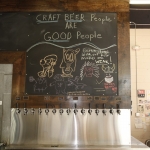 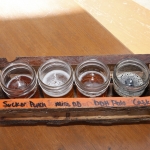 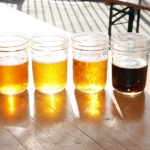 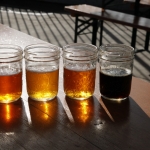 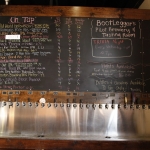 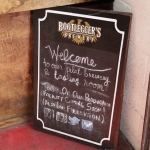 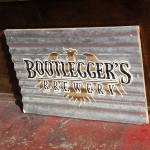 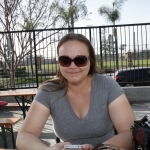 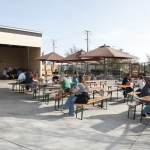 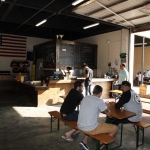 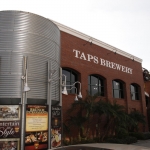 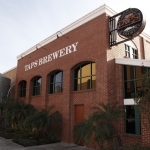 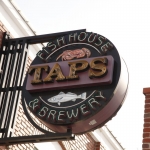 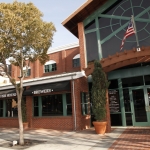 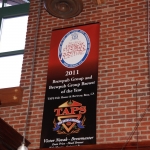 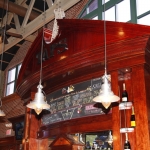 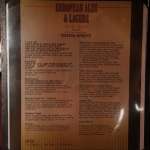 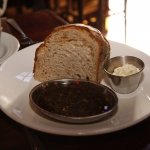 One Response to A visit to Orange County microbreweries and brewpubs