In the craft beer world there are few annual releases that are awaited with such anticipation as Russian River Brewing’s annual release of Pliny the Younger. Initially brewed in 2004, Pliny the Younger is released on the first Friday of every February. This true triple IPA is made in very limited quantities so is limited to draught pours at the Russian River pub for a mere two weeks at which point a few kegs are sent out to select Russian River accounts. One of these special accounts is Beachwood BBQ & Brewing who will have it at both their Long Beach and Seal Beach locations in February.

As you might imagine, it is not uncommon to see long lines outside of these locations when Pliny comes to town. I went to a Pliny release party last year that had 400 people lined up outside; the event started at 11:00 AM and the first guy in line had been there since 7:30 AM! The folks at Beachwood, being the nice guys they are, decided that instead of dealing with long lines of beer aficionados clamoring to get their yearly Pliny fix they would make this a fundraiser by selling raffle tickets for the chance at one of the 130 pints they will have available between the two locations with 100% of the proceeds benefiting the Melanoma Research Foundation. This is the third year they have done this; raising $7,000 in 2012, $9,000 in 2013 with a goal of $10,000 for 2014.

The tickets, a mere $5.00 each, went on sale January 14 and will continue through February 22. Be advised, the raffle tickets are a cash only deal, so when you visit Beachwood for some of their great beers and/or food, be sure to bring some cash for the tickets. They won’t add it to your bill. On February 24th, 2014, 130 raffle tickets will be drawn at random. The drawing will be streamed live on the New Brew Thursday webcast; winners will also be notified via email or phone. Winners will be able to redeem their Pliny the Younger pint between February 25 and March 6, 2014; Because of the limited quantities, winners will be directed to either Long Beach or Seal Beach to get their Pliny.

If you have never tried Pliny the Younger, this really is an exceptional IPA. Even though it has triple the hops of Russian River Brewing’s standard IPA it is quite balanced and smooth. I would say the best thing about it is that it isn’t as in-your-face as one might expect from a triple IPA. If you have tried it before, you know you want to again. The fact that others might benefit from your purchase will make it taste that much better, I assure you. Cheers! 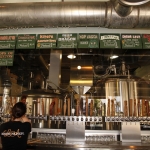 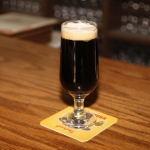 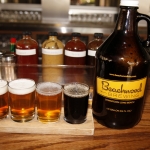 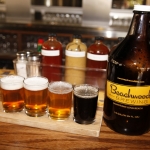 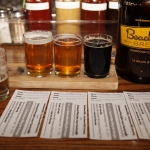 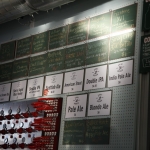 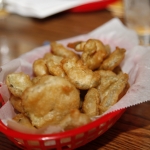 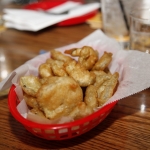 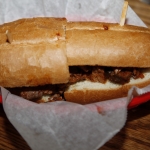 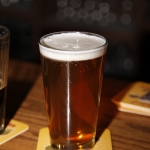