As this site becomes more popular, I receive more and more recommendations of places I should check out. If it is a craft brewery or brewpub, I am more than happy to make that visit. Probably more often than the brewery suggestions, I am directed to “gastropubs” and craft beer bars that have recently opened or modified their tap list to take advantage of the craft beer craze that has hit the area in the last couple of years. Let there be no mistake, I always appreciate recommendations but, believe it or not, I do not really go to bars very often. I will try to visit every tasting room and brewpub I can get to, but when it comes to craft beer bars the primary consideration is convenience as in it must be close to where I am. In other words, if I am in Alhambra I may hit 38 Degrees but I am not going to drive out to The Valley or downtown LA just to try a bar, no matter what the selection is. As a result, a lot of bar suggestions are not considered due to their locale. I have had times that the place was out of business by the time I got there. On the seemingly rare occasion I am introduced to a true find; O’Flaherty’s Tap Room is one of those, in my opinion.

I was told about O’Flaherty’s by Steve Farguson of Absolution Brewing, back around July. He told me that it was a new place that had an interesting tap list and he felt they deserved some notice. While I was interested, the main downside for me was pretty much the same reason I wanted to visit them in the first place. That reason was location; O’Flaherty’s Tap House is located at the shopping center located at the end of Hawthorne Boulevard at Palos Verdes Drive West. I knew right away that if Flaherty’s was all Farguson said it was, they had a great spot because there is nothing up there with a great tap list. Luckily, I like to go up to Pointe Vicente to try and photograph whales or the waves, so O’Flaherty’s is a nice stop and convenient a few times a year.

As you look through the photos you will notice the menu changes, because they were taken over two visits; the first was back in August and the second was my visit there on Saturday.

When I go to a new craft beer bar the first thing I look for is if they have anything I have not had; that does not happen often. When I looked at O’Flaherty’s menu I saw a brewery I had never heard of. I cannot remember the last time that has happened. As I drank my delicious Heroine IPA by 101 North Brewing Company, the brewery I never heard of, I looked over the list of available craft beers and had to hand it to them; they had a pretty nice tap list. There were beers I never really see around here. Heck, I did not know anyone down here even knew about Warped Brewing and this guy has it on tap!

I met the owner, Patrick O’Flaherty, and as a regular on Haight Street in the 60’s, I did not have a tough time believing a word he said as he spoke about living up there, playing music and being at Russian River as his friends sat around asking Vinnie if he thought the place was going to make it. When I asked him how it is that he has beers from a brewery I had never heard of and another from a brewery that I knew has been open less than a year, the answer was simple, “I go get it.”

When we returned Saturday, he had added another brewery I had never heard of, Petaluma Hills, and he had a couple taps from Woodfour Brewing Company, another Sebastopol craft brewery that is across the alley from the Warped tasting room.

The reason for our visit Saturday was not whale watching, but rather Tanya had read someone’s Facebook comment about the food and thought it was a good one; she was hungry and knew I had been trying to make a follow-up visit. We started off with their flat bread pizza which was pretty tasty but we had gotten a small one and we needed more, so we followed with a sandwich. It was good and the pricing seemed fair. O’Flaherty has plans for expansion of the kitchen so I look forward to seeing what the future brings.

O’Flaherty’s Tap Room is located at 31234 B Palos Verdes Drive West in Rancho Palos Verdes; it is where Hawthorne Boulevard ends at the shopping center that has the Admiral Risty and Starbucks, as old time landmarks. It is kind of tucked away at the south end of the complex. The hours bounce around a lot, so pay close attention. Monday 5:00-10:30 PM; Tuesday 2:00-10:30 PM; Wednesday and Thursday 12:00-10:30 PM, Friday and Saturday 12:00-12:00 AM and Sunday 1:00-9:00 PM. If you are taking a leisurely cruise around the Palos Verdes Peninsula, like to go whale watching or happen to live on the hill and enjoy craft beer, you now have somewhere close stop by. Cheers!

Back to O’Flaherty’s Tap House photos
[Show as slideshow] 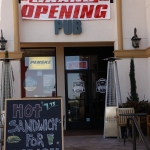 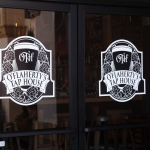 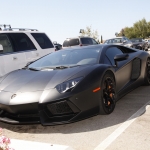 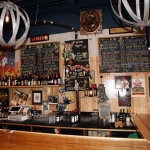 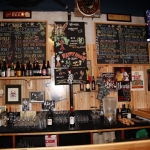 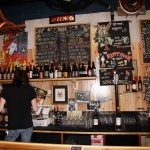 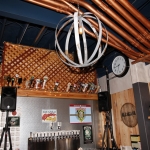 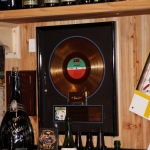 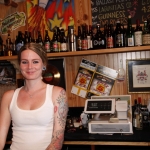 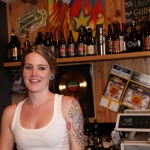 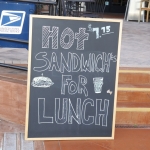 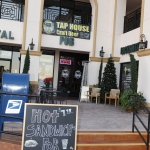 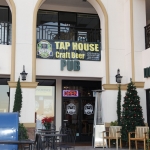 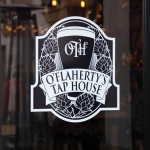 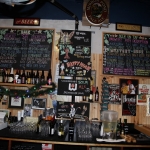 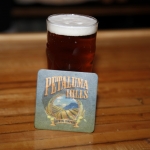 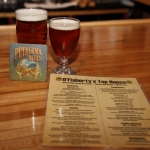 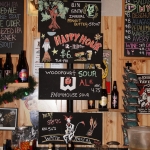