As you have probably noticed; I attend quite a few beer festivals of various sizes. I recently had someone tell me that they like to get a list of the beers that will be there then write down the names of the beers that they will sample. The other day at the Alpine Kraft Bierfest I spoke with attendees that try to find their favorite brews and a few that go out to seek new beers. That is pretty much my game plan. I try to find breweries I have never sampled before; then I concentrate on beers brewed by breweries I have limited experience with, primarily focusing on the beer I have never tried. It was at Taste of Brews in Long Beach last August that I first became aware of Ninkasi Brewing Company and more specifically, their Total Domination IPA.

Ninkasi Brewing Company was established in 2006 in Eugene, Oregon where they began brewing in some space they leased at a local restaurant. By 2007 they had moved to their current location where they continued to expand their production to the point that they now have a 55-barrel brewing system, with the capacity of producing 95,000 barrels per year of Ninkasi goodness. With all that beer in a state the size of Oregon it only made sense that they increased their distribution to include Alaska, California, Idaho, Montana, Oregon, Washington, and British Columbia.

It was a few weeks after the Taste of Brews that I noticed Ninkasi’s Tricerahops Double IPA while I was doing some beer shopping at Total Wine. I remembered with fondness the taster I had at the beer festival, and I do enjoy a DIPA, so it did not take much convincing for me to grab a bottle; the $4.99 price tag on the 22oz bottle sealed the deal. A couple days later I was back at Total Wine, this time trying their Believer Double Red Ale. It was another very nice beer with an outstanding price tag. I rarely shop by price, but Ninkasi Brewing turns out a quality product and at $5.00 for a 22oz bomber, how can you go wrong?

Last night we went to a beer/food pairing event put on by Ninkasi Brewing Company at Library Alehouse in Santa Monica. I was eager to try whatever Ninkasi was brewing; so we readily accepted their generous offer. I had been to Library Alehouse for the first time in September during LA Beer Week and knew I wanted to return to explore their menu a little deeper. This dinner would be a great opportunity to do both.

Our dinner included Total Domination IPA and Tricerahops Double IPA served with a Vegetable Curry Served in a Roasted Delicata Squash; Believer Double Red was paired with a Spice-Rubbed Chicken Roulade with Yam Puree; and dessert consisted of Sleigh’r Dark Double Alt Ale & Vanilla Oatis Oatmeal Stout served with a Pumpkin Panna Cotta with Chocolate Ganache and an Oatmeal Cookie. It was a great combination of delicious food, tasty beers and good people. Thank you to Ninkasi Brewing Company and Library Alehouse for a fun evening.

Back to Ninkasi tasting at Library Alehouse photos
[Show as slideshow] 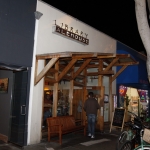 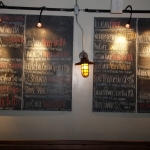 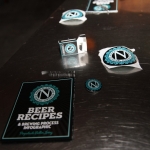 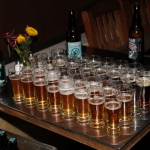 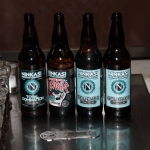 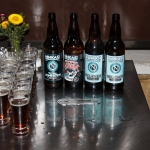 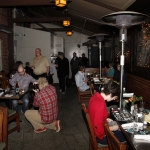 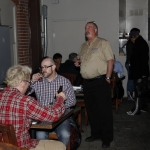 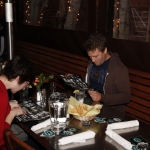 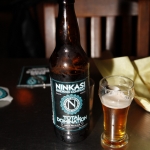 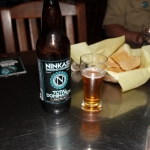 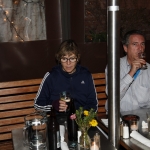 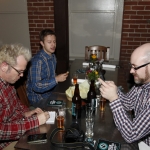 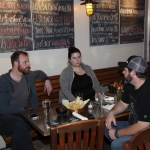 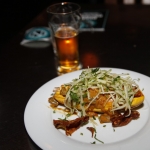 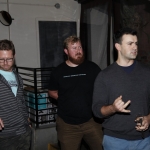 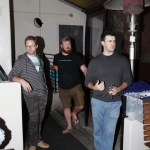 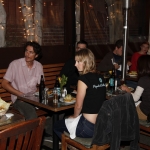 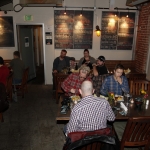 1 2 3 ►
Back to Ninkasi tasting at Library Alehouse photos