El Segundo Brewing Company (ESBC), a hopcentric microbrewery nestled between the noise of LAX and the aromas of Standard Oil’s refinery, provides relief from the din and pollution with some of the South Bay’s most popular IPAs and ales. Last year at their one year anniversary, ESBC released their first Double IPA; Two 5 Left. With Simcoe, Citra, Cascade and Chinook hops combined with Two Row, Vienna, Crystal 15 and Crystal 40 malts it is easy to understand why it was so well received. It is delicious.

During LA Beer Week last September, El Segundo released their second DIPA, Hop Tanker. Using Two Row and Vienna malts with Nelson Sauvin and Citra hops this Double IPA was light in color and maybe a little smoother tasting, but the ABV jumped from the 8.2 Two 5 Left to a tasty 9.5 on the Hop Tanker. Once again, it was very well received and discussions around the taproom started being held over which DIPA was the best. It was actually a very valid question because El Segundo can only brew so much beer at a time, and it was time to brew a DIPA again; but which one?

On Saturday, November 16, El Segundo Brewing Company held a Dueling Double IPAs event at their taproom. Flights of Two 5 Left and Hop Tanker were sold and the drinker was given a vote which had a value of 50 points. They also used the volume of beer sold during business that day. All sales of pints, growlers, bottles and tasters of the DIPAs were tabulated with the winning brew to be started December 2 and would be ready after Christmas.

So, would the new kid be the crowd favorite or would Two 5 Left hold its own against the 9.5 Hop Tanker? Well, Two 5 Left won and from what I hear, it was a pretty significant landslide. If you want to try for yourself, El Segundo Brewing Company is now open seven days a week. They are located at 140 Main Street in El Segundo, California. Cheers!

Back to Dueling Double IPAs photos
[Show as slideshow] 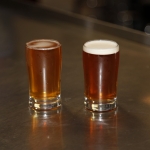 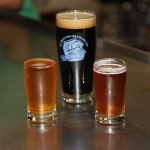 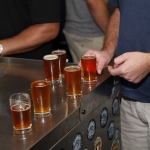 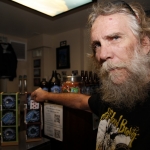 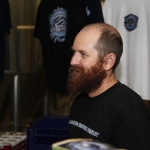 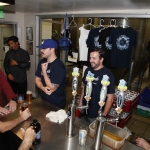 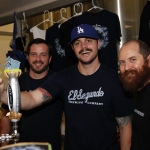 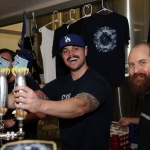 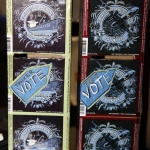 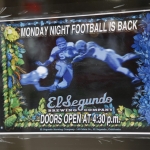